It's been ten years since we've seen such glorification of the Star Wars movie franchise.  Apparently, the latest episode of the movie epic has broken all kinds of records for advance ticket sales.  You might be asking, "Why should this be of any interest to us?  Aren't there more important things that should occupy our minds?"  Well, did you know that there is actually a religion inspired by the fictional warriors who battle the Dark Side?  It is called the Church of Jediism.  I kid you not!
Although Jediism started as a joke when people listed it as their religion during the 2001 census, the organization (which takes itself seriously) now lists 250,000 members, with an alleged 1,000 members signing up daily as excitement built toward the release of the latest movie, Star Wars: The Force Awakens. 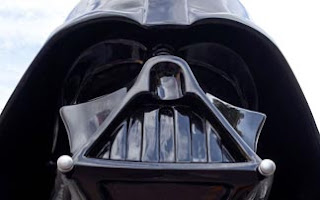 John 8:47    "Whoever is of God hears the words of God. The reason why you do not hear them is that you are not of God."