I'm sure you are all familiar with the circulated email campaigns that pop up in our Inboxes from time to time.  Most of the ones I get are either political or religious, and some come quite close to resembling chain letters.   You know the ones .... If you love Jesus, then pass it on.  And just yesterday I received one from a dear family friend, that at first glance, I planned to scan quickly and move on.
Yes, it was dated and had made the rounds before, but as I read it, I realized it deserved a second look, and an update, if you will.  It is a true story, and verified by Snopes.  (If they are willing to give credibility to a faith-based story, then you know it actually happened, right?)
Here are the facts:  The following is a statement that was read over the PA system at the football game at Roane County High School, Kingston, Tennessee by school Principal Jody McLoud, on September 1, 2000.  I thought it would be interesting to compare the state of the country at that time (in how far we had drifted from God) to the position we find ourselves in today, some 15 years later.  Principal McLoud's statement from 2000 appears in black, and my current comments appear in red... 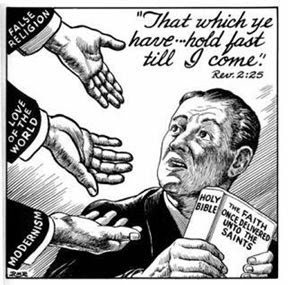 McCloud:  It has always been the custom at Roane County High School football games to say a prayer and play the National Anthem to honor God and Country.  Due to a recent ruling by the Supreme Court, I am told that saying a prayer is a violation of Federal Case Law.
Just ask Bremerton, Washington High School Football Coach Joe Kennedy, who was placed on paid leave in October 2015, after he refused to stop praying after football games.  The disciplinary action by the School District meant Coach Kennedy could not even be on the sidelines.  But that didn't stop him from attending the game as a fan, sitting in the bleachers.
As students and players approached Kennedy in support, members of the Seattle chapter of the Satanic Temple clad in ritual black robes attended the game to show their support of the School District's decision.
McCloud:  As I understand the law at this time [2000], I can use this public facility to approve of sexual perversion and call it an alternate lifestyle, and if someone is offended, that's OK.
On Friday, June 26, 2015, the Supreme Court ruled to legalize same-sex marriage.  In the opening paragraph of Justice Kennedy’s majority opinion, the court proclaims “The Constitution promises liberty to all within its reach, a liberty that includes certain specific rights that allow persons, within a lawful realm, to define and express their identity.” (Emphasis added.)
The court's recognition that individuals be permitted to self-determine—to define and express themselves—has unmistakable extension to rights for the transgender community.  In turn, this ruling now means that you may be forced to share restrooms with persons of the opposite sex who are still "searching" for what identity they want to express!
McCloud:  I can use it to condone sexual promiscuity by dispensing condoms and calling it safe sex. If someone is offended, that's OK.
Safe rooms are now becoming commonplace on school campuses.  These are zones where the newly designated LGBTQ students (lesbian, gay, bisexual, transgender and queer/questioning) can gather in welcoming, inclusive spaces so that all people are empowered to reach their full potential.  I have been told by students that this often translates to rooms set aside for make-out sessions.
McCloud:  I can even use this public facility to present the merits of killing an unborn baby as a viable means of birth control. If someone is offended, it's no problem.
Now the promoter of selling baby body parts, Planned Parenthood, has instituted the Peer Education Program, which provides semester-long training on high school campuses.  Peer Educators perform service projects to teach their fellow students about "healthy relationships, teen violence, body image, and sexuality, reproductive health, and more."  I don't know about you, but I don't want an organization that fails to admit they are murdering babies and then selling their body parts for profit, to be teaching any teenager in my family about their body image, sexuality, reproductive health ... and I certainly want to know what the "more" is that they have to offer.
McCloud:  I can designate a school day as Earth Day and involve students in activities to religiously worship and praise the goddess, Mother Earth, and call it ecology.  I can use literature, videos and presentations in the classroom that depict people with strong, traditional, Christian convictions as simple-minded and ignorant and call it enlightenment.  However, if anyone uses this facility to honor God and ask Him to bless this event with safety and good sportsmanship, Federal Case Law is violated.
All one has to do is take a look at the suggested accommodations that the University of Missouri proposes for religious celebrations on campus, and you will see that every attempt is being made to diminish the Christian God.  You will find celebrations for major religious holidays for Wiccans, Pagans, Hindus, Islam, Jews, Druids and Buddhists outnumbering those for Christians.
In addition, in September 2015, students at a Tennessee public school were instructed to transcribe the Shahada, one of the Five Pillars of Faith in Islam, and write “Allah is the only god.”  This after an entire unit on Christianity was skipped.  Could the agenda be more clear?

The following is the conclusion of Principal McCloud's statement over the PA system, and the response of the crowd at the football game:
McCloud:  This appears to be inconsistent at best, and at worst, diabolical.  Apparently, we are to be tolerant of everything and anyone except God and His Commandments.  Nevertheless, as a school principal, I frequently ask staff and students to abide by rules that they do not necessarily agree. For me to do otherwise would be inconsistent at best, and at worst, hypocritical. I suffer from that affliction enough unintentionally. I certainly do not need to add an intentional transgression.
For this reason, I shall render unto Caesar that which is Caesar's and refrain from praying at this time. However, if you feel inspired to honor, praise and thank God, and ask Him in the name of Jesus to bless this event, please feel free to do so. As far as I know, that's not against the law — yet.
AND ... one by one, the people in the stands bowed their heads, held hands with one another, and began to pray. They prayed in the stands. They prayed in the team huddles. They prayed at the concession stand.  And they prayed in the announcer's box. The only place they didn't pray was in the Supreme Court of the United States of America — the seat of "justice" in the one nation under God.

As you can see, by the year 2000, the effects of the 1962 Supreme Court decision (Engel v. Vitale) that removed prayer from schools, had done its damage.  But now, 15 years later, we see that the campaign to remove God from our schools has bled over into removing Him from every facet of our lives and society.  We see pagan culture and religion on the rise; we see alternative and ungodly lifestyles promoted; and we see the murder of God's creation promoted as a "right", and by which the evil organization that propagates it can make a profit.
But although the advancement of Evil against the profession of faith in the One True God seems to be winning, we must not lose sight of His remnant --- those who stand with Coach Joe Kennedy; or those parents who protest the teaching of Islam to their children in a public school; or the individual actions that each of us take every day to honor and glorify our Lord.... He ALWAYS has a remnant!
The Supreme Court, and the lower courts of this land, may execute their rulings against God, but we of the Faith (and the Remnant) know that the True Seat of Justice lies with Him in Heaven, and there will be a reckoning for these unholy statutes.  Until then, we must strengthen our faith, support each other, and like Joe Kennedy, decide for ourselves what our limits are for rendering unto Caesar...

Psalm 119:89-91     "Your word, LORD, is eternal; it stands firm in the heavens. Your faithfulness continues through all generations; You established the earth, and it endures. Your laws endure to this day, for all things serve You."