'My People Perish For Lack of Knowledge'

There has certainly been enough news across the airwaves lately to keep us all excited and stimulated ... Russian airstrikes in Syria; the Russian/Iran/China partnership; upheaval in our political process; warnings of a global economic collapse, just to name a few.
Yet, the conversations I am hearing from people around me, and through this blog, are not as concerned about these admittedly frightening prospects.  Instead of concentrating on praying for our nation and world leaders, I am receiving requests to pray for individuals who are being overwhelmed with confusing and distressing spiritual attacks.  Let me rephrase that ... Christians are in much need of spiritual knowledge because they have been ineffective in fighting the Enemy.  In fact, they often don't recognize the true nature of their burdens and why they feel under siege.
So, what comes to my mind, is a word that the Lord spoke to the prophet Hosea... My people perish for lack of knowledge.  For a long time, I felt that this Scripture referred to the absence of genuine Bible study among avowed Christians; that we lacked understanding and comprehension of the Bible as a whole.  But I now think that this verse is directing us to a specific knowledge that we lack, and therefore it is contributing to our perishing. 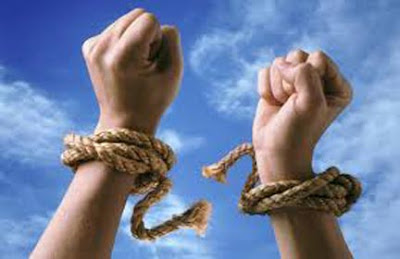