From Their Own Mouths: The Diabolical Delusion of Abortion

Let's be clear about something.  I can no longer abide all the "politically correct" nuances surrounding abortion.  To define this horrific practice as simply a termination or miscarriage (as the Apple Dictionary does on my computer), is not giving the true meaning to the underlying motives of those who practice it, nor the truth about the actual procedure that takes place.  Even the word termination is too mild.  The dictionary definition of termination is "the action of bringing something, or coming to an end."  In the case of a fetus, we are talking about a baby... or let me express it more clearly... bringing someone to an end.
The reason that I feel so moved to be explicit on this terminology is because of two recent stories I ran across.  The first was an article on Breitbart.com that reported on Planned Parenthood retweeting a statement from abortionist Dr. David A. Grimes, who said, in response to the state of Kansas banning D&E abortion, “D and E abortion is not a problem any more than a mastectomy is a problem. Both are solutions to a problem.” 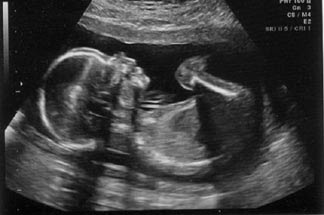 Isaiah 26:21    "For behold, the Lord is coming out from His place to punish the inhabitants of the earth for their iniquity, and the earth will disclose the blood shed on it, and will no more cover its slain."
Posted by Pam Kohler at 7:00 AM