This Month of September

We all have a worldview.  That is to say, we all have a particular philosophy of life or conception of the world.  Whether you are tuned into current events or not, you have some kind of opinion on what is going on in the world.  There are people who have adopted a "normalcy bias" and choose to think everything will be alright; although they can't avoid the obvious tension in the air over our erratic economy, or the concern over the fate of our country in world affairs -- but they choose to think that everything will go humming along just like it has their entire life.
Then there are those who may be seriously worried about the drums of war that are sounding from across the globe.  Everyone from Russia to China to Iran to ISIS has threatened to "take us down", both economically and militarily.  These folks have a keen sense that we are on the edge of a dramatic course of events, and their senses are highly alert.
Finally, there are those of us who have a Christian or Biblical worldview, which refers to the framework of ideas and beliefs through which a Believer interprets the world and interacts with it.  While there may be varying world views among Christians, most of us would say the Bible is the center and source of our philosophy on what we see happening in the world.   I have made it pretty clear that my opinions on all things in my life and the world are based on my Biblical worldview. 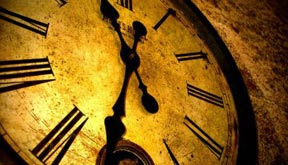 All that being said, how many of you have heard the warnings of "something big" happening in this month of September?  The alarm bells have been sounding for a year or more ... many Biblical scholars, and theologians have all pointed to September 2015 as having great significance for mankind.  But more recently, secular commentators have been forewarning of an economic collapse during this month; and how could we ignore them with the volatility of the stock market?  They have also commented on the possible ramifications of our nation signing the Iran Nuclear Deal.  And who can ignore all the uproar and confusion over exactly who or what Jade Helm is, and what is supposed to happen this month?  There is certainly enough from a nonreligious worldview to keep us on edge.  Is time running out for the survival of man on earth?
But what about this question from the perspective of the Biblical worldview?  To understand the central point of this post, you need to understand that I believe God is an orderly God, and He accomplishes His purpose and plan for mankind according to a holy calendar established by Him.  He created the solar and lunar systems, and established the day and months.  A careful study of the Bible will reveal the times that He ordained to be set apart unto Him.  So, what has all this to do with this September, and what does it specifically have to do with God?
First of all, according to God's prophetic calendar, He has ordained specific "holy days" (which we have changed to "holidays") to be Feast Days honoring Him.  According to the Bible, these appointed times were to be observed by all, as evidenced in Leviticus 23:21:  [They shall be a statute forever in all your dwellings throughout your generations.]  The biblical Holy days reveal God's Plan of Salvation for the faithful believer.  They depict significant events, past, present, and future; and each holy Feast Day is a picture of Jesus and His redemptive work on behalf of man. The Spring Feasts of Passover, Unleavened Bread, and First Fruits not only show us Jesus as the sacrificial lamb (Passover); as the Bread of Life, without sin (Feast of Unleavened Bread); and the First Fruit of the harvest of souls (Feast of First Fruits) --- but He died on Passover, was buried on the Feast of Unleavened Bread, and was resurrected on the Feast of First Fruits!  To carry on His Plan of Salvation, God sent the Holy Spirit to write His commandments on the heart of Believers on the day of the Feast of Pentecost, which commemorated the giving of the Law to Moses on Mount Sinai nearly 1500 years before. 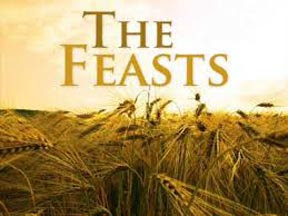 While that may seem quite astounding and coincidental to those who do not have a Biblical worldview, I am hoping that they see how even more breathtaking the Fall Feasts are.  If Jesus's First Coming occurred on the Spring Feasts, it shouldn't be difficult to surmise that our orderly God would give us a picture of Jesus's Second Coming, which will occur on some future Fall Feast.  And that is what makes this September so intriguing for us Believers.
The Bible tells us that the Feast of Trumpets (Rosh Hashanah) celebrates the return of the King (as Messiah) and the Rapture of the Church of Believers.  It is known as the "Day of the Lord".  The Day of Atonement (Yom Kippur) is a day of repentance and recognition that Jesus sacrificed His life for ours.  It most likely also represents a future Day of Judgment for all mankind.  Finally, the Feast of Tabernacles (Sukkot) shows us that Yeshua is our Tabernacle (our sanctuary) as we celebrate our deliverance from this sinful world.  It is also a "feast of ingathering" of the fall harvest, which is symbolic of Yeshua's gathering the faithful to Himself in the Millennial Kingdom.  So you can see, that the Fall Feasts are a time of rehearsal for His Second Coming, and a time of great expectation.  So in light of all the focus on this September, the question becomes, "Will He come on this year's Fall Feasts?"
We are told by Jesus, Himself that we are not to know the day or hour ... but we are also told that we should be aware of the times and seasons (the Feast Days) because we know that the Day of the Lord comes as a thief in the night (1 Thessalonians, Chapter 5).  But, as Christians, do we read and consider the rest of that passage ... that we are told we are not in darkness, so that we shouldn't be surprised; that we should not sleep, but watch and be sober?  God has shown us His plan through the pictures that His Feast Days demonstrate.  So can you see that on some future Feast of Trumpets in the Fall that Christ will set the final stages of God's Plan of Redemption in motion?
So would all the interest and speculation about "something big" this month have anything to do with the Fall Feasts?  Is there anything that points us to the possibility that the Feasts of 2015 are any more significant than any other Fall Feasts over the last 2000 years?  If you have been paying attention to the world, there has certainly been enough hubbub over the occurrence of the red Blood Moons, by both secularists and Believers.  To summarize as concisely as I can, a "blood moon" event is pretty spectacular in itself; it's when all of the sunsets and sunrises in the world will be experienced at once, refracted onto the surface of the moon, resulting in the red, or blood, color of the moon. 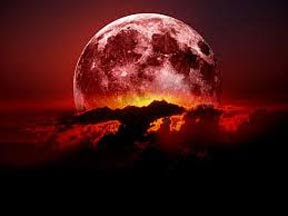 What has caught the world's attention is the fact that these "blood moon"events have been set to occur FOUR TIMES since April 2014 and September 2015... each occurring on a Lord's Feast Day!  The first was April 15, 2014 (Passover) and October 8, 2014 (Tabernacles); and then April 4, 2015 (Passover), and the last to occur in a few weeks on September 28, 2015. (Tabernacles).
I think you would agree with me that the chance of four Red Blood Moons occurring in succession is a pretty big deal.  But here is an absolutely astounding piece of information... there have been tetrads throughout history, yet every time the Blood Moons have fallen on a Feast Day of the Lord, as proclaimed in the Torah/Bible, something prophetical has happened to the nation of Israel.  (You can read some of the interesting incidents on the blog post I wrote about the Blood Moons.) Considering that the next tetrad of Blood Moons is not scheduled until 2032, we should be asking, "Is there anything going on in the world that points to possible events concerning Israel this year?"
And when you combine this extraordinary year and the precipice upon which the world teeters, can you see the significance of the "signs in the sky", along with the cacophony of warnings about everything from world war, a collapsing world economy, the mystery of who or what Jade Helm is, and the overall instability of all our cultural and spiritual foundations?  Don't you think we might ought to consider taking a closer look at what God is trying to reveal to us through these upcoming Fall Feasts?
My husband and I will be joining with our much beloved and devoted group of "Home Church" believers this month to celebrate the Fall Feasts, and to earnestly contemplate the blessings of having God show us His planned redemption for those who have faith in His Son.  We are spread out across more than 100 miles, so we will individually celebrate the upcoming Feasts, but have chosen to come together at the end of September to celebrate the Feast of Tabernacles, and to praise the Lord for showing us what the final stages of His plan will look like.  We will not be caught unawares, as by a thief in the night!  We are aware of the times and the season; we are not in darkness; and we are awake, sober, and eagerly awaiting the Day of the Lord!  Will it happen in September 2015?  No one knows, except the Father; but unlike most of the world, we are not asleep and we are taking careful notice of world events.  Our celebrations begin in less than one week, at sundown on Sunday, September 13th, for the Feast of Trumpets.  Tune in tomorrow, and I will share more of the significance of this day and how we plan on specifically celebrating this possible "Day of the Lord".  I hope you consider joining us in your own family celebrations.

Habakkuk 2:3    "For still the vision awaits its appointed time; it hastens to the end—it will not lie. If it seems slow, wait for it; it will surely come; it will not delay."