I saw the box office numbers and they were impressive.  And the critics reluctantly applauded its strong ranking among the release of summer's last movies.  But that's not why, over the weekend, I wanted to see the movie, War Room, the latest movie by Alex and Stephen Kendrick, producers of a new genre of movies for people of faith.  Like many Christians, I have lamented the lack of good, wholesome movies that represent my values.  If one happens to prefer violence combined with soft porn; or want to be entertained by futuristic predictions of the collapse of mankind; then today's movies are made for you.  The Kendrick brothers decided to change that dynamic, and have produced a series of movies for the faith-based audience; movies such as Flywheel, Facing The Giants, Fireproof, and Courageous. 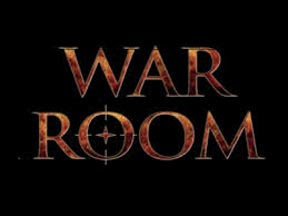 So, if you've been waiting for a movie to feed your spirit and which you know will truthfully and accurately reflect your faith, then go see War Room.  The word of mouth about this movie has been phenomenal and it did not disappoint.  The story is a familiar one:  a marriage in trouble as two people are caught up in lives centered on this world and what it can give us.  Then enters the character of Miss Clara, who mentors the wife in creating a prayer life that transforms her and her family.  It's a simple plot, but with a clear strong message.
I expect that this movie will touch Christians in different ways; providing them with encouragement in the exact areas in which they find themselves.  The obvious message is that of influencing and convincing the audience in the power of an active prayer life.  For me, the heart of the movie was the subtle, but powerful, message it conveyed on the delivering power of prayer  -- specifically regarding how we have been given the power and authority to deliver ourselves and others from the grip of Satan and his temptations.  Sadly, I doubt that very many Christians recognized the undertone of the character Elizabeth's verbal attack on the devil.  During an emotional and passionate scene, she follows the mandate of Scripture ... resist the devil, and he will flee.
But it was her tactics that spoke loud and clear to me.  She was practicing Deliverance!  She shouted Scripture; she invoked her authority (from Jesus) to do battle with the Enemy; she demanded that the devil break his hold on her husband; she verbally cast him out of her home and their lives in the name of Jesus (an essential condition in Deliverance); and she declared victory over him by the power of God.  And, if you are schooled in Deliverance, you will recognize the effect of that deliverance on her husband.  What happens to him while at dinner with a temptress is one of the manifestations that the devil and his demons are leaving you.
How many people in the audience recognized that this scene was more than the result of some creative writing by the movie's producers, but actually portraying the method of deliverance from demons?  Perhaps this important area of our Christian walk, which has been all but ignored and forgotten by the Church, will become a greater theme in the next movie by the Kendrick brothers.
Concerning another aspect of the movie, I must be honest in telling you that if you are going to see the movie expecting the big cinematography and production qualities that the major studios brought to such Christian-themed movies as Noah and Exodus: Gods and Kings, then you will be disappointed.  This movie is quieter in action and dialogue, but delivers a purer message of the power of God than those blockbuster productions.  But that is exactly the intention of the Kendrick brothers.  They are not making movies for the general public.  They are making movies specifically for the Christian audience.  "For people of faith, much of the entertainment that's out there is dishonoring to that faith, but we all want to see engaging, enriching, entertaining stories as well. So we long for that. We just want to tell it from a positive vantage point," Alex Kendrick said.  Priscilla Shirer, (a Christian speaker and author), who plays Elizabeth, expressed the hope of the movie:  "I don't think it's by chance that God's going to use this movie to call people to their knees," said Shirer. "(Nor do) we really believe prayer works, because if we really did, we would actually pray and pray more. Prayer is what invites the power of heaven into the circumstances of earth." 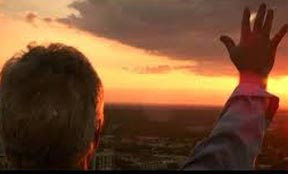 Miss Clara's powerful monologue at the end of the movie is a call to all Christians to rise and invite that very power from heaven into this fallen world.  Her passionate speech re-emphasizes the message and point of the movie which is directed at Christians and their lukewarm prayer lives.  Although it was not produced with a goal of winning souls in a secular audience, it remains to be seen if this movie's powerful message crosses over to the mainstream culture.  We know that God can use all things for His Glory.
In my final analysis, War Room will not disappoint its Christian audience.  It is a powerful message to Christians to re-engage in prayer with God; to trust Him to work in our lives; and to use the Authority from Christ and the Power of the Holy Spirit to resist the devil .... because we can make him flee!
Whether it will draw unbelievers to the theater, remains to be seen.  However, the influence of movies like this -- those designed specifically for Christians -- has been to make Hollywood sit up and take notice.  It is obvious that they recognize the importance of the Christian dollar, and that's why such movies as Noah, Exodus and the 2016 release of Risen, continue to be made.  (Risen is the story of a powerful Roman Centurion, who is charged by Pontius Pilate to investigate the rumors of a risen Jewish messiah and to locate the missing body of Jesus of Nazareth in order to quell an imminent uprising in Jerusalem during the first 40 days following Christ's resurrection.) But until they present an accurate picture of our Lord and Savior, the millions they spend on these blockbusters will not result in profit.  But the Kendrick  brothers have shown the Hollywood establishment, and the culture at large, that Christians are a powerful segment of the theater-going public.  We are making an impact! Give us what we want -- true, accurate Biblical portrayals of our faith -- and we will come!