Will Future Generations Understand The Meaning of 4th of July?

That might seem like a superfluous question.  But just take a moment and watch this video of Americans in this generation that don't have a clue!  You might think it is a humorous display of how little Americans know about our history, or why we celebrate the 4th of July, but I find it extremely disturbing. 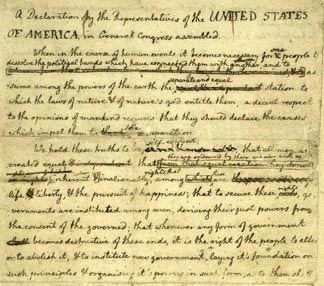 1 Peter 2:16     "[Live] as free people, [yet] without employing your freedom as a pretext for wickedness; but [live at all times] as servants of God."