The Hyprocrisy, the Deceit, and the Absurdity

In light of yesterday's post on "the cultural cleansing of the South", I could not resist commenting on the cowardice and deceit of one of Hollywood's most outspoken political activists, Ben Affleck.
It seems that Affleck was a scheduled guest on the PBS show, Finding Your Roots, in which celebrities trace their ancestral heritage.  Somehow, the producers of such shows thinks it is fascinating to us "normal folks" to watch these celebrities discover the unknown facts about their six-times great grandfather.  In fact, one of the segments of Affleck's episode shows him astonished at the revelation that a distant relative fought in the Revolutionary War.  Befitting any Hollywood leading man, ol' Ben is thrilled to find that his great-great-great-great-great-great grandfather was a hero.
But there was something left out of the televised version of Ben's family narrative.  Apparently, it was also revealed that several of Affleck's ancestors were slaveholders ... 14 ancestors, owning 242 slaves, to be exact (as discovered by Breitbart.com).  While none of us in the modern world would agree with our ancestors owning slaves, it was the standard IN THE WORLD at that time in history.  That's not an excuse ... it's simply the truth.  But it is what Ben did with his ancestral history regarding slavery that is so disturbing. 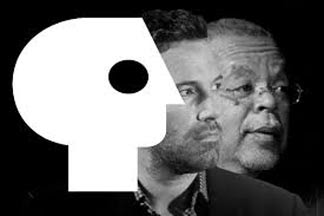 He lobbied the producers of the PBS show to delete that portion of the program in order to hide this part of his family history.  First of all, I find this to be not only dishonest, but sad.  It just proves that our culture of entertainment is all about appearance, not the truth.  Ben was successful in getting his segment edited so that the footage showed him in a "heroic" light, rather than giving a historically accurate picture.  Really, Ben ... are you that insecure?
Secondly, I am really getting weary of the tendency in our society to judge all white people in 21st century America by the standards of an institution that can be traced back to the earliest records, such as the Code of Hammurabi (c. 1760 BC)!  The Ancient Greeks practiced slavery of peoples of different color and ethnicities; the Roman Empire enslaved entire populations; and the Byzantine-Ottoman wars in Europe resulted in the taking of large numbers of Christian slaves and using or selling them in the Islamic world.  And let's not forget the Mongols, the Vikings, the Barbary Pirates, and so many more. The fact is that slavery was not suddenly invented by Southern white plantation owners in the American South!
And isn't it time that the slavery apologists admit and recognize that unfortunately, slavery was a regular part of the African societal experience?  Sadly, while an inherently evil practice among human beings, African tribes were exploited by their own, once Europeans realized that they could export African slaves for profit.  This fact does not excuse anyone -- and we must face the dark stain upon our national history that slavery represents.  But should we be judged today in light of our ancestor's use of a despicable institution that was common to the world?  In fact, I do not know of one person -- whether white, black, brown, yellow, blue, or orange that maintains that slavery was a noble cause.  Not one!
So, I also take issue with Mr. Affleck's sheepish apology:  "I didn’t want any television show about my family to include a guy who owned slaves. I was embarrassed. The very thought left a bad taste in my mouth," Affleck wrote in a Facebook post. "I regret my initial thoughts that the issue of slavery not be included in the story. We deserve neither credit nor blame for our ancestors and the degree of interest in this story suggests that we are, as a nation, still grappling with the terrible legacy of slavery."
See, Ben, it's what we do in the here and now that matters.  So your vehement defense of all Islam as peaceful, based on the historic definition of the faith, rather than the current actions of its radical followers, should take on a whole new significance for you.  And I disagree with your claim that "as a nation, [we are] still grappling with the terrible legacy of slavery".  As I said earlier, no American wishes us to return to the institution of slavery... period!   And what exactly is that "terrible legacy"?  It seems to me, the legacy is that our historic slave past continues to be used as a divisive, and convenient, political weapon against fellow Americans.
And I had one other silly little thought .... since our President has declared that racism is in our DNA, then does that make Ben Affleck a certifiable racist?  Do you see how absurd this line of reasoning is?
No white person in America -- at least since their great-great-great grandfather -- has owned another human being.  And neither has any black American suffered the indignity or abuse from that despicable practice.  Is it distasteful to know that your distant relative was involved in slavery, whether white or black?  Of course it is.  But what will it take for us to quit the "blame" and "guilt" games?  What will I ever be able to do to soothe or erase those scars?  The truth is ... nothing.  While I abhor this part of our ancient history, I did not partake in it.  I do not agree with it.  And I think it is time we turn our attention from ancient history to the modern sex slave trade and human trafficking.
We need to quit looking backwards at something we cannot change, and look towards making a real difference in the lives of real people.  It is time to address the evil practice of modern slavery, in all of its nuances, and let go of the slavery issue from our past.  Southern white slaveowners no longer exist, but there are victims in the here and now that all Americans, of every race, can help rescue.

Philemon 1:16    "No longer as a slave but more than a slave, as a beloved brother—especially to me, but how much more to you, both in the flesh and in the Lord."