What Disrespect Has Cost Us

I've wanted to talk about this idea for awhile, and with all the turmoil we're seeing in our nation, it just seems like the time is now.  Do you remember when, as children, we were taught to call our elders by "Mr." or "Mrs."?  When it seemed impertinent to refer to them by their first names?
And do you remember when we held the door for women, or helped the elderly carry their groceries, or smiled and said, "hello" when you passed a stranger on the street?  When was the last time that the teenage cashier at your local convenience store thanked you for your purchase, or even met your eyes during the transaction?
Somehow, in the last 50 years we have allowed the spirit of Disrespect to poison our relations with others.  It has never been more prevalent than the ongoing scorn and rude behavior being displayed to our law enforcement officers.  Has there been some concern about the lack of respect that some of the officers have shown individuals?  The honest answer is "Yes".  But that does not imply that all policemen should receive a blanket indictment of contempt.  The large majority of them do their job well, and I must admit, I would find it hard to show respect and civility to some of our citizens, myself.  But, as mediators between society and unlawfulness, they deserve our respect and admiration.  Without respect for the law and its custodians, we are doomed to chaos and tyranny. 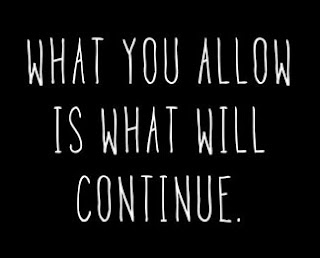 Now, think about our teachers and educators.  I remember when insolence and rude behavior was not tolerated in the classroom.  You can ask my husband how many times he was paddled for not behaving in school; and that was when a trip to the principal's office was seen as an embarrassment.  But today, according to a teacher's blog on The Guardian website, a poll of more than 1,500 teachers by the Association of Teachers and Lecturers (ATL) revealed that more than half of teachers in state schools have faced aggression from pupils in the last year, and more than a quarter have experienced it from parents or care-givers. Does anybody else find this appalling?!?
But, here's the deal ... disrespect in our school systems ranges from acting out in class, to verbal insults, to physical threats.  Those kids have learned that behavior ... either in the home or in the culture.  Haven't you noticed the increasing number of headlines detailing teachers being attacked inside and out of the classroom?  What is happening to our society?  Why the disdain for respect towards others, where did we get so far off track?
I think we have to look at how, as a society, we have stopped demanding a standard for ourselves; we've eliminated a code of behavior, or a code of honor, morals, scruples, and ethics, if you will.  Somewhere along the line, it was determined that we were too hard on ourselves, and it was time to relax the guidelines a bit.
But do you see where that line of reasoning has taken us?  It was too difficult to expect (or respect)  a lifelong commitment in marriages, so adultery and divorce were given a green light.  It was too much for our kids to be expected to work hard for good grades, so we taught them to disrespect themselves, disregard education, and then we dumbed them down with the "every kid gets a ribbon" standard.
Perhaps the biggest social mistake we made was instituting the welfare system, in which the government convinced our citizens that self-respect and dignity were worth nothing.  The poor bought the lie and exchanged the disintegration of their families, and the satisfaction of a hard day's work, for a monthly pittance.  Now disrespect is running rampant; and that same lie, which was generated by the government, is being foisted upon small businesses and successful entrepreneurs.  "You didn't build that" is just the latest manipulation of disrespect against free-thinking and industrious people.
However, the greatest example of relaxing our standards can be seen in how we treat God.  How do you think He views the wearing of shorts and flip-flops when we come into His House?  What about our relaxing the standards for His shepherds and elders?  And what about how we've turned His Temple into entertainment centers, defiling the holy atmosphere of being in His presence? How we no longer rebuke or discipline sin among the members of the Body of Christ; the "don't ask, don't tell" policy towards abortion, adultery, sexual perversion?  Is the stench of our Disrespect as offensive to your senses as it is to mine -- and as it most assuredly is to YHWH?
Respect is defined as "a feeling of deep admiration for someone or something elicited by their abilities, qualities, or achievements."  When we decided that the measure of those abilities, qualities, and achievements should be disregarded in the attempt to make everyone equal, then there was no standard in which to regard each other.  When we decided that those standards could be reduced, or weakened, then there was less to admire about each other.  And when standards begin to crumble, we find that our code of behavior suffers and the results are destructive ... we no longer honor commitments and promises; we think only of ourselves and stop caring about others; and we stop listening and talking to each other.  It all adds up to DISRESPECT.
We're paying the price for decades of this harmful mindset; and at this point, I'm not sure we can turn the tide.  Only through the full recognition of all our mistakes, can we begin to reintroduce moral absolutes and a standard of righteousness.  And we can't do it without God.  Reverence towards Him, His House, and His statutes would be a good place to start.

Isaiah 53:6    "All we like sheep have gone astray; we have turned every one to his own way; and the Lord hath laid on him the iniquity of us all."
Posted by Pam Kohler at 7:00 AM

Email ThisBlogThis!Share to TwitterShare to FacebookShare to Pinterest
Labels: Law and Order, Our Culture., Our Youth