Be honest.  Did you really expect a different decision on the Supreme Court case regarding Obamacare subsidies?  Chief Justice Roberts had already telegraphed where his vote fell during his 2012 decision to uphold the law.
I must admit that I am no political wonk or legal scholar.  My understanding of this law is greatly simplified.  But I'm smart enough to realize that this battle is not really about preserving health insurance for millions of Americans.  From the view of this average citizen, it is really about a battle being waged against middle class families, small business owners, and the senior citizens of this country. 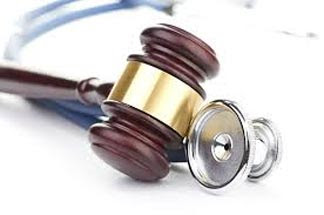 Here's how I see it ... these "subsidies", or tax breaks, or whatever disingenuous label you want to give them, are nothing more than increased taxes upon those who can least afford the extra burden of supporting those who cannot buy their own health insurance.  No matter how much high-minded discourse we hear that "everyone in America deserves to be covered by health insurance", or that "it is our duty to help those who need it most, or who can't afford it, or who have been denied access to it" ... it all comes down to this: where does everyone think that the money for these subsidies is going to come from?  Does anyone believe that the U.S. government has some secret stash of "health insurance subsidy funds" that will cover all these people?  And I'm not just talking about the millions of Americans who are on welfare and Medicaid.
Has anyone figured out that all these illegal immigrants that are being fast-tracked to citizenship will also qualify for these subsidies?  Do you see where I'm going?  Millions of hard-working, tax-paying Americans are barely making ends meet, as they watch their own health insurance premiums sky-rocket.  Whether they pay for their health insurance directly, or they receive benefits through their companies, how long before the cost becomes just too much to pay for?
The money has to come from somewhere to sustain the government's give-away program, and that always means higher taxes in some capacity.  If the real object of this law was to force us down the Socialist road, then the immigrant situation is playing nicely into that agenda ... more citizens who can't afford the health insurance that the law mandates they must have means more subsidies, which means more taxes and less individual freedom, as millions of Americans will be forced to abandon their small businesses and accept substandard insurance and medical care.
Anyone who takes a serious look at these subsidies will realize that they do not accomplish what their proponents allege.  There are approximately 8.7 million Americans receiving an average of $272 subsidy a month to help pay their insurance premiums.  Anyone who has studied the costs of health insurance lately knows that this amount will likely purchase a policy with at least a $5000 deductible, depending on your age.  So what does this really accomplish, except a bill for $2,366,400,000 that must be paid for by the already burdened American taxpayer.  If a subsidized individual needs substantial medical care and cannot afford the deductible, then those costs will somehow be passed on to other insureds in the form of higher premiums.  Do you see that medical care in this country is in a costly death spiral?
I, for one, simply cannot buy the argument that the subsidies are meant to keep enough people in the pool of insured to avoid triggering a disastrous decline in enrollment, a growing proportion of less healthy people, and premium increases by insurers.  Re-read the preceding paragraph if you are apt to fall for that false line of reasoning.  A mere $272 per month will not buy adequate health insurance, and it won't result in people getting better healthcare and remaining healthier.  And nothing is going to stop premiums from going higher.  The only thing subsidies will do is quicken the rate of the country's debt.
Face it, folks.  The subsidies are inadequate, just as any proposed tax credits are.  This whole debate isn't really about quality healthcare for every American.  It's about breaking the backs of hard-working, self-sustaining Americans.  We knew it was coming, and the shoe has dropped.  In the next day or so, we will know how the same-sex marriage argument has been decided by the Supreme Court.  Will this be the final act that "transforms" America and rips apart the fabric of our nation?  Will it be the final act of disobedience that so offends God that He removes "the Restrainer", so that the full power of the Anti-Christ will be revealed and experienced?  It sure seems as if these days qualify for "the unrighteous deception", and "the strong delusion" that the Bible predicts.  And it certainly feels as if Evil is straining to be unleashed in all its full potential.
Once upon a time, the Supreme Court stood as the referee in determining whether the President or Congress had strayed beyond the boundaries of the Constitution.  It now appears as if it has decided it can make up new rules, depending on the personal persuasions of the individual Justices.  But there is a Final Judgment coming, and it will be according to the One who will judge the living and the dead, and who will demand an accounting of their decisions against Him.  The Justices of the Supreme Court of the United States of America would do well to consider that in their deliberations.

1 Timothy 5:21     "I charge you, in the sight of God and Christ Jesus and the elect angels, to keep these instructions without partiality, and to do nothing out of favoritism."
Posted by Pam Kohler at 7:00 AM