Once again, it has dawned on me as I begin to write my post for today, that my original concept for starting this blog has evolved slightly in its trajectory.  Oh, I'm still all about the "salvation" part of Salvation and Survival; that has not changed.  To be specific, it is still my goal to be upfront and bold in proclaiming the need for redemption by all men and women; to point out that we need a Savior from our sinful natures, and He is available to us through the person of Jesus Christ and his crucifixion and resurrection.  I haven't changed my direction in that arena at all.
But it's the "survival" part of my focus that has seen a metamorphosis.  I'm still all about discussing ways to make ourselves ready or able to do or deal with changes that are coming to our lives.  But I think my view is changing from surviving circumstances that pertain specifically to this time in my nation's history, to surviving a phenomenon that has occurred throughout the history of all nations. Let me see if I can explain... 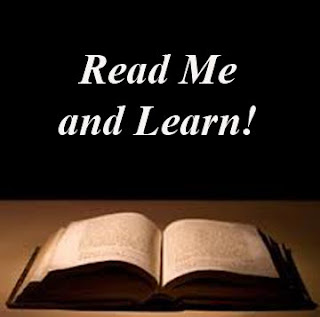 First of all, let me tell you that as I am diligently making my way through reading my Bible -- this time with the clear intent of having it unveiled by the Holy Spirit -- I am forever being surprised at how often what happened to the ancient nation of Israel applies to us today.  Talk about learning lessons about surviving!  There is no better example of continuing to exist through difficult circumstances than ancient Israel, nor a more appropriate reminder of keeping our guard up.  Survival is all about maintaining our vigilance and caution, while refusing to leave ourselves vulnerable to attack.  One such lesson was presented to me in the Fourth chapter of the Book of Ezra.
Let me catch you up on the historic facts ... the nation of Judah is involved with rebuilding the Temple after 70 long years of captivity in Babylon (due to their failure to remain true to the covenant with their God).  The Babylonian Empire had been defeated by the Medo-Persian Empire, and the Persian king Cyrus had issued a decree to let the Jews return to Jerusalem to rebuild Solomon's Temple, which had been destroyed during the Babylonian conquest of Judah.
The previous chapters of Ezra give us an account of the priests and people who returned to complete the restoration of the Temple, and their spiritual preparation for the task.  Work continues and the Temple foundation is completed.  But throughout the years of the reign of King Cyrus, until the reign of Persian King Darius, there is continued opposition to the idea of a restored Judah and Temple.  In various forms of duplicity and deception, enemy nations approach the leaders of Judah and offer their help; in essence, saying, "Let us help you build; we seek the same ends you do, and can even accept your God as ours."
For awhile, Zerubbabel, (who had been given the office of governor of the Persian Province of Judah, and who was the grandson of Jehoiachin, one of the last kings of Judah) was able to keep Judah autonomous and independent of foreign influences.  He declined their offers to permeate their cultures into the Jewish heritage, and was successful in completing the work God had ordained for them alone.
But, the Bible tells us that, in time, "the people of the (other) lands weakened (tried to discourage) the hands of the people of Judah, and troubled them in the building.  They hired counsellors against them, to frustrate their purpose...".
This mimics exactly what we are seeing in our own nation today.  Enemies of our country have entered our most sacred institutions and are counseling against the foundation of how this country was built.  We were led to believe that they honored and respected our unique status and our ways, when in reality, they wish to transform it and destroy it; establishing a new form of governance.
Now substitute the Church and Christianity for the Nation.  Enemies of God and Christians enter into our Church buildings, saying they wish to worship with us; to seek after our God.  But, in reality, they are involved with witchcraft, or false gods, or believe in the ultimate weakening of the true faith, ecumenicalism; and their desire is to establish a stronghold in order to destroy the Church.
It is an age-old concept; one that the Greeks personified in their use of the Trojan horse... it is any trick or strategy that causes a target to allow a foe into a securely protected bastion or space.  The difference is that Zerubbabel resisted them.  The leaders of our nation and churches have not been so mindful of the danger and difficulties that ensue from such compromise.  Once again I have learned that the Bible is not only an amazing story of salvation, but its lessons on survival are valid for all time.

Proverbs 10:9     Whoever walks in integrity walks securely, but he who makes his ways crooked will be found out.