Everywhere You Look, It's Double-Mindedness 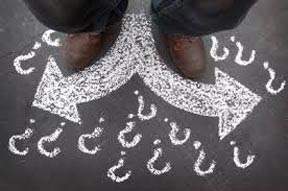 Does anyone really know who they are anymore?  Is there anyone who is confident in their identity; or who is committed and unwavering in their individual selfhood?  Or has the whole society decided to let themselves be blown about by whatever the culture is fixated on?
I mean, just look at all the people who are now doubting their gender, and don't want to identify as the one they were born with (preferring to be called transgender) ... or they don't want to be labeled with any gender, for that matter!  We have a whole new lexicon that just appeared out of nowhere; did you know that you were not simply born a man or a woman?  Now you're referred to as "cis-gender".  The official definition is "denoting or relating to a person whose self-identity conforms with the gender that corresponds to their biological sex."  But the important qualifier to that translation is the addition of the phrase "not transgender" -- as if THAT is either the norm, or equal to it!
In fact, in our increasingly perverted culture, the word cis-gender actually exists to serve as an equal to transgender. Think of it as a parallel to the use of the words homosexual and heterosexual.  It used to be that people were single-minded in their identities.  They were uncompromising and sure about who they were.  But now it is permissible -- no, even encouraged -- to doubt oneself, or to adopt multiple identities.  So much so, that there are now over 10 ways to identify yourself on Facebook, gender-wise that is.  I kid you not!  Among these designations are the following:  you can either be bigender (identifying as two different genders); cis-gender (which I would label normal); FTM (Female to Male) indicating you were assigned female at birth, but are transitioning to male; gender fluid (flowing between gender identities; however you feel that day); non-binary (meaning you don't want to assign either femaleness or maleness to yourself, indicating there might even be another gender assignment out there); and two-spirit (describing someone who embodies both the spirits of a man and a woman) -- that is truly frightening!  These are just a few; you can check out all the various options here, if you dare.
But don't think that the "trans" or "cis" identifiers are just for the question of gender.  Now, it seems that you can be transracial or cis-racial.  Take the incredibly bizarre story of Rachel Dolezal, the Spokane, Washington, NAACP president, who claimed to be Black, but whose parents outed her as a white woman.  Does it seem to you that there should be no question as to her true identity?  Not so, to MSNBC host Melissa Harris-Perry, who wondered aloud on her show, if Dolezal “might actually be black.”  According to Harris-Perry,  "There is a useful language in "trans" and "cis", which is just to say [that] some of us are born cis-gendered, some of us are born trans-gendered.  But I wonder ... can it be that one would be cis-black and trans-black; that there is actually a different category of blackness, about the achievement of blackness, despite one’s parentage?”
But listen to the authenticity of Dolezel's parents statement:  “Rachel has wanted to be somebody she’s not,” Ruthanne Dolezal, Rachel’s mother, told a local TV station. “She’s chosen not to just be herself, but to represent herself as an African-American woman or a biracial person. And that’s simply not true.” 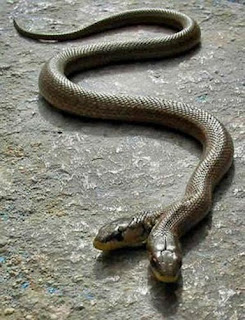 And there you have it ... our culture is becoming one that is not interested in the Truth.  Whether that truth lies in who they are racially or who they were born to be -- they don't want to be held to any standards and want to be free to follow their base inclinations and desires.  Little do they know that it leads to a life of profound instability, and what the Bible calls Double-mindedness.
A double-minded person is restless and confused in his thoughts, his actions, and his behavior. Such a person is always in conflict with himself. One torn by such inner conflict can never lean with confidence on God and His gracious promises, which is where the real Truth lies.  Take for instance, those teachers in Pennsylvania who spent a one-day tax-payer funded workshop attending a mosque and learning the ins and outs of Islamism, including the call to prayer and bowing to Allah.  (Can you imagine the screams of "separation of church and state" if the teachers had attended a workshop on Christianity and participated in a baptism?!?)
All of this compromise and doubting and acceptance of multiple choices leads to instability and a half-hearted commitment.  As the website GotQuestions.org points out, "We cannot be both certain and doubting, as is the double-minded person. One part of his mind is sure of something, while the other part doubts. It brings to mind the “pushmi-pullyu” of the Dr. Doolittle stories, an animal with a head at either end of its body and which was constantly trying to walk in two directions at once. Such is the double-minded man."
Mankind needs to come to the rapid realization that God will not grant His blessings upon those who are double-minded. As Jesus pointedly declared, “No one can serve two masters. Either he will hate the one and love the other, or he will be devoted to the one and despise the other.”  That applies to the current issues of gender, race, and faith.  We would do well to remember that God is a jealous God.  He is single-minded in His demand for loyalty and obedience.  He will not accept a mind and heart that He has to share with Satan.

James 1:8    "[For being as he is] a man of two minds (hesitating, dubious, irresolute), [he is] unstable and unreliable and uncertain about everything [he thinks, feels, decides]."