A Shared and Committed Faith

I am deeply saddened to read in The Christian Post that Iranian-American Pastor Saeed Abedini has been “viciously beaten” by other prisoners, and punched in the face in what appears to be an unprovoked attack in the Iranian prison where he is being held.  The suffering and persecution he has received for his Christian faith seems as if it will never end. 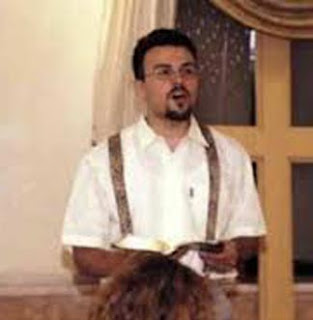 According to his wife, Pastor Abedini's "life is continuously threatened not only because he is an American, but also because he is a convert from Islam to Christianity."  A brief review of his history, shows that Saeed Abedini is a former Muslim who converted to Christianity in 2000 in his native Iran.  In 2002, he met and married his wife Naghmeh, an American citizen. In the early 2000s, the Abedinis became prominent in the house church movement in Iran, at a time when the movement was tolerated by the Iranian government.  With the election of Mahmoud Ahmedinejad in 2005, however, the house church movement was subjected to a crackdown by Iranian authorities and the Abedinis moved back to the United States. In 2009, during a visit back to Iran to visit his family, he was briefly detained, interrogated about his conversion to Christianity, and threatened with death.  He was ultimately released after signing an agreement to discontinue any association with the house church movement in Iran.
After becoming an ordained minister in the U.S. in 2008, and gaining his U.S. citizenship in 2010, Pastor Abedini continued humanitarian work in Iran, in which he was permitted to freely work, as long as it was not related to religious doctrine.  In July 2012, Abedini made his ninth trip to Iran since 2009 to visit his family and continue his work to build an orphanage in the city of Rasht. While in the country, the Islamic Revolutionary Guard Corps confiscated his passports and placed him under house arrest. He was later transferred to Evin Prison, where he has been incarcerated since.
In a way, Abedini has become the face of Christian persecution in the Middle East, as well as a symbol of the West's lack of pressure in demanding that prisoners of religious persecution be released.  And perhaps because I am about to begin a personal study with my home church group on the Acts of the Apostles, I can't help but compare the good Pastor's journey with that of a previous Christian prisoner and enemy of the State, the Apostle Paul.
Like Paul, who founded numerous churches first-hand, and is indirectly responsible for countless others through his apprentices, Saeed Abedini is credited with establishing about 100 house churches in 30 Iranian cities with more than 2,000 members.
Iran, much like ancient Rome, seeks to suppress any movement that 1) threatens the tyranny of the  State government, and 2) contradicts the worship of their State religion, Islam.  In Rome's case, they objected to the growing Christian movement because it was in opposition to their pagan deities; in Iran, it is illegal for Christians to proselytize or evangelize to Muslims.  In both Empires, Christianity is a threat to oppression, despotic injustice, and the State cult. 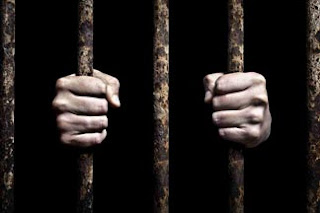 Yet, the Apostle Paul and Pastor Saeed Abedini were unable to stop sharing the Good News of Jesus Christ ... even on threat of their deaths.  Whether in the year 64 A.D. or 2015 A.D., it is still true that a simple confession of Christian faith is enough to condemn someone to prison and persecution.  Our faith is seen as a subversive act; a rebellion against the established institution.
In a letter to his wife, Abedini describes a similar prison experience to Paul's:  "This is the process in my life today: one day I am told I will be freed and allowed to see my kids on Christmas (which was a lie) and the next day I am told I will hang for my faith in Jesus ... One day there are intense pains after beatings in interrogations, the next day they are nice to you and offer you candy."  Too often, Saeed's visitations with Iranian family members were abruptly ended, and a cover was put over his eyes and he was returned to the dark room of his prison cell, void of any natural sunlight.
Paul was, at times, kept under a fairly relaxed house arrest; while at other times it is believed that he spent a cold winter in the Mamertine prison in Rome; a location that was originally created as a cistern for a spring, and access was through the floor of the second lower level. Prisoners were lowered through an opening into the lower dungeon, where he was kept in total darkness.
Pastor Abedini has been imprisoned for over two years, and just like Paul, it appears that “justice delayed is justice denied.”  Both the Pastor and the noble Apostle's fate lay in the hands of a government hostile to the growing influence of their faith.
Like Paul, fellow Believers in the Faith are praying for Saeed Abedini and his deliverance from persecution.  But, also like Paul, Saeed is on record as being a single-minded soldier of the Faith:  "I forgave the prison doctor who did not listen to me and did not give me the medication that I needed. I forgave the interrogator who beat me,” he wrote in a letter to his family. “Every day when I would see the interrogator and for the last time when I saw him, I forgave him. I smiled at him and with respect shook his hand and I said my goodbye."  Even in captivity and imprisonment, he lives his life by the example Christ showed us.  Like the Apostle Paul and all the persecuted Christians throughout history, Pastor Abedini is not afraid to die; and it is because of his hope in the resurrection.
And like the growing number of Christian martyrs in the Middle East who accept death rather than renounce their faith in Jesus, hell is more frightening than their killers.  Can you say the same?  Would you be able to say, as Pastor Abedini has said:  "When we forgive, we become free and we become messengers of peace and reconciliation and goodness. And whoever stings us, we can take into our embrace and love them. And in this dark and evil time, we can live full of love and full of peace and full of joy and shine like the stars! So, forgive them and use the antidote of love and be Victorious! Glory be to His Name."
So, please, at some point during this day, take a moment and speak to the Lord on behalf of this courageous and obedient Pastor and his family.  As the American Center for Law and Justice has reported, Pastor Saeed Abedini was sentenced by Judge Pir-Abassi – known as the “hanging judge” — for “threatening the national security of Iran through his leadership in Christian house churches.”  It's a charge as old as the Church, and still as threatening to Satan and his minions in this world.  Pray that this committed man of God will continue to find his strength in the Lord and that God will send an army of angels to surround his prison cell and protect him.  Better yet, let's pray that like the other imprisoned Apostles in Acts, Chapter 5, "the angel of the Lord opened the prison doors and brought them forth...".

Psalm 107:14   "He brought them out of darkness, the utter darkness, and broke away their chains."
Posted by Pam Kohler at 7:00 AM