These Are The Days of Destruction 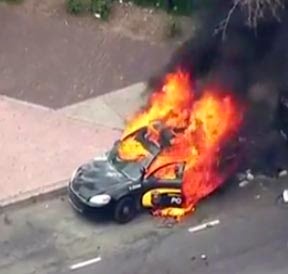 I don't believe that anyone can watch the bedlam that is Baltimore and not grieve our human condition.  To demolish and shatter property and lives for the pure "joy" of destroying them is a picture of a society without a moral code.  While the gangs and hoodlums who roamed the streets of Baltimore, burning and looting, may know the difference between right and wrong, it is abundantly clear that they weren't concerned about choosing wisely, or displaying good or bad behavior; nor did they hold any high principles for proper conduct.
I am not willing to cut them any slack due to the death of Freddie Gray.  Those who were drawn to the impulse to destroy did not even know Mr. Gray.  They didn't attend his funeral, nor seek to engage in constructive protest of police actions.  Instead they responded to social media provocations to riot and rampage.  Let's be clear ... they were determined to destroy, and complete devastation and ruination was the goal.  The lack of authoritative control on the part of government officials, law enforcement, or parents shows the degree to which we are sliding into corruption, abomination, and wickedness.  The Enemy of God and mankind chortles with glee and satisfaction.

The figures are devastating:  More than 4,600 people dead. Over 9,000 injured. Eight million affected across Nepal. One million children urgently in need of help.  (Statistics from CNN).  And those numbers are nowhere near the final toll.  Landslides, avalanches, and torrential rain have added to the grief we feel for the humanity of man after the 7.8 magnitude earthquake struck the Himalayan country. 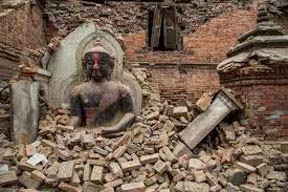 The capital city of Kathmandu is also known as the City of Temples.  An ancient poet once said, "there are as many temples as head of people can be seen".  Wikipedia lists nearly 200 temples in an area equal in size to two counties in Texas!  While I disparage the anguish of the millions of people affected by the destructive earthquake, my biblical worldview and spirit cannot help but wonder if the price of worshipping foreign gods has not come due on the people of Nepal.  The First Book of Corinthians, Chapter 10, contains a strong warning about the price to be paid for idolizing false gods and provoking God to jealousy.  Is the God of Creation announcing that His final judgment upon this earth is about to occur?
The Bible also tells us that there will be "distress of nations" on the earth due to signs in the sun, moon and stars.  The blood red moons and the solar disturbances give credence to that prophecy.  Our own nation sits on edge with prognostications of major earthquakes in California and along the New Madrid Fault in the Midwest.  And volcanoes along the Pacific Ocean Ring of Fire are making themselves known ... it sure seems as if the earth and the works that are done on it are being exposed [with the result being our own destruction].  The Ruler of this world and of Darkness waits in anticipation to make his final moves. 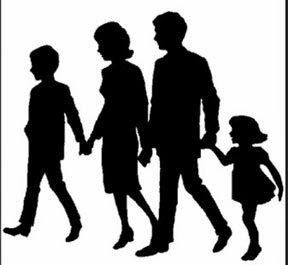 And we cannot discuss the destruction of these days without considering the effects of the Supreme Court decision on gay marriage.  My opinion will come as no surprise to anyone,  I believe that if the definition of marriage is redefined, it will mean the destruction of the family as God intended it.  In fact, even the term "family" is being redefined as any two people who live together, regardless of their sex.
But this is what I find interesting ... For the last 50 years or more, Sociologists have pointed to the lack of fathers in the black community as a vital reason for the destruction of the Black Family.  So why is that correlation not continued across the spectrum of all families?  If it is essential for a healthy family to consist of a father and mother, then doesn't it make sense that the union of the two people who create that family be defined as a man and woman?  Doesn't it seem that simple?
Yet our very churches no longer seek to encourage the family unit.  They increasingly model themselves to the whims of society, with no regard as to the morality or sinfulness of societal self-indulgence.  Humanism has become the new religion of this Age; the human perspective has become more important than the Divine.  Human beings know what they want and what is good for them; there is no need to subject the desires of the flesh to the standards of a diminished God.
And this summer the highest court in the land will determine the standard by which future marriages and families in the entire country will be defined.  Sadly, I do not have great hope that their decision will be pleasing to the God I serve.  Compromise has become the byword, and unfortunately, that concession will seal our destruction, both as a nation, and as Christ's Church.  Score one more for Satan in his cosmic battle to control this realm.

The definition of Destruction is as follows:  a)  the action or process of causing so much damage to something that it no longer exists or cannot be repaired;  b)  the action or process of killing or being killed;  c) a cause of someone's ruin.  Look carefully at each of these three meanings ... you will find Baltimore described in the first; Nepal in the second; and our nation in the third.  Is it as apparent to you, as it is to me, that these are the Days of Destruction?  Pray for God's mercy to keep us from destroying ourselves!  Lord knows we are due His Destructive Hand!

Matthew 10:28    "And do not fear those who kill the body but cannot kill the soul. Rather fear Him who can destroy both soul and body in hell."