The Sustainability Movement: Coming To A Campus Near You!

A good friend of mine forwarded this report to me, and I found it worthy of passing on to you.  To be honest, I was surprised to find the extent to which this topic has been promoted in our centers of higher education.  But I was equally surprised, and interested, to find that the report was written by The National Association of Scholars.  Their mission statement reads:  "The National Association of Scholars is an independent membership association of academics and others working to sustain the tradition of reasoned scholarship and civil debate in America’s colleges and universities. We uphold the standards of a liberal arts education that fosters intellectual freedom, searches for the truth, and promotes virtuous citizenship."  That's refreshing, isn't it?
They publish studies of current higher education policy and practice with the aim of drawing attention to weaknesses and stimulating improvements, as well as engage in public advocacy to pass legislation to advance the cause of higher education reform.
The NAS has taken the whole "climate change" and "sustainability" movements to task, and examined how our systems of higher education have co-opted them.  The following are excerpts from this important document, titled Sustainability: Higher Education's New Fundamentalism. 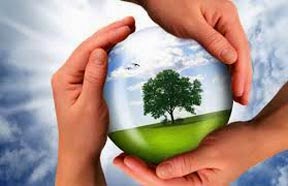 The Executive Summary of the report states that “Sustainability” is a key idea on college campuses in the United States and the rest of the Western world. To the unsuspecting, sustainability is just a new name for environmentalism. But the word really marks out a new and larger ideological territory in which curtailing economic, political, and intellectual liberty is the price that must be paid now to ensure the welfare of future generations.  It further states that the sustainability movement has distorted higher education.
While remaining neutral on the "global warming" debate, NAS nevertheless stands by the principle that all important ideas ought to be open to reasoned debate and careful examination of the evidence. But there are those in the sustainability movement whose declared position is that the time for debate is over and that those who persist in raising basic questions are “climate deniers.” The NAS report contends that the “debate-is-over” position is itself at odds with intellectual freedom and is why the campus sustainability movement should be examined skeptically.
Sustainability is fast becoming the dominant ideology at colleges and universities in the United States, Britain, and many other parts of the Western world, and is often confused with the term environmentalism.   But the goals of the sustainability movement are different. They go far beyond ensuring clean air and water and protecting vulnerable plants and animals.
As an ideology, sustainability takes aim at economic and political liberty. Sustainability pictures economic liberty as a combination of strip mining, industrial waste, and rampant pollution. It pictures political liberty as people voting to enjoy the present, heedless of what it will cost future generations. Sustainability’s alternative to economic liberty is a regime of far-reaching regulation that controls virtually every aspect of energy, industry, personal consumption, waste, food, and transportation. Sustainability’s alternative to political liberty is control vested in agencies and panels run by experts insulated from elections or other expressions of popular will.  (Can you see why this is a dangerous movement on college campuses?)
In less than a decade, the campus sustainability movement has gone from a minor thread of campus activism to becoming the master narrrative of what “liberal education” should seek to accomplish for students and for society as a whole.
Here's how it could affect us:  The movement is much more than a call for environmental responsibility. It is a summons for fundamental changes in human life—changes that include the imposition of vast new social, political, and economic controls. Sustainability advocates vary among themselves in how far they think these fundamental changes need to go, but a great many of them view “capitalism” as the primary enemy. They see as the root problem the economic and social system that brought modern industrial technology into the world and freed much of humanity from the drudgery of subsistence labor.
Some of the most ardent advocates of the Sustainability Movement declare that the environmental crises of today call for no less than the abolition of capitalism!   And here's the real danger:  The sustainability movement presents itself as benign concern for the natural environment, but its deeper aim is radical economic transformation.  (Do you think the average college student could be swayed by this narrative?)
But the roots of the Sustainability movement go even deeper.  Sustainability combines an environmental theme with an economic call to arms and a recipe for harsh and often non-democratic forms of political control. To understand the sustainability movement correctly, however, we need to add one more ingredient: its embrace of identity politics under the rubric of “social sustainability.” The basic idea is that a sustainable society must not only rid itself of the penchant for exploiting nature but also of exploitation of oppressed groups of people.  (See how it works?)
We need to be aware that Sustainability reaches into cultural and social institutions, and it demands strict regulation to keep everything in line. Sustainability thus calls for the overthrow of patriarchal systems, misogynist bias, racist prejudice, and traditional marriage norms. It ties social and economic grievances to environmental degradation: women are disproportionately harmed by wars over resource shortages; minorities are more likely to live near landfills and polluting factories; previously colonized and oppressed nations are more likely to be flooded and scorched by global warming; the poor are least responsible for causing climate change but also least able to protect themselves from its effects; traditional marriage (without abortion and strict birth control) overpopulates the globe and mires communities in poverty. Rising global warming and the threat of runaway consumption augment these dangers.

I think you are beginning to get the picture, right?  Sustainability is an ideology that attempts to unite environmental activism, anti-capitalism, and a progressive vision of social justice ... and it does it all with a utopian/totalitarian intent.   If left unchecked, it will exact enormous costs by diverting resources from better ends, co-opting higher education, and instilling in students a profound distaste for political and economic freedom.
Can we afford to turn a blind eye to this phenomenon?  Are we looking at a new policy shift in government, away from capitalism and towards strict regulations?  What we need to realize is that  the college campus has become the center of this sustainability authoritarianism.  If we don't examine it carefully, it could very well take over our college campuses and convince the next generation of American decision-makers that freedom -- whether economic, political, social, or otherwise -- is unnecessary in a tightly regulated and totalitarian state.  It's time we educated ourselves on this popular movement.

For a thorough reading of the entire National Association of Scholars report on Sustainability, please click here.

Isaiah 40:8    "The grass withers, the flower fades, but the word of our God will stand forever."