Thanks to the Christian Broadcasting Network for this upbeat story.  It's a great way to start off the week, and we can all use a little "good news", don't you think? 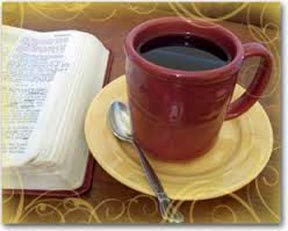 Two churches nearly 1500 miles apart, have discovered a way to combine Christian Charity and Coffee.  The Woodlands Church, outside Houston, TX, was among many faithful churches who sent relief workers to Haiti after the country was devastated by the 2010 earthquakes.  But instead of concentrating their relief aid to the major cities, they went to work in the mountains of Haiti.
"We were there and saw that there was coffee actually lying on the ground, coffee beans lying on the ground, just scattered. And we asked, 'Tell us about that? What's going on?,'" Chris Shook, co-pastor and director of missions at Woodlands Church, said. "And they said, 'Well, no one will buy our coffee. We have no one to sell it to.'"
The remoteness of this particular village made it difficult for them to get their harvest to any kind of market.  The result was villagers who were starving; hadn't enough clothing; and their kids were going uneducated.  It didn't take long for the good Pastor to realize that they could help.
Coffee is almost an obsession to many Americans.  Pastor Shook arranged for the village's coffee crop to be shipped to Miami, and then trucked to Houston.  Volunteers at the Church roast the coffee beans, package it, and sell it to the congregation, which "drinks it like crazy".  With over 18,000 church members, the built-in market for the Haitian coffee is now helping close to 8,000 Haitian family members.
The Church pays the Haitian farmers three times more than other coffee dealers were offering them; and after it is sold, the profits are funneled back into medical clinics and feeding and teaching programs.
Meanwhile, the National Community Church (NCC) in Washington, D.C. has a similar approach to help coffee farmers in Columbia, South America.  Their brand of coffee, called Redeeming Grounds Coffee, is grown in a guerrilla conflict zone notorious for kidnappings, car bombings, and assassinations.
While on a mission trip to work with Columbian children, Church members met a local pastor who told them about farmers in a mountainous area who, after coming to faith, eradicated their cocaine fields and planted coffee in its place.  When they met the farmers, the coffee fields were ready to harvest, and a partnership was born.
Church member Santiago Moncada said the coffee is not only sold in D.C., but on Redeeming Grounds Coffee's website.  "The response in the U.S. for this coffee has been great, so things are growing... And with just the few farmers we started with, we have already eradicated over 55 acres of cocaine fields.  That translates to about 1,700 kilos worth of cocaine off of the street, with a street value of over $80 million."  No wonder they call their coffee, "Redeeming Grounds"!
How the profits from the business are spent, is determined by the coffee farmers, themselves.  But money is not the only benefit from this partnership.  Moncada said, "[People] are always curious to understand why it is that these farmers are planting coffee instead of cocaine, because of the reasonable assumption that cocaine farming is certainly much more lucrative. And that's when we get a chance to share the heart behind it.  We get a chance to share the testimony of these farmers and how coming to faith convicted them to make this change."
Pastor Shook in Houston sees a similar benefit from his church's affiliation in Haiti.  "People see us coming back as a church, time after time, and doing things, not just to make us feel good, but [doing] things they actually need in their community.  We always say  'Christ plus caffeine really works because we can change the world twice as fast because we drink so much coffee.' "
No one can deny the addictive capacity of coffee.  Just consider the explosion of major coffee chains, such as Starbucks, as well as the mom 'n pop coffee shop in every little town across the nation.  But when you combine it with the addictive power of the Word, you find it's a dependency you can embrace.
Congratulations to these two representatives of God's Church for their industriousness and their ingenuity.  May God continue to bless their enterprises!