We No Longer Resemble Ourselves! 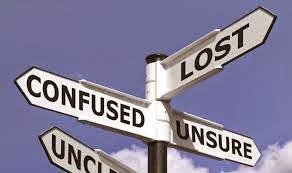 In one of my more contemplative moments these past few days, I've wondered how we have come to be in a state of such fruitlessness.  Let me clarify a bit ... by "we", I mean we Americans; since that is the only context in which I feel competent to comment on.  By "fruitlessness", I mean it in the sense of being productive, and active, and involved in the undertaking of a rewarding life.  And perhaps I have figured out a small portion of the problem.
First, let me say that there is no mistaking that the United States of America has led the way in advancing humanity's standard of living.  In these areas, you could say that we have been "fruitful".  Just think of the areas of technology, science, and medicine.  I'll grant that we deserve accolades for those accomplishments.  But I'm really thinking about the individual life of a single person.  How is it that we have become a society of entitled, lazy, and content people?
As a Baby Boomer, I represent the generation of children who were born to the GI's coming home from WWII.  We are the offspring of parents and grandparents who knew the pre-War value of hard, physical work to support their families.  We are also the recipients of the post-War explosion of prosperity, and that is the genesis of our current state of fruitlessness.
After the victory of WWII, Americans enjoyed the benefits of new industries and a new status as one of the world's leading powers.  There followed a burst of innovation and manufacturing brilliance that soon provided every family with unprecedented comfort, ease, and convenience.  It is my deduction that this very period of industriousness would become the source of our downfall.  Let me explain.
Up until this point in our nation's history, the average woman did her own housecleaning; cared for her own children; and cooked meals from food she grew and canned herself, or at least made from scratch.  The men of the family mowed their own lawns; changed the oil and did repairs to their automobiles themselves; and was active in physical activities with his children.
With the prosperity that followed the war years, our perspective changed.  People wanted to escape the harsh memories of war and celebrate the country's newfound affluence and security.  So, somehow it made us feel better about ourselves if we could say we had a maid to care for our homes; a nanny or daycare to watch our children (so we could take advantage of the exciting workplace); and we were happy to sacrifice the health benefits of real food for the convenience of processed meals.
The men in our prosperous society hired out the care taking of their lawns; paid someone else to maintain their vehicles; and shipped their kids off to "summer camps", surrendering that mentorship and guidance to strangers posing as "counselors".
You can probably tell that I am not a fan of the degeneracy and decadence that comes with prosperity.  As America grew more prosperous, the desires for more "stuff" changed the dynamics of our families.  Women were just as bad as the men -- they wanted the luxuries that could only be theirs by earning more money.  That meant choosing to work outside the home.  The result was that women no longer desired to watch over the affairs of their household, or had the time to provide faithful instruction to their children.
Men abdicated their roles as the head of the household and father figures to become workaholics in order to maintain the lavish lifestyle that our culture craved.  And our children became latch-key kids; spoiled and coddled from the "hard life" of previous generations.  There are always exceptions to the rules ... there are stories of single moms who worked several jobs while instilling a sense of pride and a desire to accomplish great things in their children.  But those are the anomalies.
All it has taken is two generations to make the transition from a society of people who knew and understood the value of the possessions they worked for, and who enjoyed fulfilling the traditional roles that had sustained this country for over two centuries.
We now see the damage done by trading those roles for material wealth.   Our children no longer appreciate the values of their grandparents, and we are a throw-away society who is on the verge of accepting alterations to our bodies that will make us less than human.  The sad thing is I don't believe we can turn this ship around.
We are establishing new definitions of what constitutes a family; new ideas of gender identification; new reward systems for those who refuse to work for their "entitlements"; and new concepts of how to create immortal life.  In all of our innovation and progress, we have lost our way.  And the path we are following only leads to our destruction.  I don't think I want to see what the next generation will bring.