The Vaccine Debate and The Hegelian Dialectic

It seems that the Vaccine Debate has become the next Hegelian Dialectic being forced upon us.  I have talked about this "Marxist process of change" before, but in case you are not familiar with this term, let me explain it.  Let's say those in power want to accomplish some goal; we'll call it A, but they know that the populace would never go for it.  So they create scenario B that drives the public into a panic.  They then have solution C (which is actually A) waiting in the wings to help solve B.  But what the populace doesn't realize is this: they've been played.  The whole sequence of events was staged and planned to achieve the original goal.
Confused?  Let me give you a little demonstration of this theory ... say some malevolent government wanted to institute martial law, but the people of the nation are generally lovers of freedom, and the officials know the people will not easily surrender their rights.  So agents within the government create a situation (say something like Ferguson, Missouri), that spills over into nationwide violence and chaos.  Widespread looting occurs, cities burn, innocent citizens are targeted by angry mobs, and the nation's economy becomes seriously affected.  Those same freedom-loving citizens start to think that perhaps a temporary period of martial law is needed to get things back to normal.  They beg the government to do something, anything, to solve the problem... and guess what?  The original goal is achieved; but it ain't temporary! 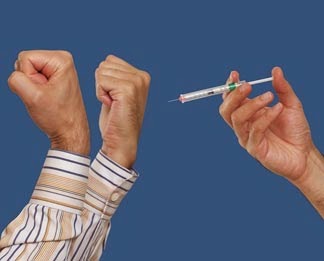