After nearly a month without Fox News, due to their feud with Dish Network, I must admit that it was kind of nice to take my eyes off scripted news reports and discern my own perceptions of world events.  So, as I cautiously returned to Fox's version of the news yesterday morning, I guess I shouldn't have been surprised to see the same old reluctance to tell the truth.

The anchor, Bill Hemmer, was informing the audience that ISIS in Iraq had released a new round of propaganda photos, and he warned us that, not only were they graphic, but that Fox had made the decision not to show the most disturbing ones.  He then followed his advisory with three photos:  two men who had been crucified after being convicted of a theft; a woman being stoned on the grounds that she committed adultery; and an image of a hooded man being thrown from a roof for being gay.  The faces were all blurred or blocked out.  I guess these images were deemed "acceptable" by the media giant. 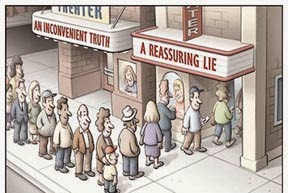 But PLW and I were both disgusted by what we saw as the cowardice of Fox News -- and all media, for that matter -- for refusing to present the truth.  ALL of these sentences were carried out as a result of Sharia Law.  That part of the story was never told.  I guess the narrative they wanted to present was "This is the action of a radicalized version of Islam".  But I have a real problem with that rendition of "the news"... it is not the complete truth.  These actions by ISIS are the implementation of Sharia Law, which is a primary tenet of the faith of Islam.  It is the moral code and religious law of that ancient religion.  That begs the following questions:  "Has Sharia Law been corrupted?"; "Do all followers of Islamic faith adhere to Sharia Law?"; and "Will Muslims denounce these actions being perpetrated in the name of Sharia Law?"  Don't you think this is part of the discussion we should be having to help determine the true nature of the threat against us?
Here are some of my further thoughts:  First of all, by refusing to show the untouched versions of ALL the horrific images, the media is attempting to sanitize the images; and in so doing, they diminish the full impact of ISIS's demonic actions.  While the media hesitantly declares these acts evil, and the need to defeat these enemies of the West, I want to shout at the TV, How do you defeat something you are not allowed to see or watch?  Ignoring these images, will not make them go away!
But before we can defeat this enemy, we also need to come to terms with the fact that this battle is spiritual in nature, as well.  The army of ISIS is very real ... don't get me wrong!  And Sharia Law is their goal; their methods of forcing their ideology on the world are physical and brutal.  They are flesh and blood.  But we cannot deny, nor ignore, that this is a battle that wages in Heaven, as well.  Satan is simply repeating his age-old system of destruction.  As long as he can continue to deceive man, and influence groups like ISIS, his plan is working.  I guess I'm naive to think that the media could recognize that.
So, it all plays nicely into the hands of those who wish to destroy us.  ISIS's propaganda message then becomes:  There's no place to hide; you might as well submit (to Sharia Law), or else this is coming to a neighborhood near you.  They've certainly made those threats clear.  We saw it in Paris, last week.  And there's no counterpoint from the media!  Every terrorist attack seems to be reported as an isolated event; and if a connection is made between ISIS and Islam and their presence in the West, there is a reluctance to call them the Enemy, or a rush to reduce the significance of their recruitment success.  And the merits of faith and corrupted religion are never mentioned.  Why are they afraid to portray the truth?  I can't help but believe that it is all orchestrated -- the mainstream media invent the truth, and leave social media to distort the truth, creating a muddled mess of flawed reporting and distorted discussions -- resulting in a populace that is unable to effectively organize or coordinate a defense against its earthly -- or spiritual -- enemy.
I could go into a long discussion of the spiritual warfare in which we find ourselves engaged; of the spiritual wickedness found in the powers and principalities that rule earthly leaders from the supernatural (heavenly) sphere.  But the American people don't want to hear that.  They haven't even been diligent in demanding the truth about what's going on before their very eyes!  I would submit that we've been waiting since 9/11 for the world to get on the same page and admit who our enemy is; but Satan has been successful in disguising his players and dissuading us from any spiritual discernment.  And look what we have reaped from allowing ourselves to be so deceived.
Unless the people of the earth throw off the shackles of fear and the false mantra of tolerance, Evil will not be abated.  It is growing; spreading and becoming more virulent.  How do we counter it? We must first see it for what it is, and remove the veil from our eyes.  And we are not to repay evil with evil.  (I know that is difficult for a lot of people).  But we must shower the throne room of God with prayers for our enemies; as Paul says, "in so doing, we will heap coals of fire upon their heads" -- not in an act of vengeance, but as an instrument of God's will to melt the hardness of their hearts.  Can we possibly turn this tide of obvious wickedness?  Only with God's help.  Even in the midst of such horrors, God will use this Evil for His purpose; to bring us to our knees, and to shine His light into the midst of the Darkness.  Seek the Truth and stay focused on Him!

1 John 1:6    "If we say we have fellowship with Him while we walk in darkness, we lie and do not practice the truth."
Posted by Pam Kohler at 7:05 AM