And The Light Shines In the Darkness ...

Today's post is going to seem in start contrast to yesterday's, but it is actually the reason that I wrote about blessings yesterday.  The thoughts for this post actually came first, and I had to fight to overcome the pessimism that was engulfing me.  I'm going to be honest ... Ive been having a hard time writing lately.  I find myself questioning if I am still serving my Lord, or you, with this blog.  I want you to know that I listen for God's whisper as to what to write about; what is it that He wants us to hear at this time and this place in world history.  There are days it is disturbingly quiet; I can't seem to connect with Him and I can't hear His voice.
Don't get me wrong; I still look for the blessings that I wrote about yesterday.  In fact, I need to consider them more than ever, because I am finding myself feeling uncharacteristically pessimistic at the beginning of this new year.  It doesn't seem like a time for false words of celebratory cheer, or for proclaiming the benefits of a fresh start and new beginnings.  Rather, from my Biblical worldview, this new year feels as if new gates and doors are being opened to a darker future.  And it feels as if a nefarious force is coming at us faster than we can comprehend.  Do you feel it, too? 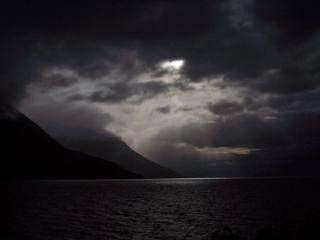 In just the past week, the stories from across our country threatened to overshadow the joy of Christmas celebrations; from a call to assassinate police officers, to the strange and exceedingly powerful weather conditions, to the looming flu epidemic that has seen children dying at an unprecedented rate.  The stories from around the globe are even more depressing: plunging oil prices threaten to destroy the world's economy and hasten a World War; the growing concern that ISIS will begin systematically attacking Europe and the U.S.; the open and horrific persecution of Christians; and the escalating hostility towards Israel are just a few concerns that keep me from thinking that 2015 will see any significant improvement over 2014.  (And why it is all the more important to refer to yesterday's post!)
I know I shouldn't be surprised.  I know that I am to watch for the signs and times of my Lord's return.  And I know that I'm not the only one who thinks the clues that God has given us in His holy book are occurring before our very eyes.  My mind can contend with the societal adversities, the abrupt weather changes, and the diseases.  But when they are all combined with undisguised Evil, hatred of Christians, and a growing threat against Israel, then my soul informs me that these are extraordinary times.
There is a growing collaboration among nations, and it is fueling a unified hatred of Israel.  After the UN Security Council failed this past week to approve a Palestinian resolution that would have called for Israel to withdraw from Palestinian territories by late 2017, the leader of Hamas was the keynote speaker at an annual government meeting in Turkey.  When Turkey, a member of NATO, and a once-important (and moderate) US ally, invites and embraces a terrorist organization leader's call to "liberate Jerusalem together", then it could represent an important "clue" in the Bible's prophecies.
Consider these facts:  Prime Minister Erdogan has been steering Turkey away from Western influences, and towards stricter Islamic values.  With the help of the West, primarily the U.S., Turkey has built one of the largest armies in the Middle East.  The Prime Minister of Turkey joined in the Hamas-led shouts of ‘Allahu Akbar’ and their call for an invasion of Israel and the capture of Jerusalem.  Taken all together, could these events be the precursor that gives rise to Satan's drive for the control of the Temple Mount?  And does the fact that Harper Collins excluded Israel from an atlas scheduled to be delivered to Middle Eastern schools seem calculated and deliberate?  Apparently it was, as a company spokesman released this statement:  Including Israel would have been “unacceptable” to their customers in the Gulf and the amendment incorporated “local preferences”. It is obvious that the "preference" is for Israel to be non-existent!
Then there is the fact that immigration rates in Israel are hitting all time records.  The numbers of Jews from France and the Ukraine have tripled; they are escaping growing anti-semitism and wars.  At the same time, emigration from Israel is on the decline.  The prophets of old predicted that God's people would be gathered from all the countries and brought to their homeland.
Perhaps you do not see things as I do; that these events do not announce a move towards darker times.  I have honestly tried to disregard what my heart feels, because I know it can be deceitful and untrustworthy.  But this sense of coming trials and troubles refuses to be dismissed.  I find myself praying to be delivered from these dark thoughts and asking how I am to respond, and requesting words of encouragement to give you.  I wish I could tell you that the weight has been lifted from my  heart, mind, and soul; and that my mood is brighter and God spoke comforting words in my ear.  I wish I could ... 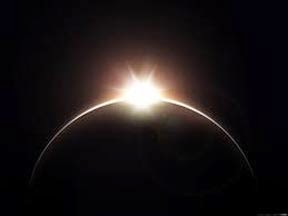 And so I must rely on my faith.  For I know that I cannot succumb to this melancholy or these gloomy reflections.  I know that God has not given me a spirit of fear; that He who is in me, is greater than he who influences world affairs.  I know that I cannot stop the wars, the disease, and the cruelness of man against his brother.  But I do know that I, along with you, can reflect God's light into the darkest corners of this depraved world.  I am aware that each day is an opportunity to do something for someone else and lighten their load.  I can ask God to strengthen my faith, and I can exercise the power and authority given to me through the Holy Spirit to remove the whispers of the father of lies.
The only sovereignty I will accept is the Divine Love of the One who created me for His good purpose.  And I will concentrate on fulfilling that goal for His glory.  I may not be able to look upon a new year in this decaying world with any sense of joy and jubilation, but with every breath I can do this ... I can cling to the Hope and Promise for the new beginning that will be my Lord's Kingdom on earth.  That will be a day worth celebrating!

Isaiah 60:1-2   "Arise, shine, for your light has come, and the glory of the Lord has risen upon you. For behold, darkness shall cover the earth, and thick darkness the peoples; but the Lord will arise upon you, and His glory will be seen upon you."