Beware of "The Daniel Plan"

I've not been shy about voicing my opinion of various programs and strategies that today's Church incorporates to fill the seats in their mega-sanctuaries.  Why is it so important to make the Church parallel the world?  Aren't we supposed to separate ourselves from the world and offer them something they can only get through faith in the Lord?
In this vein, I want to share a flagrant attempt to minister to the flesh of mankind, instead of to their spirits.  Expressing the common theme of weight loss that is often associated with the advent of each New Year, I ran across a warning about a tempting series being led by Rick Warren, the controversial evangelical preacher.  Apparently, the program has been around for a few years, and is still publicized on the Saddleback Church website.  It promotes fasting as a means to a healthier lifestyle, as well as a technique to obtain direction from God in your life.  Titled Daniel Plan: 40 Days To a Healthier Life, it is purported to be based on the Biblical concept of fasting. 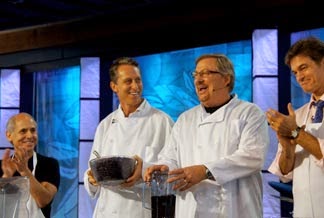 In the Bible, God's people often combine fasting with their prayers in order to stir up their zeal and renew their dedication and commitment to Him.  Fasting, in the Biblical sense, is meant to get our minds focused on our need for God, and to draw nearer to Him.  But in developing this plan for weight loss and dedication to the Lord, Rick Warren has obtained the services of three doctors with questionable credentials, when it comes to the Christian Church.  And you should know that the subtitle for The Daniel Plan is Merging Faith and Functional Medicine.  We will find out exactly what that means as I introduce you to the so-called medical experts.
Dr. Mark Hyman, Dr. Daniel Amen and Dr. Mehmet Oz  where the key contributors to the Daniel Plan, and all have strong ties to either the New Age movement, or non-Christian faiths.  Dr. Hyman is a practicing Buddhist and he has studied the correlation between living a long life and the ancient Indo-Tibetan practices of meditation and training the mind.  You can check out his philosophy on this article he wrote, How the Dalai Lama Can Help You Live To 120.
Dr. Amen allegedly promotes a non-Christian form of meditation known as Kirtan Kriya, which is a 12-minute meditation exercise involving chanting that has its origins in Kundalini yoga.  What is this particular form of yoga?  Kundalini yoga is a type of yoga that attempts to arouse and raise the kundalini, believed to be Shakti or "creative divine energy" which supposedly sleeps in the form of a coiled snake at the base of the spine. It employs pranayama or breathing exercises, visualization, asanas (body poses) and mudras (hand positions) along with chanting and meditation to awaken and then raise the kundalini.  This gets into the promises of  "awakening the third eye", and "gaining the knowledge of God" -- very dangerous ground!
Next, is Dr. Mehmet Oz, who rose to fame with the help of Oprah Winfrey, who featured him on her show.  Dr. Oz and his endorsement of alternative health remedies recently came under fire during a Senate subcommittee hearing on weight loss scams.  But it may be even more important to recognize that he is a practicing Muslim of Turkish-American descent, who, along with his wife, is a follower of Emmanuel Swedenborg, a cult leader who died in 1772. Swedenborg was a Swedish Protestant fundamentalist who turned to spiritualism later in his life and became a famous trance medium. He claims to have turned to the occult after receiving a vision of Jesus in which the Lord asked him to abandon his profession as a scientist and devote himself to theology.
What do all three of these physicians have in common?  A belief in some form of meditation or mysticism.  And Rick Warren is bringing them into the Church?!?!  By loosely tying their secular and religious philosophies to the Biblical principles of "fasting and prayer", it is my opinion that Warren is guilty of false teaching and leading the Church astray.  And the carrot he is dangling before his flock?  The one thing that his church members seem to want more than a true and authentic relationship with their Creator ... to lose weight!  But I'm afraid that their involvement with what is deceptively called "contemplative prayer" could actually be the devil's instrument. 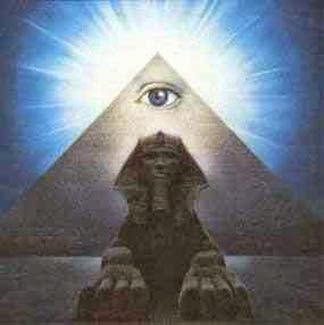 After reading a personal account of someone who attended an inaugural launch of the program at Rick Warren's Saddleback Church, there are so many buzz-words that set off my spiritual alarm system ... references to the Egyptian pyramids and how "man can do anything he puts his mind to"; healing "communities" that will "live sustainably" and "change the world"; and "Spiritual connection" in the nonphysical realm through meditation.  I just want to categorize this heresy as a combination between Agenda 21 and the Occult.
To make matters worse, apparently the three doctors introduced themselves as a Jew, a Christian, and a Muslim; and announced that they were "all the same" underneath the skin.  Sounds kind of like an ecumenical and One-World Religion sales pitch to me.
But there is one thing that I want you to take away from this blog post today (and do your own follow-up research; especially if this program is being offered in your church).  The Daniel Plan is just one tentacle of what is called Emergence Christianity (which morphed out of the Emerging Church movement).  And one of the most dangerous tenets of The Daniel Plan is called Contemplative Spirituality, which according to the Lighthouse Trails Research Project, is "A belief system that uses ancient mystical practices to induce altered states of consciousness (the silence), and is rooted in mysticism and the occult; but is often wrapped in Christian terminology. The premise of contemplative spirituality is pantheistic (God is all) and panentheistic (God is in all)."
When proponents, like Rick Warren, attempt to liken the Biblical concepts of "fasting and prayer" to Contemplative Spirituality, they are teaching false doctrine.  One of the methods of the "Mind Science" that the three good doctors are promoting has, as its goal, to empty and free the mind and empower oneself.  But there is danger in emptying one's mind and opening it to "commune with the divine".  Satan's demons love nothing more than an empty mind in which to take up habitation.
Nowhere in the Bible are we taught to pray and fast in order to empty our minds.  We are not to seek a supernatural "experience", but to focus on the Word of God.  Indeed, we are to fill our minds with "those things that are good and that deserve praise: things that are true, noble, right, pure, lovely, and honorable." (Philippians 4:8) .... and the only One who fits that description is Jesus Christ.
So don't be fooled if your Church is offering a community-based, spiritual "experience" that uses the "meditative" aspects of prayer and fasting to lose weight.  I mean, just read back over that last sentence ... does it sound like anything Jesus would have proposed?  Isn't He our model on how to live a Christian life?  Run as fast as you can from The Daniel Plan -- and your church, for that matter, if they are promoting this heretical and dangerous program.  Have nothing to do with any "spiritual tradition" that is practiced by other faiths.  Any ritual, or practice, or belief system that suggests you can draw closer to God and does not exalt Jesus Christ, is clearly false.  The only way to commune with God is through His Son.  Beware of the wolves that lead their sheep to slaughter!

If you are interested in a more comprehensive study of the Daniel Plan, I would highly suggest that you read this article by Justin Edwards.

Psalm 19:14   "Let the words of my mouth and the meditation of my heart be acceptable in thy sight, O LORD, my strength and my redeemer."