The Light In Our Lives

Yesterday I celebrated twenty-eight years of marriage to a man that I greatly love and respect.  But this post is more than an ode to our anniversary.  It is about taking the time to contemplate all that one life can mean on this planet.  Twenty-eight years ago, I could not have foreseen what God had planned for PLW and me.  In fact, I am sad to report that I didn't give a whole lot of thought to what role I wanted God to play in my journey.
I couldn't see that He would orchestrate a car accident just a month before my wedding that would send my little Dodge Colt spiraling end over end from the rear impact of a hit-and-run driver.  No one seemed to have seen the accident, even though it happened on a well-lit stretch of Interstate highway on a Saturday night.  No one stopped to help me, and I ran to a nearby hotel, covered in blood, to ask that the night clerk call my fiancé.
PLW raced to the hospital, arriving at the same time that the ambulance rolled into the emergency entrance.  I was lucky that night.  I only received six stitches on the top of my head, and they were well healed by the time our wedding ceremony took place in front of a fireplace and lit Christmas tree at a friend's home.  We were surrounded by family and friends, and our vows before God were all the sweeter thanks to His intervention in my accident.
And, yes, I say "intervention", because I truly believe He has involved Himself in this marriage and our lives from the very beginning.  From the moment that I cried out to Him as my car rolled out of control; through His pushing me out of this world's "systems" and supporting my husband's God-given talents (by trusting in Him for our financial security); to the revelation I received 5 years ago to "be the pen, not the blank piece of paper", and use my own talent for writing [that came from Him] ... it has all been to glorify Him.
I have seen the transformation of my husband from someone who had a solid belief in God from childhood, to an outspoken recruit for God's Kingdom here on earth.  We have both become tireless in our efforts to understand His Word and share the need that mankind has for His saving grace.  He is our priority, and it is becoming increasingly difficult to keep body and soul together in this world. 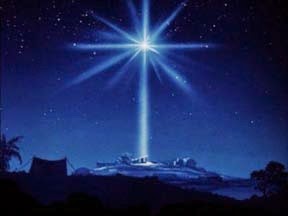 Perhaps because of the transforming paths which we have experienced, we have learned not to take anything for granted; especially our human relationships.  The material things of this world don't interest us; people do.  As we've grown closer to God, it is our human interaction that has become important to us.  He seems to be bringing us into contact with people who are searching for Him; we are drawn to those who yearn to know Him and it is our privilege to share what He has done in our lives... because we know all too well, how quickly this life can be snatched from us.
For some reason -- and I don't know if it is because this world seems to be growing darker -- but this Christmas season has been engulfed in death.  Everywhere I turn, I am hearing sad stories of the unexpected deaths of loved ones.... someone's mother killed by a drunk driver; another's young niece who fell asleep at the wheel and was killed; the death of a dear friend from a long cancer battle, and the subsequent death of his brother-in-law from a heart attack while on the way to visit him; the impending death of a faithful friend from his battle with brain cancer.  These are real and personal stories to us.
Then there are the countless stories flashed across the TV screen: children murdered in a Pakistan school; children beheaded in Iraq; threats of nukes, world starvation, and rampant plagues.  The faces may not be familiar, but the shadow of death and darkness remains the same.
But then I remind myself that it was the same on the eve that our Savior was born.  The world was a dark place two thousand years ago, much like it is today.  It had been over 400 years since the nation of Israel had heard directly from God through His prophets.  And His presence certainly didn't seem to be apparent in His children; nor is it too visible today.
The nation of Israel was oppressed by the tyranny of Rome.  The modern nation of Israel is undergoing its own oppression, and persecution and repression are felt around the globe.  The priests and leaders who were to represent God to the people had grown corrupt and distorted God's message. The focus was on growing richer, and they had abandoned their responsibility to care for the poor and widows.  They worshipped themselves and their position, more than they revered God.  Is it any different today?  It was dark then, and it is certainly dark now.
But into that darkness shown a Holy Light, and it still shines into the darkness today!  Through whatever darkness is in your life at this moment; whether it be death, broken relationships, financial troubles, failing health, or the oppression of this world ... remember that Christ brought Light into this dark world.  It is available to all of us, and we can share it with those who need it most this Season.  Take no one for granted; speak His Light into everyone's life; take every opportunity to dispel the darkness.  It is the reason He came, and our reason for existing.

Matthew 4:16    "The people who dwelt enveloped in darkness have seen a great Light, and for those who sat in the land and shadow of death Light has dawned."
Posted by Pam Kohler at 7:00 AM