I think only the foolish would deny that we encounter at least a modicum of threat from the advancing world of technology.  Take implantable RFID chips, Transhumanism (and the Singularity), and the integration of man and computer, and you have enough options to put the existence of the human race in jeopardy.
But even if you think that those developments are unlikely or harmless, I would advise you to consider the following:  both Apple and Google have your children in their sights.  They are targeting children for either marketing purposes, data collection, or to promote cultural influence; and if I was guessing, probably all three at once! 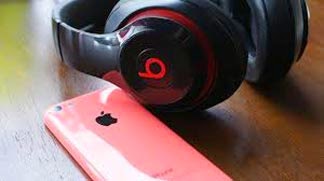 How many of your kids have cell phones or the latest craze in music, Beats headphones?  In case you are unfamiliar with this particular product, the Beats line is primarily focused on headphones and speakers, marketed under the brand Beats by hip hop songster Dr. Dre; in particular, its headphone line characteristically places a heavy emphasis on bass, which, in advertising material, Dr. Dre stated allows listeners to hear "all" of the music.
Now, here is where I'm going to take you down a rabbit hole.  Researchers at the Kellogg School of Management at Northwestern University recently conducted a study to see if music could transform the psychological state of the listener.  After watching athletes listening to music on headphones to pump themselves up before a big game, they wanted to know what effect music had on the players, and if they could identify a particular component of the music.  Essentially, they wanted to discover if there was a link between music and a sense of power; if so, they wanted to identify not only the consequences, but also a potential cause of this link.
What they found out was fascinating.  Those who listened to music with heavy bass levels exhibited a higher sense of power, confidence and dominance.  There was a definite music-power link!  And if you want to descend a little deeper down that rabbit hole, there is the well-known story among fans of heavy metal music in which the members of Black Sabbath actually dabbled in the occult, conjuring up a demonic presence.  That not only affected many of their lyrics, but the actual sounds they made with their music.  They successfully used lower bass tones in conjunction with a musical effect called "the Devil's Interval" to create scary, evil-sounding music.  (In fact, "the Devil's Interval" has a long and troublesome history, even to the point of being banned by the medieval Church in Europe).
So, what does all this riveting trivia have to do with your children, Apple, and Google?  Starting early next year, Apple plans on pushing its Beats music subscription app to every iPhone and iPad.  Apple will rebrand this music subscription under the familiar umbrella of iTunes, and your kids will have access all of the time, to all of the music, with its deep resonating bass.  Now, I'm not prepared to say that the Devil is in the music -- but I think there is enough evidence that power and dominance are associated with heavy bass undertones, and I do not underestimate the Devil's ability to influence our kids through music -- he has certainly been able to exhibit his control over Katy Perry, Miley Cyrus and Nikki Minaj.
Apple's competitor in this market, Google, also has potential to influence your kids.  Not only does it have its own music streaming application (Google Play All Access), but it has announced that it is openly "developing products for the under-13s".  In fact, components such as YouTube, Google Plus and the Chrome browser will now be "child-friendly".  Remember, this is the same corporation whose company motto is "Don't be evil".  They want you, as parents, to have no worries -- they want you to believe that all their services will be "fun and safe".  Make you feel better? 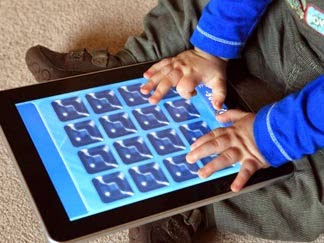 Here's the way Google looks at it ... kids already understand the technology better than we do; they are online multiple hours of the day, at home and at school.  Why not simply make it easier for the kids to use this technology?   After all, we need to face the fact that all those parental controls don't really stop the kids from accessing things on the net anyway.  Did you know that Facebook, which like other platforms does not allow minors to sign up, was used by 7.5 million under-13s who had concealed their age, according to a 2011 study?  And that's a platform that's not aimed at children!  You can imagine the Pandora's box that will be opened when these corporations actually target kids!!
But here's the central argument for me -- not only do we need to worry about protecting children from online predators and explicit material, but since when do we want to allow our children to be exploited for gain?  Do you really want your 9-year-old to be marketed to as a consumer?  Why can't we just let them be kids, without exposing them to the preoccupation of adult society for the ever-increasing acquisition of "stuff"?
And I would like to introduce you to just a few of the games being offered to the modern child:  Club Penguin - A multi-player game aimed at children aged six to 14. Players use penguin avatars and the game takes place in a wintery virtual world. Players buy the game’s currency and spend it on things like clothes for their penguin characters. Moshi Monsters - A website aimed at children aged six to 14 which allows them to choose one of six pet monsters. Children can customize their monster, earn virtual currency, play games and communicate with other users. It has expanded into a multimillion-pound business in Britain.  The Lego Club - A free club and website for children aged 4 to 11. They subscribe to a free magazine, play games and get invited to events. They can also get email newsletters with details of new Lego products.
So let me close out this warning for the future, with this thought ... Do you really think that you will be able to monitor every minute your child is on one of these sites?  And will you know who will be lurking in that "virtual world" or what influence they will have on your child?  (I'm thinking of the girls who tried to kill a classmate to impress a fictional evil character on the Internet, known as Slender Man).  Will you read and censor all the content in those free magazines, or be aware of the events they are invited to? And will you be able to teach them to be responsible consumers, or will they see it as an entitlement, courtesy of companies that market specifically to them?
I just can't help but repeat what my spirit discerns ... there have some good outcomes from our increased knowledge via technology; but I would give up a whole lot of our progress for a simpler life and less intrusion.   I fear for our children in the coming years; for their physical and mental safety, and their spiritual health.  God save us from ourselves!

For more information on Google's plans to target your children, click here.

Proverbs 8:12    "I wisdom dwell with prudence, and find out knowledge of witty inventions."

Email ThisBlogThis!Share to TwitterShare to FacebookShare to Pinterest
Labels: Technology