I would venture to guess that more people consider the Bible this time of year than any other; if for nothing else than to read the "Christmas story" in Matthew and Luke.  But I think we better start taking a good hard look at "the story" that the Book of Revelation imparts, as well ... especially as it potentially concerns Russia and China. 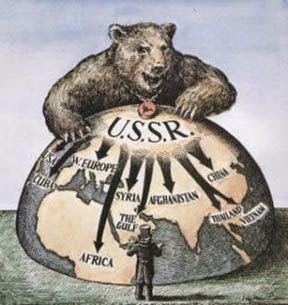 Whether Christian or not, everyone has probably heard the Biblical terms "Gog and Magog", and how they refer to an End Times war that will destroy the earth's population. No one can say for sure who the players will be, but it has been popular theory to assume that Gog, the prince in Ezekiel, Chapter 38, whom God warns that He "will turn you about and put hooks into your jaws, and I will bring you out, and all your army", is Russia.  The Bible goes on to prophesy that Gog will come out of the north, along with armies from Persia (Iran), Ethiopia, Libya, and Gomer (Turkey) to assault the land of Israel.
Furthermore, there are other prophecies in Revelation that the water will dry up in the great Euphrates River, "that the way [road] of the kings of the east might be prepared"; along with a forecast of a 200 million man army that will be allowed to kill one-third of the population.  Another popular theory is that China fits both descriptions; they are certainly "king of the east", and the country's build-up of nuclear weapons ensures that it has the capability of annihilating millions via weapons of mass destruction.
Like I said, all this is theory and cannot be proven one way or another.  But what appears to be happening before our very eyes is an alarming coalition between Russia and China.  In reaction to strong embargoes on the part of the U.S. against Russia, China appears to be positioning itself as Russia's new strategic partner.  In fact, over the last several months, Chinese leader Xi Jinping and the Chinese Communist Party have repeatedly exhorted the People’s Liberation Army to “be ready to win a war.” Xi has repeatedly called for greater military modernization, increased training, and enhanced overall readiness of the Chinese army, navy, and air force.
And, if we think Russia and President Putin are just going to sit idly by while we attempt to destroy their economy, then we're more naive than I've thought.  According to one source, two Chinese officials have offered to help Russia stabilize its currency following the ruble's precipitous decline last week. "If the Russian side needs, we will provide necessary assistance within our capacity,” said Chinese Foreign Minister Wang Yi. 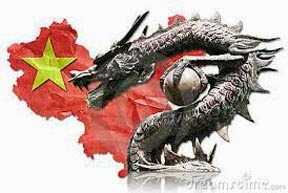 If you will remember, Russia and China were communist allies throughout the Cultural Revolution and Cold War. And as neighbors, their financial and strategic interests overlap. China is a huge buyer of Russia's natural resources, and Russia is a great consumer of Chinese exports.  They are natural allies when it comes to destroying the power of the West, especially the U.S, and it's only logical that they would like nothing better than to crush our fragile financial system.
There are also rumors that both Russia and China are attempting to stockpile resources, as in the case of nuclear warfare.  Since we have adopted a policy of reducing our nuclear capabilities, both of these superpowers no longer fear "Mutually Assured Destruction", but rather could be preparing for "First Strikes" against a weakened U.S. mainland and military.
While none of these "theories" or "rumors" seem to point to a Biblical prophecy of assaults on Israel, it might just be that we haven't connected the dots yet.  But remember that in the past, then Russian President Medvedev joined with Chinese President Hu, to issue an “urgent warning” to the United States that if the Americans allow an Israeli nuclear attack upon Iran, “World War will be our response”.  Israel hasn't attacked Iran yet, but we all know that the tension is there, and upon assuming the Presidency, Mr. Obama was given a stark warning by Israel’s Prime Minister, that “Either you take care of Iran -- quickly -- or I will!”  Since that threat still remains viable, I would say the puzzle pieces of the Bible could be coming into alignment.
Whether we are about to see ancient prophecies fulfilled, or there is simply heightened stress on the relationships between the Big Powers of the World, no one can deny that Russia and China should be on our radar screen.  We should be concerned about Russia reacting like a wounded animal, and China feeling like it's a good time to take advantage of a weakened rival.
As I said, I am not ready to prescribe an official interpretation of the Book of Revelation.  But I do think we should be on the watch for people, events, and nations that could signal the return of the Lord.  After all, He asks us not to be caught unaware.  And let's not forget this, the symbol for Russia is the bear, and for China, it is the dragon ... so, it would be foolish on our part to ignore the threats they are making.

Revelation 13:2     "And the beast which I saw was like unto a leopard, and his feet were as the feet of a bear, and his mouth as the mouth of a lion: and the dragon gave him his power, and his seat, and great authority."