Is The Glow of Christmas Gone? 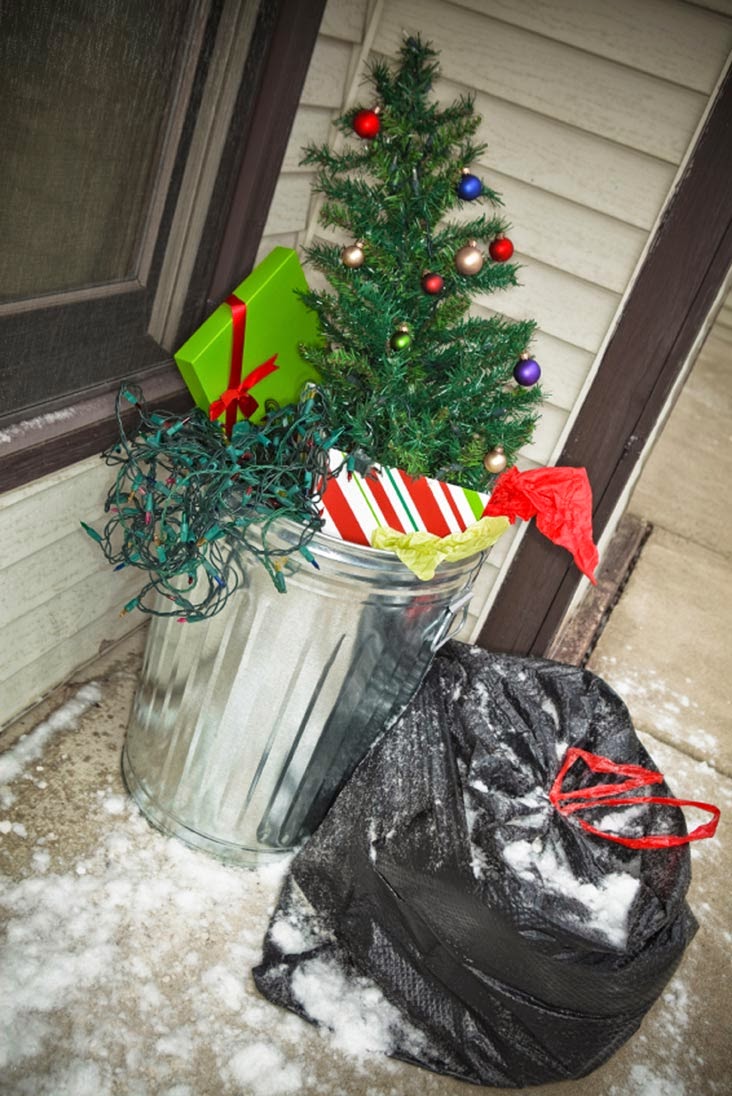 The thrill of Christmas morning has passed; the gifts have all been opened and family has either departed for home, or everyone is doing their "own thing" ... some parked in front of the TV; others are buried in their new technology gadgets; still others have escaped to a movie or for a long walk.
What I'm really saying is this:  "What does Christmas mean to you?  Have you really stopped to consider what this holiday is really about?"  I ask this because I received an email from a reader who asked me the following .... Have you done an essay on Christmas not being Christian?  You know, the pagan roots of Christmas, Jesus actually born during the fall feasts, Saturnalia and winter solstice celebration, meanings of the Christmas tree, gifts giving, etc?  I'm particularly interested in how the church and Christians celebrate Christmas. We all know that the commercialism, Santa, etc are not Christian, but how about "Jesus is the reason for the season?" being a lie also? This reader then went on to say that he had changed his attitude about Christmas, but his family was slow to accept his viewpoint.  I know that there are many more out there just like him, and much more that feel something is missing; they just don't know what.
I then pointed him to a four-part series I wrote last year on this very topic.  I made the very deliberate decision not to repeat my research or opinion this year prior to the festivities; or to discuss my personal feelings about celebrating Christmas.  Instead, I chose to just sit back and view how others -- both Christian and non-Christian -- observed this most American of holidays.  I also wanted to check how I felt this year.  What did the Christmas holiday feel like now?  Did I long for the sentimental aspects?
All that aside, today is the day after Christmas, and I must say that I am as convinced as ever that we Christians need to know the truth about this holiday, both historically and spiritually.  I think that it may explain why so many people are left feeling depressed and disappointed after all the build-up to what is supposed to be a season filled with joy and merriment.
I also realize that new readers of this blog have not been introduced to my spiritual journey on this topic, and may be experiencing a similar one of their own.  For that reason, I would now like to invite you to revisit my four-part series on The Meaning of Christmas.  The following are the links to each essay, with a brief summary of what is revealed.  I hope that you will read them in their entirety, with an open and inquiring mind, and accept that they are, in no way, a judgment against anyone.  I would hope that they will encourage you to do your own research and search the Scriptures for the Truth.  My essays are written to those who love the Lord, but are not restricted to Believers; all can find them instructive and fascinating in the history they reveal.

Part One:  What does God's commandment to follow His feasts have to do with our celebration of Christmas?  As we study Scripture, we discover that Christianity has its roots in the faith of the Hebrews, and God commanded certain customs and rites to be observed for all generations.  The New Testament is a renewal of the covenant that God made with the Israelites, and because God never changes, what He decreed in the Old Testament (to the Hebrews) is as relevant today (to us) as it was thousands of years ago.  This segment of the series sets up how God's holy days were replaced with man-made traditions.

Part Two:  As adopted children of God, and grafted into the faith of the Israelites (Romans 11), we Christians are commanded to also consecrate God's feasts that He instituted -- not our own.  Remember, Scripture tells us that they are HIS feasts; not the feasts of the JEWS.  You might be surprised to discover that the Church of the First Century was primarily Jewish in membership, with a growing contingent of Gentile converts.  The Early Church did observe the Lord's Feasts, which was a pleasing aroma to Him.  But with the increase and infusion of pagan influences into what were to be holy observances, God declares in Amos 5:21, "I hate, I despise your feast days.  I do not savor your sacred assemblies."
In this part of the series, I relate how the Emperor Constantine perverted the Church and its holy days into pagan-impacted holidays.  His extreme hatred of the Jews resulted in their exclusion from the Early Church, and their subsequent contempt of our festivities.

Part Three:  God called Abraham out of the pagan world that worshipped a variety of gods, the foremost being the Sun god.  This section of my series relates how Sun god worship provided the foundation of the Christmas celebration.  The pagan holidays of "Saturnalia" and "Dies Natalis Solis Invicti" (which means "birthday of the unconquered Sun"), both of which were celebrated on December 25th, when the Romans thought the Winter Solstice took place, made it easy for Constantine to merge facets of the Christian faith with accepted pagan practices, and keep the hated Jews separate and isolated.
Part Three provides numerous quotes from Early Church Fathers, such as St. Augustine and Tertullian, who wrote, "The pagan Romans clad their door posts with green and branching laurels.  In the Saturnalia, presents come and go.  There are gifts and banquets … yet Christians should have no acquaintance with the festivals of the pagans."  I conclude this section with the admission that it is hard to think that the warm, fuzzy childhood Christmas memories that we hold so dear in our hearts could have anything to do with pagan rituals, but we must ask ourselves, "Is our heart really a good judge of what God desires of us?"  Perhaps what Jeremiah 17:9 has to say is the answer ... The heart is deceitful above all things, and desperately wicked... We want what we want.

Part Four:  The last part of my four-part series examines the history of Christmas in this country.  Would it surprise you to know that for the first 230 years of our nation, that the celebration of Christmas was nearly non-existent?  The Puritan community in New England found no Scriptural justification for celebrating Christmas, and associated such celebrations with paganism and idolatry. In fact, James Hastings, a Bible scholar, writes that in 1644, "December 25th was proclaimed a fast day [a time of abstaining from food and festivity to focus on religious devotion]. The new rule was enforced by the army, which spent much of its time pulling down the greenery that festive 'pagans' had attached to their doors."
By the 19th Century, Americans had re-invented Christmas, and changed it from a raucous carnival holiday into a family-centered day of peace and nostalgia.  It has since become highly commercialized, and the holiness of the Christ child's birth must share center stage with Black Friday and all the materialistic ornamentation and embellishment of the holiday.  It is in the midst of this convolution of history, un-Biblical rituals, and human emotions that we must determine how we feel about, and observe Christmas. 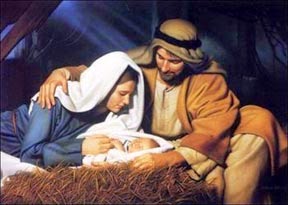 That is a difficult decision that each individual must determine for themselves.  I would challenge you with the following questions:  1)  Are we worshipping God in practices that are rooted in mankind’s traditions and decrees, or are we worshipping according to Biblical truth?  2) Which matters most – what it means to us or what it means to God?  As you read each part of my series, I hope you will ask the Holy Spirit for guidance as to how you should respond.
I will say this ... without exception, it seems as if Christians struggle with letting go of what we have known in our Christmas celebrations.  Somehow, we continue to equate our emotions and memories of the holiday, along with the assault on our senses (beautiful lights, decorations, and festive trees), with the worship of our Savior.  Somehow, it seems difficult to celebrate His birth while letting go of our fleshly desires to look upon worldly delights.
God was very exacting and clear about how He wished to be worshipped, and to Whom each Feast Day pointed.  Do you see anywhere in Scripture that He commanded the day of the birth of His Son to be a "holy day", which is the origination of our term "holiday"?  Do you see evidence of the Disciples worshipping that particular day anytime after His death?  Yes, both Matthew and Luke give us a beautiful story of the details of His conception and birth, and we should honor all that it signifies for us.  Gifts were brought to Him, but as tokens of His Kingship, His Priesthood, and His role as Savior.  Nowhere do I see suggestions of what the Christmas holiday has become.
So, as you contemplate another Christmas, come and gone, I hope that will be able to dwell upon the true meaning of our Savior's birth, and decide what is right for you in the matter of pleasing God. You will know, because you will feel at peace and all conflict will be gone.  That is the true essence of "Peace on earth, and good will toward men."