Congressional Spending Bill: The Wins & Losses For The American People 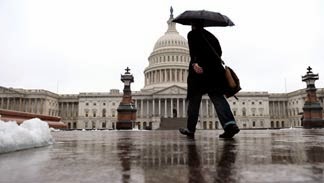 I've had a day or so to mull over the spending bill before Congress.  While being touted as a "Bipartisan Compromise", initial reports of the $1.01 Trillion boondoggle reveals where the focus of our elected officials lie.  Remember, these are the representatives that we send to Washington to rule the nation on our behalf -- not to vote for their own ideologies.  Based on an article in The Washington Post,  here is a brief summary of some of the dollars proposed; and it should give us a clear picture of how we will be governed.  Pay close attention to what agencies will be receiving more money, and ask yourselves, "Why"?

Increases In Spending: (You decide if it truly benefits the American people).
•  Campaign Finance:  Through some manipulations and "funny politics", donors can now give $324,000 in campaign donations -- that's a 10% increase over current limits.
•  Centers For Disease Control:  receives an additional $42.7 million, making their budget $6.98 Billion.
•  National Institute of Health:  plus $150 Million in funding.
•  FDA & Food Safety:  an additional $37 million, from last year's budget of $2.68 Billion.
•  Immigration:  There's lots of land mines in this section of the funding bill.  The Department of Homeland Security will only be funded until next February.  (But don't worry, this is probably to throw us off their trail).  Then there's the $80 Million increase for the Department of Health & Human Services for the "unaccompanied children's program" that sees to their health issues.  Add in the $14 Million to help schools absorb new immigrant students, and you can clearly see the priorities.  What about helping the inner city schools, which has been peddled as a contributing factor to the racial unrest in this country?
•  Overseas Military Operations: $1.3 Billion to combat ISIS, and $1.6 Billion to train Iraqi and Kurdish forces; plus an additional $500 Million to train and equip vetted Syrian forces, (who are complaining that they have stopped receiving arms and aid from the U.S.)

Decreases in Spending:
•  The Affordable Care Act (ACA) or ObamaCare:  Congress will try to pull the wool over our eyes by saying that they have decreased the budget by $10 Million for the Independent Advisory Board (so-called Death panels) within the Affordable Care Act; and that there is no new money allocated for ObamaCare.  But I guess they think of us the same way the ACA Architect, Jonathan Gruber, does ... stupid.  But it doesn't take a genius to see that we have been fooled once again.  ObamaCare is still funded, and still exists.  It remains to be seen what the new sworn-in Congress can do to fulfill their campaign promises of defunding it
•  Ebola:  Congress only funded $5.4 Billion, instead of the $6 Billion the President wanted to fight this modern-day plague.
•  Environmental Protection Agency:  Their budget is down to $8.1 Billion, $60 Million less than last year, plus 21% down since 2010.  This budget cut likely means staff reductions.
•  IRS:  Their budget is slashed by $345 Million, and they can't target organizations (such as the Tea Party), based on ideological beliefs.

Wins: (At least from my perspective):  We can take some satisfaction from the following cuts in the budget:
•  Abortion:  There will not be any Federal Funding for most abortions.  I see a Supreme Court case in our future, don't you?
•  Clean Water Act:  Congress has blocked the Environmental Protection Agency (EPA) from applying restrictions to certain farm ponds and irrigation ditches; a definite win for farmers.
•  Palestinian Authority:  There will be no assistance to the PA if it becomes a member of the United Nations, or UN agencies, without an agreement with Israel.  The bill also prohibits funding for Hamas.
•  Common Core:  There is no funding for this Progressive agenda-driven Educational curriculum.
•  Department of Veterans Affairs:  This department will receive more money and more oversight; long overdue.  $209 Million added to address new costs related to additional medical staff and expanding dozens of facilities.  In addition, the VA's inspector general is getting a $5 million budget increase to continue investigating lapses in patient care.
•  Whistleblowers:  Whistleblowers will now be protected from prosecution should they report allegations of waste, fraud or abuse, even if they sign a confidentiality agreement 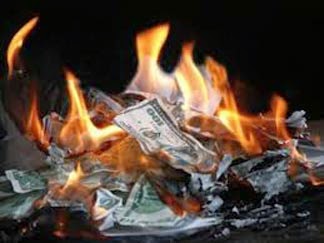 Losses For The American People:
•  Egypt:  We are still funding this Muslim Brotherhood-influenced nation with $1.3 Billion in military aid, and $150 Million in Economic aid.  How does this benefit us, again?
•  Guantanamo Bay:  Detainees will still allowed to transfer to other countries -- perhaps to fight again another day?
•  Military personnel vs Federal Employees:  Members of the military will see their pay increase cut from 1.8% to 1% (Generals and flag officers receive a pay freeze), while Federal Employees will see a 1% increase in their pay.  And after the embarrassing scandals regarding elaborate conferences and travel perks, Congress has agreed to ban, or at least "put limits on certain conferences, official travel and some employee awards."  Military personnel, on the other hand, are losing their 5% discount on tobacco-related products at military exchanges.

I don't know if any of you even waded through all the facts and figures of this post -- or, if you even care.  And I can't say that I don't blame you.  Our government is so out of control with spending and their mismanagement of our trust.  There will be further manipulating of the bill, and there's a good possibility that we may never know all that is hidden in it, or even if it will be enacted as it is pronounced.  But one thing we know for sure ... as a nation, we are far from being fiscally sound or good stewards of all the largesse that God has bestowed on us.  It is readily apparent -- to me, at least -- that if we had to defend our management of all that He has given us, there would be a huge payment coming due.  It's time to reconcile the books and balance the budget.

Malachi 3:8-9   "Will man rob God? Yet you are robbing me. But you say, ‘How have we robbed you?’ In your tithes and contributions. You are cursed with a curse, for you are robbing me, the whole nation of you."