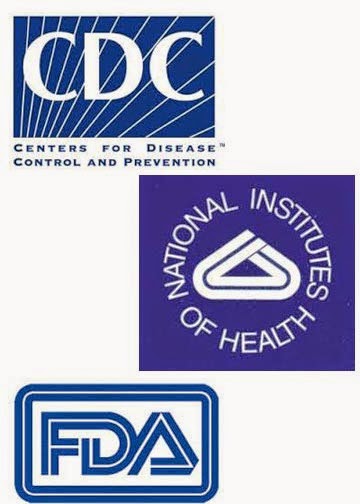 As I sat yesterday afternoon, watching Congress's House Energy and Commerce Subcommittee on Oversight and Investigations grill the top federal health professionals on our Ebola crisis, my Biblical worldview helped me to quickly see through the subterfuge.  Doctors and officials from the foremost government agencies all appeared -- the Food and Drug Administration (FDA); the U.S. Department of Health and Human Services (HHS); Homeland Security; Texas Health Resources; the Centers for Disease Control and Prevention (CDC); and the National Institute of Health (NIH) -- supposedly to answer the cares and concerns of our elected representatives.  Naturally, we would hope that these politicians truly represented the interests of the American people.
If you just listened to the hearing through the lens of "how to better protect Americans", you might think that these bureaucratic organizations are centered on limiting the spread of Ebola.  You would have heard lots of talk about travel restrictions, travel bans, and quarantines.  But if you listened closer, as one who "has ears to hear", you would have picked up on the testimony of Dr. Anthony Fauci, who is the head of the National Institute of Health.
He referred to the NIH's Phase I early-stage human clinical trials of an Ebola vaccine on healthy volunteers at the Walter Reed Army Institute of Research.  (Does it bother you that the military is always the guinea pig?  But, I digress).  The NIHs own press release revealed that "the investigational vaccine is based on a recombinant type of chimpanzee “cold” virus, called chimp adenovirus type 3 (ChAd3)."  Exactly what does this mean, and how does it relate to "The Days of Noah"?
First of all, if you have been a reader of my blog, then you know that I have a different slant on Chapter 6, verse 4, of Genesis.  For your enlightenment, here is a quick synopsis: I believe this controversial passage of Scripture happened just as the Bible records, and tells us of Satan's attempt to pollute the human genome into something that no longer resembled "the image of God".  The Scripture reads, "In those days, giants lived on the earth and also afterward, when divine beings and human daughters had sexual relations and gave birth to children (the Nephilim). These were the ancient heroes, famous men."  From this verse, it is my discernment that the ancient heroes were what we consider the mythological demigods, such as the Titans and the Olympians; and included such superstars as Zeus, Apollo, Cronus, Atlas and Prometheus.  They were genetically part Fallen Angel, and part human. 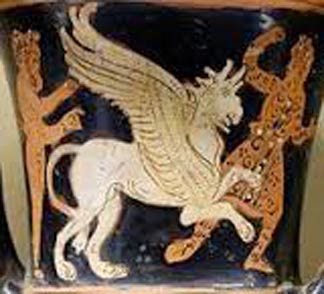 At the same time, all the mythological creatures that we think of as folk tales or legend -- hybrid creatures, known as Chimeras, appeared as minotaurs, satyrs or centaurs, among others -- and are the result of the same kind of genetic manipulation.  We think of them as myths, but every culture contains ancient stories of them, and their images have been seen on countless archeological findings.  This kind of Fallen Angel-technology has been known since the "days of Noah", and the knowledge is once again  being revived.
So, how am I making the connection between a disputed Bible verse and today's crisis with Ebola? To see the relationship, one must consider Jesus's warning to us before His death and resurrection.  When asked by His disciples when He would return, He answered, "For the coming of the Son of Man will be just like the days of Noah...".  In the days of Noah, God saw how wicked man had become and how the inclination of the thoughts of the human heart had become evil. Obviously, Jesus knew this kind of evil behavior would occur again.
I contend that this Ebola event, just as "in the days of Noah", could be an example for such wickedness.  Consider this: As stated, the NIH's investigational vaccine is based on a recombinant chimpanzee virus.  It is my understanding that recombinant DNA is "DNA molecules that are extracted from different sources and chemically joined together; for example DNA comprising an animal gene may be recombined with DNA from a bacterium", producing a new genetic combination -- in this case, Ebola.
Could Satan, through the auspices of modern medicine and a world health crisis, once again be attempting to manipulate our gene pool; to change the genetic material of the world's population so that we no longer resemble the human beings that God made? 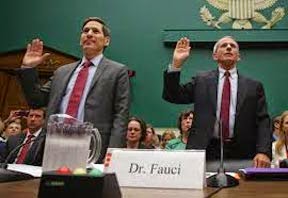 During the Congressional hearings, it was hard not to perceive the excitement with which Dr. Fauci of the NIH talked about the Phase I experiment.  "If we don't contain [Ebola}, we may well need a vaccine."  And when you listened to the fumbling answers from Dr. Thomas Frieden, of the CDC, one has to wonder if they really want to contain Ebola.  He couldn't explain how the CDC could advise Nurse Amber Vinson that it was safe to travel by air, when they knew she had been in direct contact with Thomas Duncan.  And do his previous days' comments about "protecting fledgling democracies" belie the real purpose behind our health professionals' treatment of Ebola in this country?  Doesn't make sense, does it? Unless.....
Unless you listened to the later testimony by Dr. Fauci, who made reference to Canada's NewLink Genetics Corporation, which is working on the vaccine that both the World Health Organization and the Department of Defense applaud as "one of the most advanced in the world."  NewLink describes the vaccine as containing "a combination of a gene from the Ebola virus and other materials, including the Vesicular stomatitis virus (VSV), which is a non-human pathogen, but does not contain the actual Ebola virus."  Furthermore, officials claim that "there is no reason to quarantine any of the test subjects during the trial."
So let me ask you this:  health officials have expressed their uncertainty about how this deadly virus is spreading, right?  What could be the possible motive for not quarantining subjects during a trial of this vaccine? Could it be that they are anticipating a pandemic?  And wouldn't that necessitate a mandate that everyone must take the vaccine?  How convenient for moving Satan's plan forward!
Perhaps a partial answer can be found in Dr. Fauci's subsequent testimony.  He was quick to sing the praises of the possible vaccine.  "Contracts need to move forward as quickly as possible... We need to expand production and get rapid approval from the FDA ... The ultimate goal is to expand into Africa; if successful after Phase I, we will expand into larger trials in West Africa."
Of course, that all sounds like good humanitarian policy, until you consider that there are other Biblical prophecies that come into play ... the death of 1/4 of the world's population ... pestilence and plague ... and who is to say that Satan can't work on multiple levels?  And one cannot ignore the Apostle Paul's warning against the evil deeds of men and their use of "sorcery".  It is important to understand that, in the Greek, this word is rendered pharmakeia, (where our word, pharmaceuticals comes from) and Strong's Concordance has established that it means, "the use of drugs, whether simple or potent, generally accompanied by incantations and appeals to occult powers."  The word's primary reference was to drugs, and to those who employed them for whatever reason (in this case: for godless purposes).
I guess I just can't reconcile the contradictory statements by these influential health officials.  On one hand, Dr. Frieden, of the CDC, proclaimed that there is no need to worry; that Ebola has very little likelihood of spreading to the general population; and that they are quite capable of controlling it.  On the other hand, Dr. Fauci, of the NIH, called for government funding to rapidly advance the production of a vaccine, in preparation for the possibility of "a raging epidemic."  Keep us docile and discourage vigilance ... while planning for mass vaccinations ... and with a drug that introduces non-human genes into our bodies.  As a Christian, that just doesn't work for me. 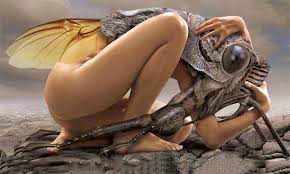 So, in summarizing, I know that there will be those who do not see this situation as I do.  I respect our differences of opinion, but I would hope that you would pray and ask for guidance when it comes time to make a decision about taking an Ebola vaccine.  You don't have to be a Believer to see that things are just not adding up.
But I have to ask, Is there a possibility that we actually possess a "God gene", as molecular geneticist Dean Hamer claims?  Indeed, Paul tells the Corinthians (1 Corinthians 15:39) that "Not all flesh is the same: People have one kind of flesh, animals have another...".  So when he says just a few verses later, "flesh and blood cannot [become partakers of eternal salvation and] inherit or share in the kingdom of God;", he is telling us that at some point, if we combine our DNA with a different kind of flesh, God will no longer recognize us as worthy of salvation.  And didn't Satan show us "in the days of Noah", that it is his game plan to pollute or corrupt that perfect DNA to claim us as his own?
Which brings me to my final thought of the day ... and you better put your tin foil hat on for this one!  Why was it determined that Nurse #1 (Nina Pham), who had received plasma from Christian doctor Kent Brantley and was in "good and stable" condition, should be transferred to an isolation chamber at Dr. Fauci's NHI facility?  At the Congressional hearing, Dr. Fauci said that he would personally monitor Ms. Pham, and that she would receive "state of the art" care.  My question is this: She seems to be recovering from Ebola on her own (with the help of Dr. Brantley's plasma); will she now be subjected to the genetically engineered vaccine?  And will her body become the battle ground between God and Satan's DNA?  Sounds crazy, right?  But if Genesis 6:4 can happen, who's to say .....?

Malachi 3:5   "Then I will draw near to you for judgment; I will be swift to bear witness against the sorcerers..."