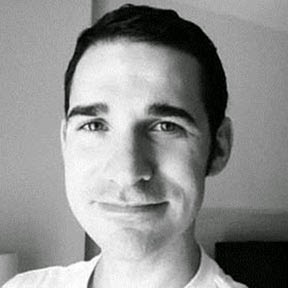 OK, how about a little conspiracy theory to start our day?  We've all heard the news reports about Dr. Craig Spencer, the physician from Doctors Without Borders, who became symptomatic with Ebola after returning to the U.S. --- and holds the distinction of being the first Ebola patient in New York City.  He is currently listed in "serious, but stable" condition.
Dr. Spencer arrived back in the U.S., after treating Ebola patients in Guinea, West Africa.  He reportedly passed all the screening tests at John F. Kennedy Airport, and then proceeded to enjoy life in New York City.  He visited a local park, ate at The Meatball Shop restaurant, stopped by a coffee shop, found time to take a 3-mile long jog through another park, take a taxi to a bowling alley, and ride 3 different subway trains -- all within a week of returning stateside and coming down with a 103F fever and Ebola.
Does anyone else think something about this smells fishy?  Naturally, the people of New York are a little unnerved; especially the neighborhoods in which he visited.  But it was one Twitter post that caught my attention ... "He took the subway from Harlem to Brooklyn?!?! YOU LITERALLY HAVE TO GO THROUGH THE ENTIRE CITY SUBWAY SYSTEM TO DO THAT".
Is it irresponsible of me to wonder why a doctor, who has seen the ravages of Ebola, and knows how rapidly it can spread, would seem to be so nonchalant about taking the necessary steps to make sure he was virus-free before potentially exposing a metropolis like NYC to this deadly disease?  Wouldn't it have been rational for him to take a few days to make sure he showed no symptoms?  After all, there is supposedly a 21-day incubation period.  Dr. Spencer hardly allowed enough time to see if he would begin showing symptoms, before exposing a nice chunk of NYC to the virus.
Yeah, yeah, he says he wasn't feeling bad, just "fatigued".  But he sure managed to cover a lot of miles and visit a lot of places in three days for someone who was "so tired."  I'm just saying'... If I didn't know better, I would think this looked like an attempt to expose as many people as possible to the disease ... just in case he did come down with it.  Just think about all the potential victims who rode the three different subways; or all the people in the bowling alley, restaurant and coffee shop.  And how many people rode in the same cab he took, or came into contact with him during his hike in the park?  (OK, I'll admit I've got my tin foil hat on!)
But let me share this little bit of news with you, as well. There's a YouTube video showing a 16-year-old neighbor of Dr. Spencer's being interviewed outside the apartment building in which they both live.  She comments on how nice he is, his dedication to his work with Doctors Without Borders, and she hasn't seen him in a few weeks.  But when (allegedly) shown a picture of Dr. Spencer by one of the reporters, she screws up her face, recoils for an instant, and says, "No, no.  That's not him."

So what's the truth here?  Is this an Ebola false-flag event, inspired to cause fear?  Or do we have an actor playing Dr. Spencer in order to actually spread the disease?  Is the girl even his neighbor, or is she just another subterfuge to keep us off our guard?  Do any of these unsubstantiated rumors have anything to do with the fact that the U.S. government owns a patent on Ebola?  Doesn't it make just a little bit of sense that the good ol' Hegelian Dialect could be in play here?   You know -- create the problem so that your pre-determined solution can be applied to solving the problem.   An article on Western Journalism lays all out for you:  "Uncle Sam owns the patent on Ebola, but they also own the rights to all variations on Ebola, with the rights to all Ebola research. The official owner of this Ebola patent is: The Government of the US as Represented by the Secretary of the Dept. of Health. Essentially, it is a patent issued by The United States government to The United States government."
How do you patent something that is supposed to be naturally occurring?  But what if it isn't?  Has it been altered in some way?  And what if the disease mutates so fast, that the entire population becomes exposed and the government has to accelerate the development of a vaccine for the masses? Nice way to make a few bucks, wouldn't you say -- let alone subject the world's population to possible cancer-causing agents?  (Remember that the World's Elite are looking for ways to reduce the earth's population, and that the CDC has admitted to the possibility that 10-30 million polio vaccines may have been contaminated).
I really must admit that I wish my mind didn't turn towards these crazy scenarios.  I don't want to believe that man could be that devious or that greedy.  But then I realize how evil these times are, and that Satan can tempt man with evil schemes and plans.  I'd like to think that maybe I'm just too skeptical.  But tell me ... what has there been to generate any faith in our current system?  And now there is the whole confusing mess of a nurse who refuses to stay in quarantine!  I am just thankful that the devil's time is short, and my Lord is coming near.  I'm so weary of all this doubt and mistrust!