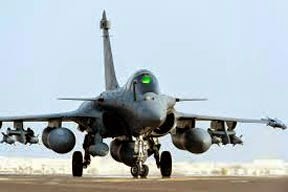 If you are new to this blog, then you've probably surmised that I look through the lens of a Biblical worldview.  I try to see "the bigger picture" via God's plan for the world, instead of the immediate political and social implications.  With that caveat, I am hesitant to jump into the dialogue on the turn we've taken towards the "war" with ISIS, and the recent airstrikes on Syria -- primarily, because I am no expert on Middle Eastern affairs and am speaking purely from a spiritual outlook; and a veiled one, at that.  Then there is my opinion that more will "develop"in the coming days that just might change the entire narrative.
To begin with, I find it difficult to figure out the true significance of all our foreign policy moves, and how that might relate to what God has in store for the world.  All the key players in this drama are part of the End Times prophecies in the Bible, so it's hard not to look for a broader perspective than media sound bites might reveal.  The back-and-forth on our relationships with these countries can leave your head spinning; especially when one week, the major news item is that we are "not at war" with ISIS, and the next week, we are.  But I believe that ISIS may only be a tool to bring about one of the biggest End-Times participants .... Iran (Persia in the Bible).
Think about it ... Iran is set to be one of the biggest beneficiaries of this latest war on terrorism, as embodied by ISIS, the radical jihadists who rose up out of the Syrian civil war.  From what I can glean from articles on FrontPageMag, and such Middle Eastern experts as Walid Shoebat and Majid Rafizadeh, Iran is clearly manipulating both the West and the Middle East, while playing out its role for the End of the Ages.
Did you know that Iran was the major reason behind the emergence and creation of the terrorist group the Islamic State?  According to FrontPageMAg, "Iran’s military, financial, intelligence, advisory, and security support of the Assad government in Syria contributed to the instability of the country.  Both Syria and Iran used the excuse that they were putting down civil uprisings to legitimize their brutal force, which both radicalized and militarized Al-Qaeda affiliates and groups such as ISIS, initiating their development, organization, and recruitment of more members."
But here is where the plot becomes more diabolical.  The rise of such groups as ISIS was a distinct advantage to both Iran and the Assad regime.  FrontPageMag reports, "The Islamic Republic [of Iran] and Syria were strategically successful at sending the West, and particularly the United States, a robust message that there is no alternative to Assad, and any military or foreign intervention would exacerbate the conflict."  That explains why we kept a "hands off" policy for so long.  But the spiritual component of this situation is that in the background, Satan is gaining more ground towards his ultimate goal of conflagration against Israel.
Because look at how smart Iran is playing this game!  ISIS had time to grow its numbers, and has managed to panic the world with its successive beheadings and mass executions across Iraq and Syria.  Now with ISIS's bold pronouncements against the West, Iran is presenting itself as a willing ally in their defeat.  In reality, by offering their assistance in defeating ISIS (and our acceptance of their help), Iran no longer has to hide its involvement in Syrian and Iraqi affairs (or its part in the emergence of ISIS), as it continues to grow its power in those regions (when our military forces pulled out of Iraq, we left the door wide open for Iran).  The mullahs and the Iranian regime will cast themselves in this Devil's play as essential to victory, and as the major power in the Middle East; demanding concessions for their assistance, of course.  The price?  Look the other way as they continue their development of nuclear weapons. 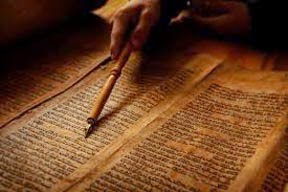 Is there much more to this whole scenario as seen from a worldly viewpoint?  Absolutely!  The machinations of world leaders will continue to influence what we see on the nightly news, and we will be told what they want us to hear.  But we're a little smarter, more aware, and not as naive as we were when we went to war in Iraq 11 years ago.  And God's people are awake, too.  Our Biblical viewpoint allows us to see the Bible's prophecies coming to fulfillment.  We know that no matter what the "king's of this world" may decide, it is YHVH who is ultimately in control and the battle will play out as He has planned it.
So, like I said, I am no foreign policy expert, nor prophecy scholar; and I definitely see "in a mirror, darkly,"  But my spirit is telling me that there is more to this story than any official White House bulletin or United Nations speech might convey.  While all eyes are fixed on ISIS, Iran is flexing its muscle, and Turkey is waiting in the wings to make its presence known.  But we must keep our eyes on the Holy City of Jerusalem.  That is where the final war of this Age will occur, and no one can doubt that we are certainly moving in that direction.  "Pray for the peace of Jerusalem: May those who love you be secure." (Psalm 122:6)

Psalm 83:1-5     "O God, do not keep silence; do not hold your peace or be still, O God! For behold, your enemies make an uproar; those who hate you have raised their heads. They lay crafty plans against your people; they consult together against your treasured ones. They say, “Come, let us wipe them out as a nation; let the name of Israel be remembered no more!” For they conspire with one accord; against you they make a covenant—"
Posted by Pam Kohler at 7:00 AM