What Is Our Christian Duty To Illegal Children?

The State of Virginia's Department of Education (VDOE) has issued a memo to all 132 of its public school divisions, reminding them of the updated guidance from the federal government regarding the enrollment of illegal immigrant children in their school systems.  Breitbart.com has reported that over 2,850 unaccompanied illegal immigrant minors have been placed with sponsors in Virginia.
And now both the State of Virginia and the Federal Government have declared that these children can now be considered "homeless", because according to Virginia law, they meet one of the definitions of a homeless child, namely ‘unaccompanied youths who are not in the physical custody of their parents, who... are sharing the housing of other persons due to loss of housing, economic hardship, or other causes.' 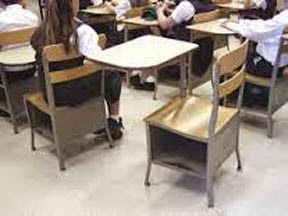 What's more, they could be eligible for benefits under the McKinney-Vento Homeless Assistance Act.  Under this federal law, school districts must appoint a local liaison to ensure, among other things, that (1) children and youth eligible under McKinney Vento are identified; (2) that they immediately enroll in, and have a full and equal opportunity to succeed in, the schools of the district; and (3) they receive educational services for which they are eligible, and referrals to health care services, dental services, mental health services, and other appropriate services.
As if this isn't incredible enough, the VDOE memo reiterated the requirement that school divisions “must immediately enroll homeless students” and must do so regardless of whether or not they are able “to produce the records required for enrollment" .... which includes records of vaccinations!  In fact, the VDOE memo stresses that even if the children cannot provide the required health and immunization records, the schools “must immediately enroll" them.
To begin with, I am shocked that American taxpayers are expected to provide health and dental care; and presumably, the cost of school books, etc.  But to subject our schoolchildren to the possibilities of disease and infections from unvaccinated children is not only unreasonable, it is dangerous -- especially since an American child is not allowed to register for school without the required vaccinations!
OK, that's how my human, practical side looks at it... this is unsustainable, costly, and presents viable health risks.  Then, as a Christian, I ask myself, "But how many times does the Bible talk about taking care of the widows and the orphans?"  I checked and found no less than 25 references to "orphans" or the "fatherless".  I read Scripture and know that we are to provide and take care of the needs of those children who have no one to take care of them.  But how are we to regard an overwhelming and manufactured crisis of over 63,000 orphans imposed on unsuspecting communities?  As Dr. James R. Edwards, Jr., expresses in his excellent article "A Biblical Perspective On Immigration Policy", I must now come to a conclusion on how my faith will influence my political opinion on immigration, just as it has on the issues of freedom of religious expression in public life, abortion, and same-sex marriage.
As Dr. Edwards points out, when a modern Christian goes to Scripture to determine his beliefs on a public policy issue in present-day America, he might find it difficult to reconcile his beliefs with the societal rules of Old Testament Israel.  Ultimately, it is a question of the biblical role of civil government, as well as the Biblical principles of justice and mercy.
We are all familiar with the Romans 13 admonition to obey secular authorities, as they have been placed in their roles by God, Himself.  This argument is often used by both Christians and non-Christians to say that we are to obey all laws and ruling authorities --- "whether the individuals in charge are personally characterized by godliness or not." 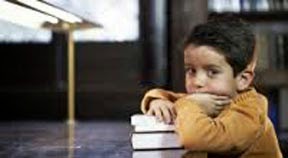 I believe Dr. Edwards is correct when he says, "The authority God delegates to civil government focuses on justice, not mercy", (with mercy usually coming from individuals).  But within the concept of justice, is the accompanying element of punishment; "or else justice is not just."  He further elaborates by saying, "Earthly rulers are to guard their own citizens against evil in the world and in the hearts of men. And God holds rulers accountable for their official conduct."  As citizens, we understand that this authority given to our rulers is a protection against those individuals or forces that would do our nation harm.
Therefore, it makes sense that we would expect that the first priority of our immigration policies would be to benefit us, the citizens of this nation.  Secondly, we would expect that those foreigners who disobey our laws would be subject to punishment or expulsion; that there would be strict rules for their admission into our sovereign nation.
In Old Testament Israel, "sojourner" or "alien" signified "a temporary stay".  Whether aliens chose to reside temporarily or own property without becoming legal citizens, they were afforded equal standing under the law; i.e., they enjoyed the benefits of the rule of law.  But there was the rule of law they had to obey!  In fact, Old Testament passages makes clear that foreign residents were to comply with Israelite laws, such as Sabbath observance.
As a Christian, it goes without saying, that I feel compelled to help these children who have been manipulated and used to force an immigration policy down the throats of all Americans.  They deserve our compassion and our help, as we can provide it.  If they need clothes and food, we need to provide it.  If they need comforting and encouragement, we should supply it.  Their immediate physical needs should certainly be met.  But when policy steps outside our rule of law, as established by those rulers God has placed over us, then we must step back and assess how it affects our nation.
There is something else that Dr. Edwards points out, and I find Scripturally true.  God regards borders as meaningful and important.  We see that in His detailed description of the borders of the Promised Land, and the borders established for each tribe of Israel.  Because boundaries are important to God, we see examples of the "invasion" of aliens across Israel's borders as a judgment or curse against them for rebellion.  (We certainly can't deny that we deserve the same!)
Another of Dr. Edwards' points is well-made:  "In short, the Old Testament teaches fair treatment of resident foreigners, with certain requirements of the aliens related to religious and civil legal standards. It also instructs that aliens were to assimilate to the Hebrew culture."  That has long been a problem with those crossing our southern border.
I think part of our problem in this battle to determine an appropriate immigration policy [that satisfies both the secular populace as well as Christian believers], is that those who have been given legitimate civil authority to command justice, are now attempting to legislate mercy.  Nowhere, in the Bible can I find where mercy is exhorted from society; only from the individual.  I do not see where Jesus advocated a public policy of "spreading the wealth" or forcing a society, as a whole, to give to the poor, the widow, or the orphan.  It is always to be done on the part of the individual, not the government.
I urge you to read Dr. Edwards's thesis in its entirety; he covers the topics of Migration in the Bible, including Humanitarian Migration; as well as The Immigrant's Responsibility.  I believe, along with him, that it is imprudent to strictly base this country's complicated immigration policy on a handful of Scriptures that differ wildly with our present circumstances.  Yet, there are definitely applicable Biblical principles that should be observed.  It is up to wise men and women to establish our laws, applying both justice and mercy where each is best fulfilled.
We are to all corporately obey our civil laws, and individually extend mercy to our fellow man.  It is when the civil government oversteps its jurisdiction and tries to enact laws forcing mercy, that the balance prescribed in the Bible begins to collapse.  It's simple:  More harm is done than good, and nobody prospers.  We must find a way to solve this difficult situation; by both obeying the law of the land and showing compassion and mercy to our fellow man.  God help us!

Psalm 146:9    "The Lord watches over the sojourners; he upholds the widow and the fatherless, but the way of the wicked he brings to ruin."