During the Fall of 2013, the Federal Reserve conducted a survey of 4100 households to gauge their economic and financial well-being.  Newsmax is reporting the statistics, and they are not very encouraging: 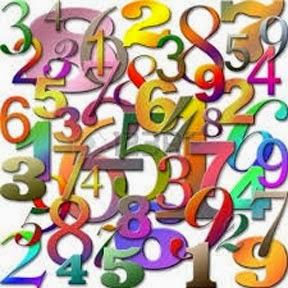 •  13% said they were struggling to get by
•  34% reported they were "somewhat worse off" or "much worse off" than before the Great Recession hit in 2008.
•  33% of those who had applied for credit in the previous 12 months said they were turned down or given less than they requested.
•  24% had some type of education debt.
•  31% of people who aren't retired said they had no retirement savings or pension, including 19% of those aged 55 to 64.
•  Almost 50% of adults weren't actively thinking about financial planning for retirement, with 25% saying they had done no planning at all.
•  26% of homeowners said they expected prices in their neighborhood to increase by as much as 5% in the 12 months following the survey period.
It's not hard to see why there is so much pessimism among American households.  The job market is still lagging far behind the needs of American workers; many are having to settle for part-time jobs when full-time employment is needed and wanted.  Manufacturing is stagnant; and credit card debt is almost a necessity in today's household.
My family and I recently discussed the sad state of the country's economy and how it is affecting the generations.  If they had worked hard and diligently, the older generations used to look forward to leaving a comfortable inheritance to their children.  But today, with the uncertainty of government programs like Medicare and Social Security, they are not sure if they are going to have to use up their legacy.  Rising property taxes are a real threat for the elderly and retired; they fear losing the one asset that could benefit their children upon their death.  Leaving any kind of financial benefit is no longer taken for granted.
Then I worry about the younger generation.  New college graduates and the young marrieds just starting their families do not see our future clearly.  They don't have enough experience to see that their economic future will not mimic that of their parents and grandparents.  Everything is going to cost more, and their salaries (if they are lucky enough to gain employment and keep a job) will not meet the demands of rising food costs, insurance, and mortgages.  They will not have the luxury of "security" that we have known in the past.  Everything is changing ... they just don't see it yet.
Our Education standards are falling; our quality of healthcare is going to take a drastic nosedive; our privacy is disappearing; and our society and culture are in moral decline; and "believing in God" can even be widely divergent in its definition.
If the signs of a dying culture are the lack of faith, a lack of a moral foundation (relative moralism doesn't count), the breakdown of the family unit, and a general lack of caring for other people --- then I guess we fit the bill.  The end of this republic may ultimately come at the hand of an external enemy, but the genesis of our demise will have been internal.  We simply did not guard what we were given by man or God.  And now we're paying the price; a just penalty, I might add.
While the numbers don't lie, and I think we are reaping what we have sown, I can't help but believe that victory can still be ours.  I sense an awakening in the souls and minds of people who are forced to take a good, hard look at what's going on outside their personal domains.  How can they not?  The world is going to effect us all.  Whether it is a worldwide pandemic; a terrorist attack; communities overwhelmed with illegal immigrants; water shortages; or a natural disaster; we are all going to eventually have a crisis of faith.
So it is my prayer each night that this nation will awaken to its need for God; to face our mistakes, our selfishness, and our transgressions, and seek His face as have we done throughout our past.  It is never too late to ask for forgiveness, and He is never too slow to respond when we are sincere in our repentance.  Is it too late?  I don't think so.  Nightly, I remind God that He has a faithful remnant in this country, and I ask for just a little more time to reach one more person for His kingdom.  He knows the exact number of the fullness of His kingdom on earth, and I hope there is still time to reach one or two more.  Lord, help me to add to Your number!

Revelation 7:9     "After these things I looked, and behold, a great multitude which no one could number, of all nations, tribes, peoples, and tongues, standing before the throne and before the Lamb,"