Is It All Smoke and Mirrors?

There are so many things going on in this world that are all striving for our attention ... massive earthquakes; the ongoing war between Hamas and Israel; the uncertainty of an ebola outbreak; the illegal immigration debacle at our southern border; civil unrest in our heartland; and the growing persecution of Christians and the rise of IS (Islamic State) --- just to name the top contenders!
I had determined that today I would write about the beheading of journalist James Foley and what this means for all Americans.  I bolstered my courage to watch the video; not really wanting to allow that image of evil to enter my mind, but feeling that, somehow, I owed it to this fellow American.  Perhaps I thought that by watching his death, it honored his life.  Plus, how could I possibly ignore this horrendous event, or take no notice of it, as if it never happened?  It is time we Americans face the fact that Evil is coming ever closer to our comfortable, secure lives.
I said a silent prayer, asking God for some small semblance of courage as I witnessed Mr. Foley's extraordinary courage.  I braced myself and clicked on the button to start the video.  As the cowardly jihadist grabbed the back of Foley's head and placed his knife at the victim's throat, I braced myself.  And I was soon asking myself, what did I just see?  Certainly not the complete act of a head being cut off; yet at the end of the video, I'm pretty sure it is Foley's severed head lying on the back of a supposedly lifeless body.
Before I go any further, let me say that I am not aligning myself with the myriad of conspiracy theorists or false flag proponents.  I am simply saying that yes, I believe James Foley was killed and most likely beheaded, but I do not believe that video is an accurate portrayal of this evil act.  So where does that lead me?  To be honest, I'm not really sure... anymore than I am sure of anything that I am being shown in this world. 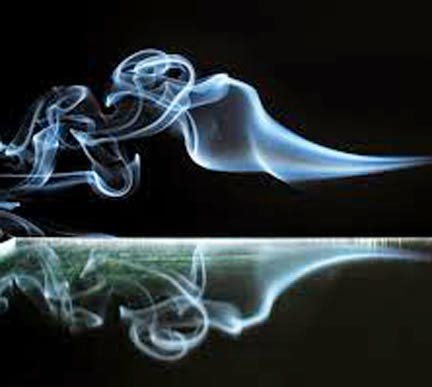 More and more, I am becoming convinced that what is presented to us as facts may be a complex web of deception; designed to push us toward a preset and calculated response.  Can we believe anything based on outward appearances, or is it just a pretense; the invention of an imaginary situation to yield a desired result?  We all know that technology is so advanced that videotape of a purported event can be forged, doctored, or manipulated to look like anything the imagination can create.
By now, you might be thinking I am a really skeptical and suspicious person; that I am seeing the bogeyman behind every incident or event.  It's not the bogeyman, my friends, for he is an imaginary evil spirit used to frighten children.  No, I'm beginning to think that the real deal, the Devil, is working his deception in, and around, and upon the earthly realm and its leaders, in efforts to instigate undesirable and violent actions that will move his agenda forward.
I am not denying that actual warfare is going on in Gaza; or that the ebola virus is present and killing people; or that a young black male's death in Ferguson, Missouri has resulted in rioting and violent protests; or even that Christians (and journalists) are being beheaded.  I believe all this chaos is happening.  I'm just not sure that we are being told the truth about the origin, the cause, or the motive behind the event.
Yes, I know that all evil doings come from Satan.  And I know that he schemes to keep us from a personal relationship with the God of the Universe.  But I also believe to the depths of my soul that he can manipulate the message we receive from these chaotic and lawless events by using men to control our perception and our response.
I find myself no longer able to believe everything I see at face value.  I sense the Enemy's presence in every narrative and every image that is presented to us.  The more shocked and unsettled we become, the more receptive we are to his lying whispers.  His strategy is really very simple ... keep us from the peace that comes from trusting the Lord, and we take our eyes off our refuge in the coming storm.  Bombard our minds with visions of grisly death and social pandemonium, and we begin doubting God's ability to protect us.  And ultimately, if he can crack open the door of fear, he is home free and we will accept any counterfeit solution to guarantee our safety.
In the final analysis, our focus should not be on whether these recent events are 100% bona fide or not.  The real take-away we should perceive are the attempts to achieve the pre-determined consequences planned by the Devil and those whom he influences.  In reality, we need to make absolutely sure that we know and discern the real Truth ... God's Truth.  When we resolve to dwell in the secret place of the Most High and under His sheltering shadow, we will not be moved by the turmoil or the lawlessness.
Remember:  We are not designed for destruction nor deception.  Let the evil ones demonstrate their scheming tricks and strategies to those who would be fooled.  Let us keep our eyes, our minds, and our hearts on the One who is faithful to keep His promises... smoke and mirrors are not necessary to convince me of His Truth.