It was nice to see that the Congress, in its entirety, could agree on something.  Early in June, the Senate unanimously passed a bill called The WWII Memorial Prayer Act (S1044).  Just a few days ago, the House of Representatives passed it by a bipartisan majority.  The essence of this Bill is its' commemoration of the prayer that President Franklin D. Roosevelt spoke on the morning that troops were landing on the beaches of Normandy.  The purpose of this legislation is that this Landing Day prayer will be added -- at no cost to the American taxpayer -- to the WWII Memorial in Washington, D.C. 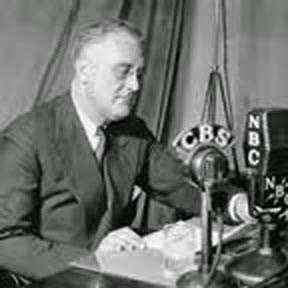 The history behind this worthy legislation is that seventy years ago, on the morning of June 6, 1944, as Allied forces were landing on the beaches in Normandy, President Roosevelt went to the airwaves and prayed with the nation for God's blessing and protection upon our brave fighting men. He prayed, "Almighty God: Our sons, pride of our nation, this day have set upon a mighty endeavor, a struggle to preserve our Republic, our religion, and our civilization, and to set free a suffering humanity… With Thy blessing, we shall prevail over the unholy forces of our enemy. Help us to conquer the apostles of greed and racial arrogances. Lead us to the saving of our country, and with our sister nations into a world unity that will spell a sure peace -- a peace invulnerable to the schemings of unworthy men. And a peace that will let all of men live in freedom, reaping the just rewards of their honest toil.  Thy will be done, Almighty God. Amen."  (For a full rendition of FDR's prayer, click here.)
Senator Rob Portman, a sponsor of the bill, said, "Every day, countless Americans volunteer to serve our country. Many more before them have made the greatest sacrifice of all, giving their lives to defend our freedoms. On D-Day, our nation mourned our men overseas who fell while combating tyranny. President Roosevelt asked us to come together to pray for these courageous heroes, and his words provided strength and comfort to a grieving nation.  At no cost to the taxpayer, my bill will immortalize this extraordinary prayer on the World War II Memorial so it becomes a permanent reminder of the sacrifice of not just those who fought in World War II, but also of the men and women who fight for us today and all those who lay down their lives for the cause of liberty."
It should come as no surprise that the ACLU has filed a letter of opposition, in which they state, "Religious freedom is a fundamental and defining feature of our national character. Given our robust, longstanding commitment to the freedom of religion and belief, it is no surprise that the United States is among the most religious, and religiously diverse, nations in the world. Our religious diversity is one of our nation’s great strengths. 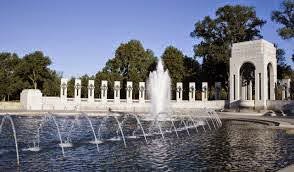 This bill, however, shows a lack of respect for this great diversity. It endorses the false notion that all veterans will be honored by a war memorial that includes a prayer [which] proponents characterize as reflecting our country’s “Judeo-Christian heritage and values.”  In fact, Department of Defense reports show that nearly one-third of all current members of the U.S. Armed Forces identify as non-Christian.  Likewise, many of our veterans and citizens come from a variety of religious backgrounds, or have no religious belief; thus, it is inappropriate to honor the “power of prayer” in a national memorial.
Memorials are designed to bring our country together in a unified reflection of our past. Indeed, the WWII Memorial’s stated purpose is national unity.  Instead of uniting us as we remember the sacrifice of those who served, the inclusion of this prayer on the memorial would be divisive: It would send a strong message to those who do not share the same religious beliefs expressed in this prayer that they are excluded and ‘not full members of the . . . community.’
"Well .... let me just say this:  This is a memorial to WWII veterans and their experience.  It's about them, and for them.  I do not have the precise statistics, but I would venture a guess that a vast majority of those serving in our military THEN, probably checked the box "Christian" on their enlistment papers. So, it's not about the "nearly one-third of all current members of the U.S. Armed Forces", as the ACLU alleges.  And it is not about changing history, as it certainly appears to me is the desired result of this opposition.
For God's sake (literally)!  On June 6, 1944 the President of the United States proclaimed this prayer in our hour of need.  He properly reflected the spiritual nature of our country at that time.  Just because individuals and organizations such as the ACLU want to project "exclusion" and "divisiveness" upon this memorial prayer, doesn't make it so, or take away its historical importance.  I am so tired of these dissenters trying to claim we are not, nor have ever been, a Christian nation.  When you read the entire prayer, it is obvious President Roosevelt was speaking to a nation of people who had faith in the Christian God.  I'm sorry if the ACLU doesn't want to accept that truth.
This bill has now been sent to the President's desk for his signature.  Will he sign it?  As far back as 2011, when this bill was first introduced, the Director of the Bureau of Land Management at the time, Robert Abbey, said any plaque or inscription bearing the prayer would “dilute” the “elegant” memorial’s core message and therefore “should not be altered.”   Nonsense!  I hope that this bill doesn't languish on the President's desk; pushed aside until Congress takes its summer recess, and then to be forgotten upon resumption of official duties.  This prayer, spoken by an American President, is an important part of our national experience, our history, and our spiritual consciousness.  Let it be forever memorialized.