Are You In Your Land of Goshen?

I spent this past weekend at a mind-blowing Prophecy Conference, with enough Scriptural references to keep me busy for a year.  So it is time for me to have another gut-check of my Biblical world view.  PLW and I have stepped out of the Church's system, and it is always refreshing to be among Christians who revere the Bible enough to spend massive amounts of time studying and reflecting upon His Word.  We all believe that through the ancient texts of the Holy Scriptures, God has something to tell us about these times in which we are living.  And we have a hunger to dig deep and to receive personal discernment; we no longer rely on the interpretation of a man, and we reject the Nicolaitan model of unrestrained indulgence and indifference to God's commandments that is such a prevalent message from today's pulpits.

That being said, each of the speakers this weekend cautioned everyone, (as I do) to not believe a word said ... to do our own research.  So the purpose of this post is not to bore you with a theological treatise, but to give you a little kernel of hope in the midst of these disturbing days through a concept that was briefly mentioned during a Q & A session at the end of the conference.
There was a lot of discussion about how God will protect His own during the coming Tribulation.  Even if you believe that the Church will be raptured out of here before the wars, plagues, famines, geological/astronomical calamities, and the Anti-Christ's persecutions ... you should at least entertain the possibility that you will endure some suffering.  Jesus told us we would "suffer for His name's sake".  We can see that happening in Iraq, Sudan, and in the streets of Europe, as Christians and Jews are being oppressed and persecuted.
But one of the conference speakers suggested that, first, God has not given us a spirit of fear; but secondly -- and this is a concept that is a great comfort to me --  "wherever God has placed you in this  time is your Goshen".  That thought intrigued me.  Why hadn't I seen it before?  If you will recall, after Joseph was sold into slavery in Egypt, he eventually rose to become second-in-command, behind the Pharaoh, and was in charge of all Egypt. 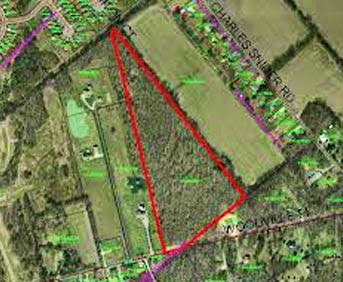 When his brothers and father came to Egypt to escape the famine in Canaan, they discovered that their brother (who was a great example of a Prepper in the Bible) had great power and they feared retribution for their betrayal of him.  But what did Joseph do for them?  He gave them the very best of the land to dwell in; the land of Goshen.  In Hebrew, Goshen means "drawing near".  If you will read Genesis 45:7-11, you will find that God had a plan:  for Joseph to bring his family out of the famine.  We see that Joseph desires to have his family near him; to protect them from the famine that will threaten others; and to provide for their needs.
I am able to perceive that PLW and I are in our own Land of Goshen, and I hope that you can contemplate that for yourselves, too.  I have said this before: that I know without a doubt that God maneuvered us to this exact spot, both physically and spiritually, in 2008.  For the past six years, He has protected us from the deteriorating economy and provided for our needs -- even when everything in this world points to the unlikelihood of our survival.  Just as in the Bible when God sent the ten plagues against Egypt --- they hit every part of the country, but the land of Goshen.
I believe that we have avoided the disastrous consequences of the physical and spiritual poverty of our country because we have drawn more near to God, here in this spot that He placed us, than at any other time in our lives.  When we draw near to Him, He draws nearer to us.  I know in my soul that He is present with us.  And while the threats of Satan in this world -- transhumanism, 21st century plagues, the annihilation of Israel, and the collapse of our own country -- are ever-constant, I have faith that I am in the exact place God wants me to be in order to receive His protection and provision.
If you have not been called to move or change locations, then accept that you are in your personal land of Goshen.  There's no need to flee in fear or doubt.  Stay where you are; knowing that you are firmly rooted in your faith and the knowledge that God is drawing you near.  The storms will rage all around you, but your experiences will be different than the world's.  We are engaged in a spiritual battle, and when the forces of darkness see that you have drawn nearer to God, they will flee for greener pastures.
I believe in the power and authority of our God to proclaim as many Land of Goshens as He desires.  So take a look around ... maybe what you have taken for granted these last few years is really a safe haven from the wiles of the devil.  Say a blessing over your home and your small plot of land.  Dedicate them and your family to drawing nearer to God so that you might escape the devastations coming our way.  Be thankful for your refuge and your shelter, and rest in your Goshen.

Genesis 45:10-11    "You will live in the land of Goshen, and you will be close to me—you and your children and your grandchildren, your flocks, your herds, and all you have.  And there I will sustain and provide for you, so that you and your household and all that are yours may not come to poverty and want..."
Posted by Pam Kohler at 7:00 AM