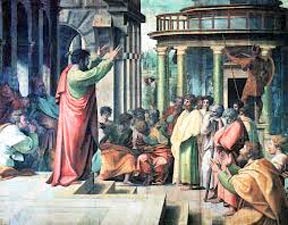 Not many [of you] should become teachers, my brethren, for you know that we [teachers] will be judged by a higher standard and with greater severity [than other people; thus we assume the greater accountability and the more condemnation].

For the time is coming when [people] will not tolerate (endure) sound and wholesome instruction, but, having ears itching [for something pleasing and gratifying], they will gather to themselves one teacher after another to a considerable number, chosen to satisfy their own liking and to foster the errors they hold

These words have such meaning for us in these days.  I have especially experienced the truth of them this week.  I want to make it clear that I do not consider myself worthy of being called a "teacher"; I believe that is reserved for those who have a sanctified calling on their lives to train and instruct and edify.  I merely have a passion for knowing my God and speaking from my heart.  I do not claim that my words are more important than anyone else's.  Every person has the ability to educate themselves in the Holy Word.
That being said, I can say that I know what it feels like to be condemned by those who do not wish to hear what I have to say about my faith; by those who do not revere the Bible, as I do.  It is tiring and upsetting to hear committed Christians accused of "tap-dancing" around our apologetic arguments, or our Holy God referred to as "that crazy Jehovah".
But just as the writers point out, people do not want to consider what the Bible says as truth because it doesn't harmonize with what makes them feel good, or it doesn't agree with the accepted cultural opinion.  And these opinions, by the way, are encouraged by people who have never taken any serious time to study the Word of God.  They don't know the history, let alone what God actually has to say, and why He says it.  They don't have a clue how the Old Testament and the New Testament are actually one covenant between God and those who believe in Him and His Son, Jesus Christ.  They just know that it says what they are doing is wrong.
Rather than exploring why Jehovah might warn against their behavior, and any benefits they might derive from this information, they choose to make themselves and their desires higher than Him.  And they will look for guides, and instructors, and authors, and mentors, and professors, and, yes, even pastors that will support the misguided and grandiose view of their own judgments.
In the end, the more uncomfortable a Biblical view makes them feel, the more they must condemn and ridicule it.  The alternative is to admit there might be some truth in our faith, which would undermine everything they stand for.  So, I can see why Scripture warns us that not too many should put themselves in the position of standing up to the culture.  It's a thankless job and you are sure to be mocked and scorned.  But what greater service can you give to the Lord?  Whatever we have to endure for Him, is nothing compared to what he suffered for us.  It is a privilege to defend my faith in the face of derision and contempt.  And what an honor to promote the Truth to a fallen world.