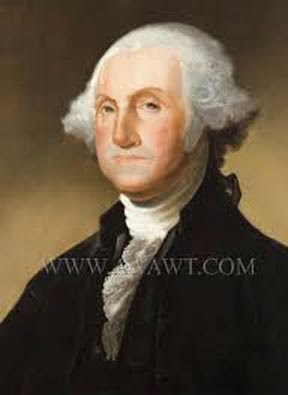 For months now, the monetary gurus across the web have been warning about the state of our economy and the attempts by global leaders to crash the dollar.  If you are halfway paying attention, then you know that the World Bankers pretty much control everything -- and have for a few hundred years.  Take that one step further and you enter "Conspiracy Land" and rumors of an organization called The Illuminati.
Just who are these folks and how are they connected to our Founding Father?  I found one of the more concise explanations of who they are on the website GotQuestions.org.  This is a Christian, Protestant, conservative, evangelical, fundamental, and non-denominational site which attempts to help people find answers to their spiritual questions using the Bible as their source.
I am being upfront about their bias because I think it is important to consider this conspiracy from a Biblical perspective.  According to this site, if you believe the conspiracy about the Illuminati, then you would have to summarize their existence in this way:  The Illuminati began as a secret society under the direction of Jesuit priests. Later, a council of five men, one for each of the points on the pentagram, formed what was called “The Ancient and Illuminated Seers of Bavaria.” They were high order Luciferian Freemasons, thoroughly immersed in mysticism and Eastern mental disciplines, seeking to develop the super powers of the mind.
Their alleged plan and purpose is world domination for their lord (who precisely this lord is varies widely -- but any group that identifies themselves with Lucifer should give us a pretty good idea who they worship).
The Illuminati are alleged to be the primary motivational forces encouraging global governance, a one-world religious ethic, and centralized control of the world’s economic systems.  (See the consistencies with the Book of Revelation?)  Organizations such as the United Nations, the International Monetary Fund, the World Bank, and the International Criminal Court are seen as tentacles of the Illuminati. According to the Illuminati conspiracy, the Illuminati are the driving force behind efforts to brainwash the gullible masses through thought control and manipulation of beliefs, through the press, the educational curriculum, and the political leadership of the nations.
Does the Illuminati conspiracy have any basis from a Christian/biblical perspective? Perhaps. There are many end-times prophecies in the Bible that are interpreted by most to point to an end times one-world government, a one-world monetary system, and a one-world religion. Many Bible prophecy interpreters see this New World Order as being controlled by the Antichrist, the end-times false messiah. If the Illuminati conspiracy and the New World Order has any validity and is indeed occurring, for the Christian, there is one fact that must be remembered: God has sovereignly allowed all these developments, and they are not outside of His overall plan. God is in control, not the Illuminati. No plan or scheme the Illuminati develop could in any way prevent, or even hinder, God's sovereign plan for the world.
There will likely be those who dismiss all this as just another tin foil hat delusion.  But when one considers all the purported Illuminati symbols on our dollar bill, and the warning from our First President, it's not so easy to dismiss this theory as "crazy".  Tune in on Monday, when I will give you more details than you want to know that tie our dollar to this organization, the, ancient pagan world and the occult.
For now, I will leave you with this quote from George Washington.  He made the following statement after receiving from a preacher friend, a book entitled Proofs of a Conspiracy  by John Robison.  President Washington expressed to that preacher that he believed the designs of the Illuminati were infecting our country.  Here are his prophetic words:
“It was not my intention to doubt that, the Doctrines of the Illuminati, and principles of Jacobinism had not spread in the United States. On the contrary, no one is more truly satisfied of this fact than I am. The idea that I meant to convey, was, that I did not believe that the Lodges of Free Masons in this Country had, as Societies, endeavoured to propagate the diabolical tenets of the first, or pernicious principles of the latter (if they are susceptible of separation). That Individuals of them may have done it, or that the founder, or instrument employed to found, the Democratic Societies in the United States, may have had these objects; and actually had a separation of the People from their Government in view, is too evident to be questioned.”
Notice that he is not willing to condemn the Freemasons in America as a whole.  But he seems to admit the possibility that individuals within this secret society might be influenced.  Nevertheless, he is adamant that the goal is to "separate the People from their Government", and it "is too evident to be questioned."
I am not writing this post in an effort to convince anyone.  I simply find it intriguing that this conspiracy has lasted for centuries and generations, and seems to be stronger than ever.  As a Christian, it certainly compares to Biblical prophecy, and recent world events seem to give it some validity.   The way things are going, I don't think it will be long before we see the culmination of "the conspiracy".  And I have news for the cabal ... they lose!

1 John 4:4    "Little children, you are from God and have overcome them, for He who is in you is greater than he who is in the world."