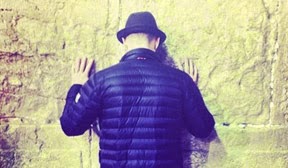 It is often hard to find news that lifts your spirits and gives you a glimpse of hope. But there were a couple of stories and images that did just that this week.  First up, is the photo of pop star Justin Timberlake praying at the Western Wall in Jerusalem. Was it a publicity stunt?  That's a possibility.  But  if it was a promotional stunt, Mr. Timberlake failed to endear himself to those who choose to hate.
When he posted the photo on his Twitter account, he captioned it:  "The Holy Land… What an experience. I will never forget this day. #Israel."  It should come as no surprise that there were those who didn't approve of his acknowledgment of Israel.  He was chastised for not referring to the land as Palestine.  But for those of us who recognize God's Promised Land and celebrate its re-emergence, the photo of Timberlake at the last remaining wall of the Second Temple was a welcome relief from the usual celebrity photo ops. 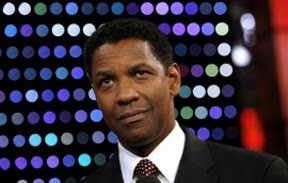 And perhaps less obvious, but still encouraging, was the story about one of my favorite actors, Denzel Washington.  Speaking to a group of young aspiring actors about their dreams and goals, Washington gave this unprecedented advice:  "“I pray that you all put your shoes way under the bed at night so that you gotta get on your knees in the morning to find them,” he said. “And while you’re down there thank God for grace and mercy and understanding. We all fall short of the glory, we all got plenty.”  During his brief speech, he outlined his recipe for success:  desire, discipline, consistency and remembering to be thankful.  “I’ve been blessed to make hundreds of millions of dollars in my life,” Washington said. “I can’t take it with me and neither can you. So it’s not how much you have, it’s what you do with what you have.”
In this generation where Katy Perry, Lady Gaga, and Nicki Minaj promote worship of greed, fame, possessions and selfish desire, the actor's words of wisdom speak volumes of his faith and character.  Let's hope that the young people who surrounded him and witnessed his testimony will take his words to heart. 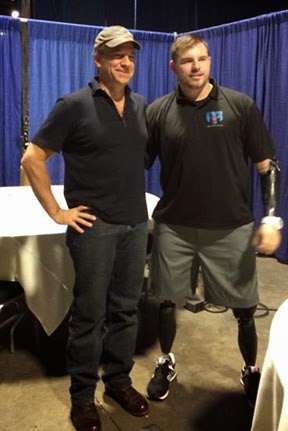 Then there was the powerful Memorial Day Facebook post by TV personality Mike Rowe.  Best known for his cancelled show, Dirty Jobs, Mike was caught off guard in the midst of a harried schedule of public appearances.  Reluctantly, he allowed himself to be ushered backstage to meet a fan.  What he found was a hero; retired Staff Sargent Travis Mills, formerly of the 82nd Airborne, US Army, to be exact.
Here is Rowe's Facebook post, in part:  "Travis is one of only five quadruple amputees to survive that level of injury in the recent wars. He has a motto: Never Give Up - Never Quit. He has a Foundation. He’s featured in a new documentary. He also has a wife and a kid, and a deeply personal commitment to help other wounded Vets cope with their injuries. But when I asked why I hadn’t seen him in any of the typical commercials and PSA’s for wounded veterans, his answer was stunning. He said he didn’t consider himself to be wounded.  “I’m not a victim, Mike. And I refuse to be portrayed that way. Case closed.”

Rowe continues, "Fact is, Travis is missing more than a few original parts; he’s missing all traces of self-pity. And that presents a challenge for mortals like me. Because it’s a hell of a thing to feel put out because a crowd of fans are making me late for an important meeting, and then listen to a guy with no arms or legs tell me how lucky he is, and how much he appreciates all my hard work.  That’s called a gut-check, and I could use one from time to time. Especially on Memorial Day, when the biggest decisions I face are what to grill and which type of frosty beverage to enjoy. This year, as I resolve these and other important issues, I’ll think of Travis Mills. A guy who went out on a limb for me, in every way possible."
Thanks, Mike, for expressing the honor and respect that Travis Mills and all who serve us deserve.  And to Staff Sargent Mills, you are an example of courage and dignity, sir.  And you nobly illustrate Denzel Washington's motto … it's not how much you have, it's what you do with what you have. 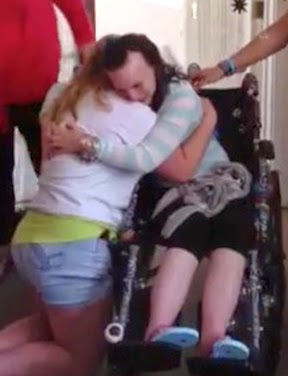 The last image I want to leave you with is one of sheer joy as Justina Pelletier celebrates her 16th birthday with a surprise visit from her friends … friends that she has not seen in over a year.  It is a testament to the need we have for each other; for simple human contact with others who care about us.
The Reverend Patrick Mahoney, a spokesman for the family, said, "Remember, it was a very wonderful and moving day, but it was a bittersweet day, full of emotional highs and lows. Then, you could see at the end of the day when Justina had to leave … she was crying. It reinforced the fact of how wonderful it was for Justina to see her friends after 15 months, but then the notion that 15 months of her life has been taken from her.”
Her case is far from resolved.  Court dates loom in the future; dates in which the family hopes to receive a reunification plan.  For now, there is solace in the few brief moments of normalcy that this birthday party represented for Justina, and the image of what loving another looks like.
I admit that I cling to these images of hope and encouragement.  It doesn't matter where they come from … the world of celebrities or the not-so-famous.  There are far too many depictions of darkness and despair in our world, and I am grateful for these few shining moments of God's glory in His human creations.  It reminds me that no matter how dense and overwhelming the darkness becomes, it cannot overcome His Light in the world.

Ephesians 5:8    "For at one time you were darkness, but now you are light in the Lord. Walk as children of light."