Beware of Discrimination Against Homeschoolers

World Net Daily has reported a disturbing story of one Indiana-based company who withdrew a job offer to a candidate, once it was discovered that the applicant had been home-schooled.  NiSource, an Indiana-based energy distribution group with operations in Ohio, cited the legal requirements regarding a diploma, as set forth in Chapter 3313 of the Ohio Revised Code, as their reason for rescinding their job offer.
But legal counsel from the Home School Legal Defense Association, which is representing the homeschool graduate, says there is more to this discriminatory decision than meets the eye.  It all comes back to the system that I have been warning you about since I began this blog .... Common Core.
By now, you should be well aware of Common Core.  It is a nationalized education system that includes national standards, associated nationalized assessments, and a national student data collection scheme.  Advocates of this State-controlled education policy like to tout its “college- and career-ready” standards—standards they say don't apply to qualified homeschool graduates who don’t have a state-issued and recognized credential.   Obviously, this leads to discrimination against home-schoolers in employment decisions. 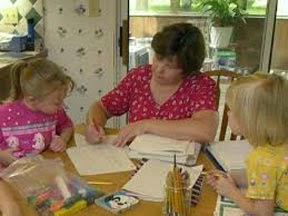 To this argument, the HSLDA opposes Common Core's policy that discriminates against an entire class of people based on how they were educated.  Besides that,  research shows that home-schooled students are well prepared academically and socially for careers and college.  Just because they are educated in a different format doesn't mean they are not qualified for jobs.  When it comes right down to it, it is a person's dedication to learning, and the application of his educational tools, that makes a good job applicant.
But if it is statistics you want, I've got 'em.  Home-school.com notes that in public schools, the average scores for reading, language and math is at 50 percent.  But homeschoolers score in the 89 percentile in reading, 84th in language, 84th in math and 86th in science.  As college freshman, they carry a grade point average of 3.41, compared to the 3.12 for other students. As seniors, they outscore others 3.46 to 3.16.
Furthermore, the National Home Education Research Institute characterizes home-schoolers as "participating in local community service more frequently than the general population; they vote and attend public meetings more frequently than the general population; and they go to and succeed at college at an equal or higher rate than the general population."
Does a home-school education guarantee success in the marketplace or life, for that matter?  No.  Like I said, success is up to the individual.  But, from what I've seen of the home-schooling curriculum and system, what it does do is this:  allows more parental involvement in the education of children; fosters personal responsibility and accountability in completing school assignments;  includes faith-based curriculum as a foundation to learning; and provides a parentally-approved social environment in which students can interact in a safe and healthy manner.  I do not believe that any of these elements can be attributed to the public school system.
Will the growing data on home-schoolers prove that they make better citizens, employees, and role models?  That remains to be seen.  There will always be students, no matter whether privately, publicly, or homeschool educated, that do just enough "to get by".  Their college grades, employment history and personal accomplishments will likely be more a reflection of their character, drive and ambition as it will be their method of education.  But might we argue that homeschooling helps them develop those attributes better than public education?  It will be interesting to see what the data proves in the coming generations.
But this much can be said.  The diploma that home-schoolers achieve is just as valid as any document handed out by any State Board of Education... especially if it is according to Common Core Standards.  And employers would be wise to compare the aptitudes and capabilities of potential hires; do you want an employee that has been "dumbed down" to an acceptable standard that assures "equal" results for all educated students?  Or do you want to consider hiring an applicant that has been motivated to study on his own, and knows his strengths and potential?  Let's hope the HSLDA can stop this discrimination in its tracks.