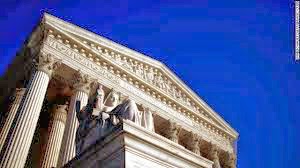 Revelation 14:12     "Here is a call for the endurance of the saints, those who keep the commandments of God and their faith in Jesus."