Has This Nation Lost Its Virtue?

VIRTUE .... such an old-fashioned word.  My online dictionary defines it as: a quality considered morally good or desirable in a person.  I think we can all accept that a "virtuous" person is one who has the power and ability to be a morally upright human being; one who seeks to do the right thing in conformity to a standard.  But the real question is, do we still desire this human characteristic in our country?  And why might it be important to a nation?
Well, I can tell you that nearly a quarter of a century ago, Virtue was deemed the very foundation of our country.  Read what our Founding Fathers had to say about it:
• George Washington:  "Human rights can only be assured among a virtuous people.  The general government... can never be in danger of degenerating into a monarchy, an oligarch, an aristocracy, or any despotic or oppressive form [of government] as long as there is any virtue in the body of the people."
• Ben Franklin:  "Only a virtuous people are capable of freedom.  As nations become more corrupt and vicious, they have more need of masters."
• John Adams:  "The only foundation of a free Constitution is pure virtue, and if this cannot be inspired into our people in a greater measure than they have it now, they may change their rulers and the forms of government, but they will not obtain a lasting liberty.  They will only exchange tyrants and tyrannies." 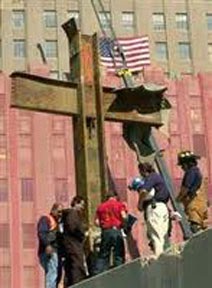 So by these standards, what do you think?  Do we show evidence of being "a virtuous people"?  Do our schools speak of Virtue in the classroom, and do our Churches praise it from the pulpit?  Sadly, I believe that this word has nearly vanished from our national lexicon.  And if we no longer speak of Virtue, then it's pretty safe to assume that it is on the wane in our culture.  To that point, is there a knowledge today of the distinct difference between right and wrong ... or is it all relative?  And by whose standards do we judge something virtuous, or right?
Because I can tell you, if your standard is God's, there is no question if something falls outside the bounds of "rightness"; His standard has been the same since the beginning of time.  But if you are judging according to man's standards in today's world, then what is "right" depends on who is making the most noise; who can play "the victim"; who is in power; who can control the media; or any other number of manipulative strategies.  Without agreement on what Virtue is, then the definition is subject to great distortion.
When a nation cannot agree on moral absolutes, then it will suffer the turmoil and upheaval that our Founding Fathers predicted ... loss of human and individual rights; a loss of freedoms and true liberty.  Without a virtuous people, they forecast an oppressive form of government; a desire for a welfare state; and tyrants instead of champions of the people.
John Adams said we need to inspire "into" our nation's people, the love of Virtue.  We should be clamoring for it; indeed, demanding it!  I, for one, am tired of the viciousness of our leaders -- towards each other and this nation's citizens.  I am sick of the corruption -- and the excuses for its existence.  I am angry at seeing the commandments of my God attacked and reviled -- and the lovers of evil ways defended.  I know in my heart, that Washington, Franklin and Adams were correct in anticipating our demise if we don't return to our Judeo-Christian roots!
It's not that I'm advocating the exclusion of other faiths that promote the active pursuit of moral and spiritual goodness -- you can't have too much true spiritual Virtue!  I'm just saying that there is a direct correlation between the purposeful elimination of the influence of the God of the Bible's standards and our national decline.  We could stand a little old-fashioned Virtue, wouldn't you say?

My thanks to Marvin J.Rosenthal, Executive Director of Zion's Hope, for the inspiration for this post.

Proverbs 14:34     "Righteousness exalteth a nation; but sin is a reproach to any people."

Email ThisBlogThis!Share to TwitterShare to FacebookShare to Pinterest
Labels: Faith, Our Culture., Values