Oh, what a tangled web we weave
When first we practice to deceive!

This prose from Sir Walter Scott instantly came to mind when I came across a most interesting connect-the-dot analysis.  While scouring some of the more "fringe" websites for information that would benefit my readers, I found Michael Kaplan, of Forward Observer Magazine, who wrote that sometimes "the most ominous secrets are those hidden in “plain view”."
Remember when I told you last month about The Grid Attack You Never Knew Happened?  If you will remember, my post pointed out that there was an attack carried out by a group of people on a power station in California last spring, yet we heard practically nothing about it at the time.  In fact, officials at Pacific Gas & Electric Company tried to write it off as "vandalism".
But Jon Wellinghoff, who was chairman of the Federal Energy Regulatory Commission at the time of the attack, was not satisfied.  He resigned his post and undertook his own investigation.  Shortly thereafter he disclosed to the Wall Street Journal that it was a well-coordinated attack by unknown enemies of the United States.  (Read that post to see why he thinks so.) This has caused great concern among those who fear our grid system is extremely vulnerable.
But now, thanks to the gutsy report by Michael Kaplan, I can reveal that this stealthy event has even more ramifications.  Are you aware that the attack on that power station in California happened only one day after the Boston Marathon Bombing?  That's right!  The bombing in Boston occurred on April 15, 2013, and the power grid attack slipped in under the radar just one day later.  So, what do you think?  Is it conspiracy --- or coincidence? 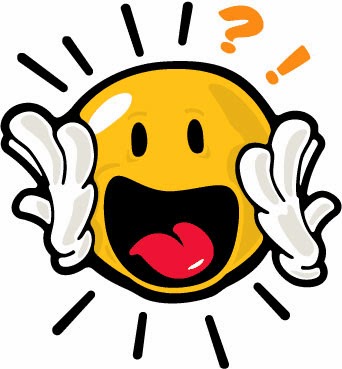 What are the chances that it is coincidence when, as Mr. Kaplan points out: "While 9,000 law enforcement officers swarmed the city of Boston looking for two Russians from Dagestan, a commando team of terrorist snipers were attacking the US Power Grid in California. "  Do you think they just simultaneously occurred with no discernible connection?  Or are the puppet-masters keeping us focused on their right hand, while the left is maneuvering into position for a sneak attack?  And if they are connected, then can we believe anything we've been told (which is minimal) about the reasons behind the Boston Bombing?
I have to take seriously the remarks by Jon Wellinghoff, when he told the Wall Street Journal, that the attack on the power grid in California was “the most significant incident of domestic terrorism involving the grid that has ever occurred.”   That statement would explain the under-reporting by the Media of the execution of Grid-Ex II.  What is that, you ask?
As Kaplan points out, Government and utility industry officials are so concerned about a potential attack on our grid system that they staged a massive emergency drill mid-November 2013 (Grid-Ex II), in which they practiced responding to a simulated failure of large parts of the electrical system across North America.  It seems they can at least conceive of a nightmare scenario in which terrorists or an enemy country stages a combination of cyber-attacks and physical attacks that destroy, or render inoperable, crucial power facilities and take down large sections of the grid.  One has to wonder if this drill would have materialized had Wellinghoff not "gone off the reservation" with his own investigation and then took his story to the WSJ.  Would Government and Utility officials have continued to be complacent and accepting of the "vandalism" excuse?
We hear an awful lot about "cyber-attacks against our infrastructure."  But as Mr. Wellinghoff points out, it takes a lot of sophistication to shut down an entire grid while sitting at your laptop in some Eastern bloc country.  But the incident in California proved that a handful of individuals with AK-47s were able to strike quickly and effectively to shut down power.  If they were able to take down multiple transformers across different grids, we would easily be without power for six months or more.  Just think what that would do to hospitals, emergency units and law enforcement!
So that brings me back to my initial hypothesis ... was the Boston Bombing intended to be a smokescreen to cover the actions in California?  Was it just random luck that Wellinghoff wasn't willing to accept the softball "vandalism" pretense?  Would we have even known of this test run against our grid if he hadn't persisted in his investigation?  And if the two events are connected --- who is running the show?
I think that is what scares me the most.  Because if they are connected, then we are dealing with a highly secret and sinister force that is willing to sacrifice the lives of innocent victims and force a false scenario upon an exploitable public.  And as the Apostle Paul warned us, we are not fighting against flesh-and-blood enemies per se, but individuals who have been compromised by the mighty, dark powers of this world.
We would do well to acknowledge this warning.  Throughout the Bible, the prophets of old were shown that these powers existed.  Why would we think that don't exist today?  In fact, Isaiah points out in Chapter 24, verse 15:  Ah, you who hide deep from the Lord your counsel, whose deeds are in the dark and who says, "Who sees us?  Who knows us?"  You turn things upside down.
If things aren't upside down now, I don't know what is!  I just want you to keep your eyes and ears open; question everything!  Accept these tidbits of clues we are given as reasons to better prepare yourself physically and spiritually.  Discern for yourselves the significance of an event, or events.  If something doesn't meet the smell test, then in all likelihood, it's not the truth.
But you can know this for a fact:  while forces may plot in darkness, and deceive us, they do not escape the attention of our God.  They can turn our world upside down, but they do not have control over our lives unless we surrender to them.  God is our Protector, our Provider, and our Comforter.  He  rules and reigns over the darkness and He is aware of everything!  There are no secrets in His kingdom and Evil will not win!

Email ThisBlogThis!Share to TwitterShare to FacebookShare to Pinterest
Labels: Out There, Self-Defense, Terrorism