John Kerry and The Wrath of God

It's been awhile since my Biblical worldview has come so sharply into focus.  But this news story makes it awfully hard to dismiss.  Israel National News reported a story in which a group of Rabbis, calling themselves the Committee to Save the Land and People of Israel, wrote a letter to Secretary of State John Kerry, in which they warned him to stop his antagonistic actions toward Israel. 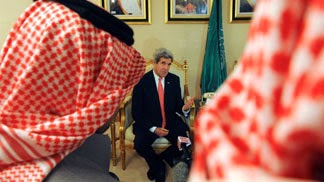 One can hardly blame them.  The Secretary of State was supposed to be on a peace-brokering mission, yet if we were to take a look at the history of his comments about the nation of Israel, one might question his ability to be a proper mediator.
You will recall in 2009, Israel announced it had implemented a naval security blockade of the Gaza Strip after the area was taken over by the Islamist terrorist group Hamas two years earlier.  But a group of activists, including members of Hamas, the Turkish IHH terrorist organization, and Americans, tried to break the blockade, leading the Israel Defense Forces to board the Mavi Marmara. Several people died after IDF personnel were attacked upon boarding the vessel.  Kerry personally vouched for the anti-Israel activists from America, calling them a “humanitarian delegation” of which he expressed “strong support.”
Then in 2010 Kerry advocated Israeli territorial concessions that included ceding the strategic Golan Heights to the Syrian dictator Bashar al-Assad, as well as Israel’s ancestral capital to Palestinian Arabs. Why wouldn't the Rabbis trust Kerry, especially since he thinks Assad is just "a man who wants change?"
Then there is his latest, and most absurdly ridiculous claim that Israel "could instantaneously have peace between the 22 Arab nations and 35 Muslim nations, all of whom have said they will recognize Israel if peace is achieved."  What does Israel have to do to obtain that peace?  Just a full pullout from all territories it captured in the 1967 Mideast war, that's all.  And I'd like to see our knowledgeable Secretary of State elaborate a little on that comment ... name which countries and nations.  Syria, where over 136,000 people have been killed in their civil war?  Or maybe Libya, which has no functioning government and is currently run by tribal gangs and militias?   Or maybe he was referring to Lebanon, a nation a hair’s breadth away from imploding and currently under the thumb of Iran’s extremist Shiite proxy, Hezbollah.  Then there's always Egypt.  Does he really expect the Israelis, let alone the world, to believe that nothing less than their extinction will appease the enemies of Israel?
That brings us back to the letter from the Rabbis.  And they weren't subtle.  Israel National News reported the rabbis sharply criticized Kerry for his plans to establish an Arab capital in Jerusalem for Palestinian Authority (PA) Chairman Mahmoud Abbas, and to have Israel withdraw to the 1949 Armistice lines.  Earlier this month, Kerry threatened Israel with an international boycott if peace talks fail, in addition to previous threats of a "Third Intifada" last year.  Here's the opening lines of the letter in response to Kerry's irresponsible comments: 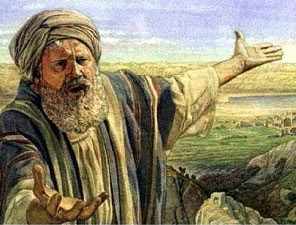 "Your incessant efforts to expropriate integral parts of our Holy Land and hand them over to Abbas’s terrorist gang, amount to a declaration of war against the Creator and Ruler of the universe. For G-d awarded the entire Land of Israel to our ancestors, Abraham, Isaac and Jacob, in order that they bequeath it, as an everlasting inheritance, to their descendants, the Jewish people, until the end of all time."  (As a Bible-believing Christian, I can find no argument with that statement!)  The letter goes on, "If you continue on this destructive path, you will ensure your everlasting disgrace in Jewish history for bringing calamity upon the Jewish people – like Nebuchadnezer and Titus who destroyed, respectively, the first and second great Temples and the entire Holy City of Jerusalem, and who, by Heavenly punishment, brought eventual disaster upon themselves, too.  By the power of our Holy Torah, we admonish you to cease immediately all efforts to achieve these disastrous agreements – in order to avoid severe Heavenly punishment for everyone involved."
Here's the thing .... I have scanned the internet for various viewpoints on this development, and almost without exception, these rabbis are called "hard-line nationalists" or "Ultra-Nationalists" or "Right-wing", which just goes to show you how little most people know about the Bible, let alone believe its every word is Truth.  I daresay our Secretary of State probably falls in both camps, as verified by his shallow and uninformed comments.  But he would do well to pay more attention to the Bible's warnings, as so eloquently expressed by the Rabbis.
The letter closed with a reference to the upcoming Jewish holiday of Purim, in which the Book of Esther records how Haman's genocidal plots against the Jewish people were turned against him and he was "hung on the very same gallows he had prepared for Mordechai, the Jew."
I pray that our Secretary of State will listen to these Biblical warnings, and that the foreign policy of these United States would more rightly conform to God's desires for His chosen people.  It will go much better for us as a nation, if that were so.

Isaiah 8:10    "Take counsel together, but it will come to nothing; Speak the word, but it will not stand, For God is with us."