Glenn Beck: THIS Is What The Flag Means!

For the most part, I applaud conservative talk host Glenn Beck for his political and social views.  We share a dismal view of the direction of the country, and the world, for that matter.  We are both troubled by the rampant moral decay and the corruption.  We abhor abortion, hate the intrusion of Big government in our lives, and champion the Constitution; especially our Second Amendment Rights.
Sometimes I think he's on the wrong side of issues; not so much ideologically, but because he hasn't done his due diligence on the subject.  Take his love for Nikola Tesla and his disdain for Thomas Edison, for instance.  Or consider his recent sarcastic scorn over Area 51.  If you are like me and some very close friends who have done a deep, deep, deep Biblical study into the implications of these topics, then you know what I'm talking about.  Otherwise, let's just leave it as one of my tin-foil hat conspiracies.
But back to Glenn.  Last week he went on a righteous rant about the state of America.  Right Wing Watch, a decidedly left-leaning website, was only too pleased to report on Mr. Beck's tirade.  While they gave an obviously one-sided review, picking and choosing his most inflammatory comments, I would like to issue my own statement about some of the most provocative remarks.  I heard the entire segment, and while I agree on his overall assessment, there was one aspect that I would especially like to address.
"I'm an American, and I still know what I believe.  But, I will tell you this," he observed, "the country, the institution, what that flag, those buildings that the flag flies over, what the flag is becoming, what it means to the rest of the world, I DON'T KNOW! I don't care!"  He was just beginning ...  "I'm not about the flag, I'll burn the flag every day. In fact, I'm really considering burning the flag. I may do a show really super soon where I burn the flag. And if you don't like it, then maybe you should figure out what the flag means."  While he vowed to defend the Constitution to his last breath, Beck said "I'll burn the flag every day of the week". 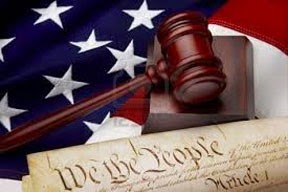 Well, Mr. Beck, I, too, am an American and let me tell you what I believe; especially about our flag.  I would refer you to an eloquent essay on the meaning of our flag, by Henry Ward Beecher, an early 19th-century abolitionist and clergyman.  He articulates the significance of our flag far better than I ever could.  Among his statements are these:
•  [The flag] means the rising up of a valiant young people against an old tyranny, to establish the most momentous doctrine that the world had ever known, or has since known, - the right of men to their own selves and to their liberties.
•  Our flag carries American ideas, American history and American feelings … in its glorious insignia, it has gathered and stored chiefly this supreme idea: Divine right of liberty in man.
•  This American Flag was the safeguard of liberty...  It was an ordinance of liberty by the people, for the people. That it meant, that it means, and, by the blessing of God, that it shall mean to the end of time!
• … Accept it, then, in all its fullness of meaning … It is a whole national history. It is the Constitution (my emphasis) … Forget not what it means … be true to your country’s flag.
Now let me share with you what happened this past week, and why the flag has special meaning for me.  After being a part of the Chris Kyle Memorial charity event, it became clear that a lot of Americans are still patriotic and still believe in what this country has stood for. ( I will agree that our national identity is changing, both abroad and at home -- and not for the good.  But that doesn't mean that I associate the flag with how someone else is misrepresenting it.  The flag STILL stands for those same ideals that Henry Ward Beecher expressed in the mid-1800s! )
Back to my story -- after paying tribute to our valiant warriors who defend this nation -- and its flag -- we were surprised and honored to receive a special package in the mail from one of those warriors.  Inside the box was a carefully folded flag, with a hand-written note that read, "Hopefully, you can find a home for this flag.  I carried it in combat.  Enjoy!"  Along with this treasure was a certificate from the Special Operations Command that stated this flag had been flown during a successful mission in Afghanistan, resulting in the capture of insurgent forces responsible for terrorist activity.  The final inscription on the certificate read, Cherish this flag and your freedom.  Much has been sacrificed for both.
To say that we were choked up, is to put it mildly.  So, I would say to you, Mr. Beck, that I feel sorry for you if you no longer know or care what the flag means.  Because I can tell you that every person who has gone into battle carrying it --- from the Revolutionary War to the current wars --- knows what it means, and desperately cares about what it stands for.  The flag we received as a gift was the banner of freedom that accompanied those willing to fight for our liberties.  To say that you would consider burning it is a disgrace to the memories of all those who died holding it aloft.  Perhaps you should speak to your friend, Marcus Luttrell, the Lone Survivor, how he feels about your remarks.
Finally, I would like to remind you that a flag, or banner, has great significance as a symbol in the Bible.  In fact, one of the names of God in the Bible is Jehovah-Nissi, the Lord-Is-My-Banner.  (In Exodus 17, you can read how God, as the Israelites banner, insured their victory in battle).  In ancient times, banners were often a bare pole with a bright shining ornament which glittered in the sun; but it was more than that.   It was an ensign or standard carried in the midst of battle to indicate the line of march, or the rallying point, and, as such, is closely aligned with victory.
I would venture that the flag holds that same meaning to millions of Americans today.  It is our symbol of liberty against tyranny; it is our ideas, our history, our faith and our freedoms; it is the symbol of our Constitution --- it is our rallying point.  It doesn't matter what it means to the rest of the world; I don't care about that, and therefore agree with you on that point.  But it does matter what it means to us Americans, and I know what it means to me and all those who have died for it.
Our leaders can drag it through the mud and even try to make it mean something different, but it is at the heart and soul of who, we as true Americans, really are.  And they can't change that.  So I will chalk up your attack on the flag as a lapse in judgment during a moment of impassioned indignation.  You didn't really mean you'd burn the flag every day of the week .... did you?

Isaiah 11:10     And in that day there shall be a Root of Jesse, Who shall stand as a banner to the people; For the Gentiles shall seek Him, And His resting place shall be glorious.

Email ThisBlogThis!Share to TwitterShare to FacebookShare to Pinterest
Labels: Pariotism