Thanks to a series of articles I found on Truthstream Media, I'd like to present you with some interesting stories and facts regarding what is acceptable in our diet.  This first story centers around a policy in Manitoba Canada and its provincial government’s Early Learning and Child Care lunch regulations.  This program requires children’s lunches to be checked against the Canadian Food Guide and then “supplemented” by the workers of the school. The “supplementation” comes with a fine of $5 per child, which is taken directly from the parent’s account.
Natalie Logan's mother received a note from the school saying that the lunch she provided her daughter did not meet the lunch program requirements.  Natalie's lunch included leftover roast beef, potatoes, and carrots, with an orange for dessert, and a container of milk.  What was she lacking?  Her lunch did not include a Grain, so the lunch program supplemented it with, what else?  Ritz Crackers!  And fined her mother $10!!
Ritz Crackers contain no fiber, no protein, and no vitamins, but their GMO-laden grains and High Fructose Corn Syrup meets the requirements of the government of the province of Manitoba?  And if you think this kind of misguided information couldn't happen here in the good ol USA, think again.
"Conflict of Interest" doesn't even begin to cover a so-called fact sheet on the benefits of processed foods that the International Food Information Council (IFIC) distributed to the members of the Academy of Nutrition and Dietetics.
UNTIL you realize who their sponsors are ... including, but not limited to, Cargill, Coca-Cola, Dr. Pepper Snapple Group, General Mills, Mars, McDonald’s, Monsanto, PepsiCo, Red Bull, and Yum Brands (this last being the parent company of Taco Bell, Pizza Hut, KFC, and WingStreet. 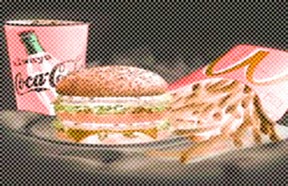 According to their website,  ”The International Food Information Council Foundation provides food safety, nutrition, and healthful eating information to help you make good and safe food choices.”   Sounds good, right?
So when the IFIC puts together their ”fact” sheet,  “What Is A Processed Food? You Might Be Surprised!”, well .... let's just say, you will be surprised at their findings.   For instance, consider this from their information sheet .... FACT:  breakfast cereals, like frozen vegetables and roasted nuts, are processed.  But here's the TRUTH (according to a group called Dietitians For Professional Integrity, who champion real food for real health): The IFIC conveniently fails to mention that, unlike most breakfast cereals, the freezing of vegetables and roasting of nuts does not obliterate nutrients. Nor do frozen vegetables and roasted nuts contribute artificial dyes, artificial flavors, chemical additives, or partially hydrogenated oils to people’s diets.
As if that lie is not enough, the IFIC makes an absurd comparison between modern-day processing techniques and traditional methods, stating “Food processing began about 2 million years ago, when our ancestors put flame to food”.  But our Dietitians with integrity point out that heating food has nothing in common with partially hydrogenating oils, making aspartame, or turning corn into high fructose corn syrup.
So, it goes without saying that we have to ask, "Are the Nutrition Professionals in bed with Big Food?"  Industry watchdog Eat Drink Politics reports that various forms of corporate sponsorship by Big Food are undermining the integrity of those professionals most responsible for educating Americans about healthy eating.  When Coca-Cola and Nestlés sponsor symposiums in which nutrition attendees are educated on the benefits of sugar, don't you have to question the professional's advice?  Don't you think it's a real problem when the people sponsoring the nutrition lessons are the very purveyors of GMO crops, potato chips, soda pop, and fast food?
As consumers become more aware of the dangers of a GMO-related diet, states are fighting to mandate GMO labeling.  Initiative 522, in Washington, could be the first in the nation to force companies to give consumers some sort of clue if what they are eating has been genetically modified.  So why does it come as no surprise that Monsanto and DuPont, two of the nation’s largest producers of GMO seeds in the U.S., have given a combined $8.7 million towards I-522′s defeat — nearly half of the $18.1 million raised against the labeling initiative so far.
But they aren't the only ones in the Big Food group who are fighting to keep the consumer in the dark on the lack of nutritional value in GMO ingredients.  Campbell Soup Company, Del Monte, General Mills, Smuckers, Ocean Spray, Welch Foods and Sunny Delight Beverages are just a few who are siding with Monsanto and DuPont.  Why are they fighting so hard?  Because, in Europe, they are further ahead in the battle to force these companies to drop their GMO ingredients from products.
If the American people actually knew how much of their average grocery store has been genetically engineered — some estimates say as much as 90% — there might be an uproar leading to a real food revolution where companies would be forced to spend more money using better ingredients in their products.
The bottom line is this:  we should have the right to make an informed decision about what we put into our bodies.  Why should we have to eat what they want to feed us -- especially if it is nutritionally inferior -- just because it might last longer on the shelf, cost them less, or look more cosmetically appetizing?  For Big Food, it's about the Almighty Dollar.  For American consumers, it's about our health and our very lives.

Genesis 9:3      Every moving thing that lives shall be food for you. And as I gave you the green plants, I give you everything.