I am treading on thin ice here.  I will admit that I do not have great knowledge about the electric energy market.  But, after receiving an email from our state representative of the 912 Association, a non-partisan national organization interested in returning to the Principles and Values at the founding of this nation, I figured I better educate myself on the subject.  This post is the result of my rudimentary research. 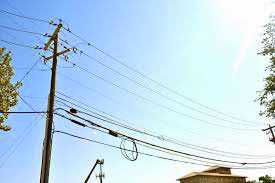 The first thing that is important to know is that there are three grids in the Lower 48 states: the Eastern Interconnection, the Western Interconnection — and Texas.  The Texas grid is called ERCOT, and it is run by an agency called the Electric Reliability Council of Texas, from whence it derives its name.  ERCOT was formed in 1970, in the wake of a major blackout in the Northeast in November 1965, and it was tasked with managing grid reliability in accordance with national standards. The agency assumed additional responsibilities following electric deregulation in Texas a decade ago. The ERCOT grid remains beyond the jurisdiction of the Federal Energy Regulatory Commission, which succeeded the Federal Power Commission and regulates interstate electric transmission.
So it should come as no surprise that, in today's climate, there are entities within the federal government who would love to see Texas's independence curbed, and more regulation put in place.  While Texas has had occasion to import power outside the state -- from Mexico in 2011 during rolling blackouts -- the Lone Star state's main objective has been to keep the federal regulators at bay.  Now, there is a new effort to rein in that independence.
At the basis of this controversy is the question of whether Texas will have enough energy to meet its future needs.  Last year, grid operators released a report by the Brattle Group that said low natural gas prices, a more efficient generating fleet, and a boom in wind power have combined to shrink the returns that power plants can expect for the energy they produce. As a result, the report said, power companies have built fewer plants that would help meet future electricity demand, which has increased at a rate of 2.3 percent since 2002.  Combine these market findings with hotter summers, colder winters, a booming population, and lack of investment in new power plants, and it all adds up to generate talk that Texas might transform its energy market, shifting from “energy only” to a “capacity” market. What does that mean, and why does it matter?
It all comes down to a question of insurance ... how much backup energy capacity should Texas have on hand for its hottest days, and how can it best maintain that cushion?   Under the current wholesale energy model, utilities are paid only for the energy they generate. In a capacity model, companies are paid for maintaining a reserve capacity — costs that consumers bear.  Shifting to a capacity market is one change that would open the door to regulation and allow regulators to mandate a reserve margin.
ERCOT currently aims for a 13.75 percent reserve margin, but that is a goal, not a requirement. The Council projects the real cushion will shrink to 9.4 percent by 2018 and 4.5 percent by 2023.  Now it seems, in a nonbinding vote, the Public Utilities Commission of Texas has decided to require a reserve margin.  The primary function of the PUC has been to provide statewide regulation of the rates and services of electric and telecommunications utilities.  Although the PUC’s mission is supposedly to “protect customers, foster competition, and promote high quality infrastructure”, one has to ask oneself, how do higher consumer costs to fix a problem that ain't broken, "protect customers"?  So the obvious question, for this consumer is, who is going to benefit from this change?
If you listen to the Feds, who are insisting that the free market won’t supply enough electricity to keep the lights on here in Texas, we will soon be subject to rolling blackouts. So, what's their solution?  Why more government, of course!  They want to take apart the competitive electricity market and re-regulate it, turning it into a capacity market that would impose an electricity tax on Texas consumers of about $4 billion a year!  In essence, this is a tax that would fund subsidies for electricity generators and their bankers.  And when you consider the reality of the electricity market in Texas, it amounts to nothing more than a bailout.  Let me explain further: 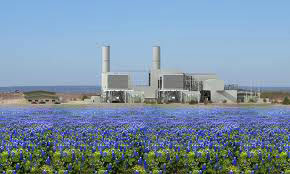 Companies that generated electricity loved the profits when competition was first introduced over a decade ago.  But now the electricity market is more efficient, and those huge profits have come down in size.  That makes those government subsidies look awful inviting!  Add to that, the fact that a lot of bankers and Wall Street investment firms want to profit by loaning money to electricity generating companies. With Texas being about the only state in the country where new generation is being built, they like the idea of a capacity market (regulated reserves) to decrease the risks of their investments.  There is also the reality that, back in 2007, many firms invested money in the Texas electricity market betting that high natural gas prices would keep electricity prices and profits high.  That didn't happen.  Natural gas prices went south, taking prices and profits with them.  Considering those investment losses, investors would love a new revenue stream (tax) from a capacity market to help bail out them out of their poor investments.
Those who favor a switch from "energy only" to a "capacity market" in the electricity industry, seem to misunderstand that this would create a huge burden on Texas families.  And perhaps they don't understand that switching to a capacity market will do to the competitive Texas electricity market what the federal government is currently doing to the healthcare market.  Or do they misunderstand? Texans should question the PUC's motives in requiring a reserve margin of electricity.  Are they overstepping their bounds of authority?  In 1999, the Texas Legislature told the Public Utility Commission that it should “authorize or order competitive rather than regulatory methods to achieve the goals …of the Legislature’s shift to competitive markets."
If a shift to capacity markets takes us down the paths of government subsidies, more federal involvement and regulations, and more taxes on the Texas consumer, then it seems to me that the PUC is failing in its mission.  And this should be a warning for the rest of the country, too.  Texas is on the front lines of this issue, but you can rest assured that it is coming to your state, too! The abomination that is the Affordable Care Act, should tell all of us that the less the government is in our business, the better off we will be.  I don't want the Feds in charge of my healthcare, and I certainly don't want them controlling my energy needs!

Thanks to editorials in the Texas Tribune, the New York Times, Forbes Magazine, and the Texas Public Policy Foundation for their efforts in helping us laypersons understand this complicated subject.  And special thanks to Thelma Taormina, President of the Texas 912 Association, for her tireless work on behalf of freedom-loving Texans, and for bringing this issue to my attention.

Proverbs 29:12    "If a ruler listens to falsehood, all his officials will be wicked. "