Has Our Idea of Heroes Changed? 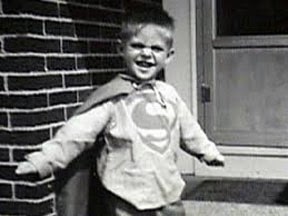 This might seem like a lightweight subject for a post, but it is a serious question that reveals the state of our culture.  By definition, a hero (or heroine) is someone who is admired or idealized for courage, outstanding achievements, or noble qualities.  But when you look at who is often considered a hero in today's society, they are anything but noble.
The latest over-indulged reality TV star, or any number of overpaid, thug, gangsta athletes are often looked upon as role models among impressionable kids.  We find our children mesmerized by every syllable and image of the latest music or movie idol; as if their very existence is reason for celebration and worthy of imitation.
When did we start paying tribute to the flawed, instead of the valiant?  What happened to men and women who truly exemplify the best of the human experience?  I contend that they still exist; it is our view of them that has changed.
In my childhood, one who had achieved the status of hero or heroine usually was seen in the light of their moral, ethical, or virtuous attributes.  Somehow, their lives had brought them to a juncture in which they were faced with a decision; a decision that resulted in them doing something so unselfish, so decent, or so courageous, that the average person was left in awe of their actions.  They were the best that we could hope to be.  We admired them and wanted to be like them!
Who didn't respect the bravery of Audie Murphy, America's most decorated combat soldier of World War II?  Or the exploits of Amelia Earhart or Charles Lindbergh, explorers and pioneers in the aviation field?  Anne Frank; Martin Luther King, Jr.; Jackie Robinson or John Glenn -- they all overcame obstacles and showed their abilities to transcend the limits imposed on them by mankind. 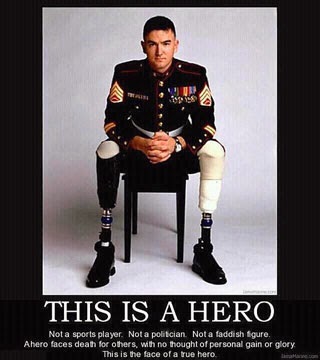 I contend that in elevating these people to "hero status", we were able to contemplate the hand of God in their lives.  When, as a nation, we esteemed God, we esteemed the people who exemplified His characteristics.  But when this nation began listening to the whispers of the Enemy, and sought to remove God's influence in our lives, it became necessary to view our heroes differently.   We had to redefine what a hero was in order to match our new national conscience.
When God's authority is no longer visible in the public arena, our culture no longer displays righteousness, goodness, decency; nor admires it!  Our fall into depravity can be seen in the likes of Lady Gaga, Lindsay Lohan, Kim Kardashian, cheating and lying politicians, and Corporate fraudsters.  Take for instance star athletes.  Stan Musial was one of my heroes as a young child growing up in St. Louis, but the list of  crimes committed by today's physically gifted would appall that kind and humble man:  sexual assault, bribery, murder, kidnapping, drug trafficking, money laundering and fraud!
When a society no longer delights in the attributes of God, they cannot venerate those characteristics in others.  That society must applaud others that look like themselves; otherwise if the righteous are held in high regard, it only serves to shine a bright light on their own depravity.
But I have hope.  There are still good heroes; men and women who are esteemed for the right reasons ... Tim Tebow refuses to bow to societal conventions; Malala Yousafzai, the Pakistani girl who stood up to the Taliban; the brave men and women of our military continue to sacrifice for others; and there are the everyday heroes in each of our lives -- those people who do the right and decent thing, without fanfare, and without regard for recognition.
"Hero" is a subjective term; based on our personal feelings, emotions and philosophies.  But you can  tell who the authority is in a person's life by their heroes.  To borrow from a quote by theologian John Piper ... “All heroes are shadows of Christ”.  What does that say about your heroes?

Isaiah 33:15-16      "He who walks righteously and speaks uprightly, who despises the gain of oppressions, who shakes his hands, lest they hold a bribe, who stops his ears from hearing of bloodshed and shuts his eyes from looking on evil, he will dwell on the heights;"
Posted by Pam Kohler at 7:00 AM