A Word To Hollywood: Don't Mess With Texas!

Noel Sheppard, Associate Editor of NewsBusters, printed a chilling article on his site yesterday.  Apparently, a group of Hollywood comedians have combined their efforts and questionable talents to raise money for various Texas abortion funds.  The classy title they chose for their benefit?  "A Night of a Thousand Vaginas". 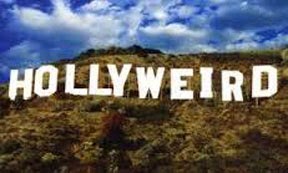 The benefit was sponsored by a reproductive rights organization called A Is For... and starred comedians Sarah Silverman and Zach Galifianakis, among lesser known names who are associated with Comedy Central.  Silverman is best known as a stand-up comedienne who addresses social taboos and controversial topics such as racism, sexism, religion, and obviously, abortion.  Galifianakis has gained some fame in The Hangover movie series.
So now both of these funny people have decided they need to get involved in Texas politics.  You see, Texas law has set new standards for abortion clinics, requiring them to meet the standards for an ambulatory surgical center and also be within 30 miles of a hospital. But an estimated third of Texas abortion clinics are out of this range and don’t want to invest the millions necessary to upgrade their facilities.  Obviously, with a third of the abortion clinics unable to comply with Texas law, this creates a huge stumbling block for women who want to kill their babies.  So Sarah and Zach think it is their civic duty to help all these disadvantaged women get the abortions they so desperately "need".
In Zach's own words, "A is For is organizing this emergency benefit to raise money for Texas abortion funds (Lilith Fund, TEA Fund, Whole Women’s Health Action Fund, and Fund Texas Women) who are working to help women affected by this law by providing financial support to help cover procedures, travel, lodging and child care."  It's all about the women, isn't it?  Can any of these people look beyond their selfish motives and see that a child has to die in order for these women to get this "support"?
And what makes these Hollywood lamebrains think that it's OK to stick their noses in our business? Why do they think we need their help to manage our social and cultural issues?  And what exactly qualifies them to have a say?  Silverman seems to thrive on using her biological parts for humor. The Townhall website reported that in November, she co-hosted a pro-choice Texas telethon. That event featured vagina costumes, filthy language and just plain vulgar gestures.  Galifianakis doesn't fare much better in his comedic presentations; that is, if you like crude, lewd and rude, then Zach's your guy.
As a Texas woman, I am offended by their offer of "charity".  We, in Texas, regardless of whether faith plays a part in our opinion on abortion, do not need the help of soul-destroying outsiders with skewed social consciences.  All I have to do is take a look at some of the organizations they propose to fund, to know that I oppose their efforts. 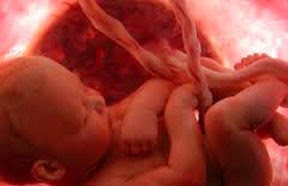 In fact, one of the beneficiaries of their fundraiser, the Lilith Fund, lists the following as their mission statement:  The Lilith Fund believes in reproductive equity. The right to choose an abortion is meaningless without access to abortion services. Restrictions on abortion access and funding are discriminatory because they especially burden low-income patients. We oppose all efforts to restrict abortion rights and are committed to fighting for access to abortion.  So, I imagine that "all efforts to restrict abortions" includes third trimester abortions?  Do I need to remind anyone of the name Kermit Gosnell and his murderous terminations of innocent life?
Why do I get the feeling that the Hollywood Left don't have any meaning in their lives unless they have a "cause" to fight for?  And what makes them think they are qualified to be spokesmen, or that the rest of us even care what they think?  I always find it ironic, that these clowns who have made millions off the backs of us regular people, don't give their money; they are always trying to solicit other people's money.  Unfortunately, there were enough other soulless individuals in the audience, that the telethon raised $50,000 to further their diabolical "cause".
In the end, groups such as The Lilith Fund like to throw around terms like "reproductive equity", "reproductive justice", and "fundamental right to abortion".  Equity and justice imply fairness and impartiality; fundamental right suggests that it belongs to all human beings.  Take a look at a fetus at 20 weeks and see the beating heart.  Where's the fairness and the equal rights for that baby if another human being wants to destroy it?
A Is For ... is a clever name for the organization behind this assault on Texas.  They will tell you that the A is for All, or Abortion.  To me, it stands for Abomination Against the Lord.  And I don't find that funny, at all.

Exodus 23:7     "Keep far from a false charge, and do not kill the innocent and righteous, for I will not acquit the wicked."