The State Vs. Family & Faith 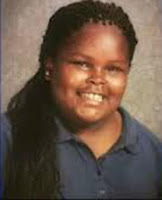 The tragic story of Jahi McMath has haunted me for days.  Today at 5:00 a judge determines whether the State or her family has the right to make decisions about her future.  During the hustle and bustle of the holiday season, her story has often been relegated to 20 second sound bites during the day's news wrap-up.  But her story is one that could foretell what awaits any one of us in this new age of healthcare.
As all the major news networks have reported, 13-year-old Jahi underwent a tonsillectomy at Children's Hospital in Oakland, California on December 9th to treat sleep apnea. After she awoke from the operation, her family said, she started bleeding heavily from her mouth and went into cardiac arrest. Doctors at Children's Hospital concluded the girl was brain dead on December 12th and wanted to remove her from life support. The family has expressed concerns about the possibility of negligence in her treatment and asked that she remain on life support.
What ensued has been disturbing to me from both a moral/ethical standpoint, as well as legal. I will admit that I do not have any medical or legal training to offer an educated opinion in the matter, but my faith as a Christian gives me a perspective that sometimes falls outside the parameters of both medicine and law.
So here's how I see what has happened to this beautiful child:  Children's Hospital has allegedly declined to help the family with its wishes to continue to care for Jahi.    In recognizing the hospitals reluctance, Jahi's family would like to have her transferred to a nursing facility which would continue to keep her on life support until further options for a recovery could be explored.  But before Jahi can be transferred, she must undergo two more medical procedures — the insertion of a breathing tube and a feeding tube.  However, Dr. David Durand, the hospital's Chief of Pediatrics, released a statement last Thursday, saying "Children's Hospital Oakland does not believe that performing surgical procedures on the body of a deceased person is an appropriate medical practice."
And according to MercuryNews.com, "The family faces a court-ordered 5 p.m. Monday deadline [today] to pull Jahi off her ventilator at Children's Hospital.  Jahi's family [still] does not accept that she is dead and has been scrambling to find a long-term care facility. But hospital officials said Friday while it would send the girl to such a facility it wouldn't install a trachea or gastric feeding tube necessary for most facilities to accept her."
To add insult to injury, an article written by Arthur Caplan, PhD, on Columbia University's bioethics.net website gave this observation:  "Brain death is death.  It has nothing to do with being in a coma.  It does not refer to a permanent vegetative state.  When it is pronounced using the standard tests and diagnostic procedures, a person is dead.  When a person is dead there is no longer any possibility of ‘life support’ by any technology or machine.  When a person is dead, life support has to end, since regardless of what parents, judges or legislators might want to believe, no physician can do anything to treat death."
Yet, I would like to refer Mr. Caplan to an article at The Telegraph in the UK about Steven Thorpe, who at the age of 17, suffered horrific injuries in a multiple car crash, leaving him in a medically-induced coma and another man dead.  Steven was rushed to the hospital and surgeons performed a craniotomy to help alleviate any swelling on his brain.  But despite the operation being successful, brain scans failed to detect any electrical pulses and he was declared brain dead.  As expected, hospital officials recommended removing Steven from life support and suggested that his parents begin thinking about organ donations.
But this was a case where the hospital listened to the parents, and considered their wishes.  They refused to give up and, while Steven's case has been called "a miracle" and "extremely rare", Critical Care and other specialist teams at the hospital continued to support his systems through his critical period and gave Steven a chance to recover and make progress against all the odds. 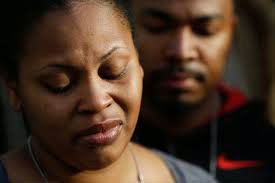 And that's all Jahi's family is asking.  In a letter released to the public on Saturday, her family said, "We have our strong religious convictions and set of beliefs and we believe that, in this country, a parent has the right to make decisions concerning the existence of their child: not a doctor who looks only at lines on a paper, or reads the cold black and white words on a law that says "brain dead", and definitely not a doctor who runs the facility that caused the brain death in the first place... People think we are naive about what the future holds for Jahi and our family. We are not ignorant. We understand that Jahi has suffered a tragic and perhaps irreversible catastrophic injury to her brain.... We acknowledge that the odds are stacked against us. We know that the doctors have pronounced her dead. We heard it shouted at us four times by Dr. (David) Durand. We know the darkness that likely lays ahead for us, for Jahi. We have heard the criticisms that we are harming Jahi and we need to just let go....  So, we are working every minute to preserve our rights and Jahi's existence. It is our fundamental constitutional right, as it would be yours should this horror ever befall you; something I do not wish on anyone, ever..."
Perhaps the most disgusting aspect of this case is that the family is locked in a publicity battle with a hospital who won't release their child's body and has even gone so far as to take to Twitter through the auspices of a legal/public relations firm which has bashed Jahi's weight, lifestyle and health.  As the family describes it, corporate misinformation has intentionally been blogged by paid "guns for hire."
But today at 5:00 pm, Jahi's fate will be determined by the legal system; not by a collaboration between a loving family and caring physicians, as it should have been.  Is this the future of healthcare in our nation?  When three days after an unfavorable surgical outcome, hospital officials are ready and willing to declare that a family is out of options?  When religious concerns and family medical directives are overruled by corporations and lawyers?  Sad to say, I think we all know the answer.  Whatever the outcome today, Jahi McMath and her family are a picture of our future.