As you know, seeing the world and my life through the lens of my faith is just who I am.  My Biblical worldview often casts a different shadow upon events that color my interpretation.  Now, I know that there are those who will say, "Same stuff, different year," but there is a quickening in my soul that tells me we are experiencing anything but "the ordinary".  With that in mind, I wanted to share what I think were some significant events in 2013:

Weather Events of Biblical Proportions:  On the afternoon of May 20th, a massive tornado struck the town of Moore, Oklahoma.  It stayed on the ground for 17 miles, was nearly a mile-and-a-half wide, and registered as an EF5, the highest rating on the Enhanced Fujita scale.  Tornados of this magnitude are strong enough to blow away big houses and collapse tall buildings; their winds are estimated at more than 200 mph.  There were 24 souls killed and more than 324 injured. There were 1,150 homes destroyed, and an estimated $2 billion in damages. It was the deadliest U.S. tornado since the Joplin, Missouri, tornado that killed 158 people in 2011.
In early November, an extremely powerful typhoon hit Southeast Asia, devastating the Philippines.  Typhoon Haiyan, as it would become known, killed at least 6,155 people in the Philippines alone, and is the strongest storm recorded at landfall; unofficially the strongest typhoon ever recorded in terms of wind speed.  The Hong Kong Observatory put the storm's maximum ten-minute sustained winds at 275 km/h (170 mph) prior to landfall in the island country.  According to UN officials, about 11 million people have been affected and many have been left homeless.  The lack of food, water, shelter and medication led to a humanitarian crisis, violence and looting, not to mention population displacement.
Those were the major news events that we heard about here in the States.  But globally, there were was much more going on.  A large number of floods in 2013 devastated the world; including those in Northern India where the worst monsoon season in India in over 50 years resulted in more than 6,500 deaths.  Over 100,000 people were displaced from their homes, and the estimated cost of the damage was between $3–5 billion.  Central Europe, including the countries of Germany, the Czech Republic, Austria, Switzerland, Slovakia, Belarus, Poland, Hungary, and Serbia were all struck by major floods, as were Eastern Australia and Argentina.
Then there was the 10,000-ton meteor that streaked across the sky in Russia, scattering debris and creating a shock wave that knocked out electricity/cell service, shattered over 1 million square feet of windows, and left 1600 people injured.
Isaiah 45:7    "I form light and create darkness, I make well-being and create calamity, I am the Lord, who does all these things." 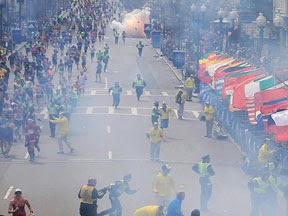 Man's Inhumanity To Man:  On an early Spring morning, two homemade pressure cooker bombs exploded within minutes of each other, and the Boston Marathon became the latest image of terrorism within our homeland.  The loss of life and the horrendous injuries will always serve to remind us how quickly our lives can be changed.  But there is much more to this story than the obvious.  Questions remain as to the motives and the true identities of the alleged perpetrators, and their involvement with US government agencies.  It is a sad commentary on the state of our nation when suspicions about the veracity of the "official narrative" are never satisfied, not to mention the clear and incontrovertible violation of the Fourth Amendment during the manhunt and lockdown of Boston.
The summer of 2013 brought the most terrifying news to come out of the bitter Syrian civil war... a chemical weapons attack killed nearly 1,500 people near Damascus.  Within hours of the attack, dozens of disturbing videos emerged on social media of children and adults gasping for air. Other footage showed dozens of bodies, many of small children, lined up in mosques and hospitals.  Saber rattling between the US and Russia followed, with the world nearly losing sight that this ongoing civil war has cost 100,000 deaths and displaced nearly 6,000,000 Syrians.
In September, militant Muslims attacked the heart of east Africa's economy and staged a terrorist attack at a Kenyan mall for 4 days that left 61 civilians and 6 security guards dead. The attackers specifically targeted non-Muslims, and were later revealed to be part of the al-Queda-linked Somali al-Shabab group.
Among the most tragic stories was that of three women in Ohio who were kidnapped, held for 10 years and subjected to repeated rapes and beatings.  The darkness of their captivity was finally overshadowed with the joy of their freedom, and the nation celebrated with them.
Romans 12:19    "Beloved, never avenge yourselves, but leave it to the wrath of God, for it is written, “Vengeance is mine, I will repay, says the Lord." 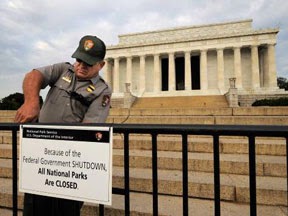 The Corruption of Government:  The IRS scandal is just the tip of the proverbial iceberg.  But who can you believe?  It was obvious that certain IRS agents illegally denied tax-exempt status to specific conservative political groups based on their ideology.  There was a show of outrage by the President, and some grandstanding during congressional hearings, but does any sound-minded citizen believe this was done by lone wolves?
It took an article by a British reporter to reveal the U.S. National Security Agency's secret order to collect millions of phone records of Verizon customers. A subsequent story unveiled a U.S. spy program called PRISM that mined personal data by tapping major Internet companies like Google and Microsoft — without permission or warrants. Countries all over the world went nuts over privacy concerns, and the US's reputation as a trusted ally took a nosedive.  The leaker of such explosive secrets?  A former contractor for the NSA, named Edward Snowden, who had swiped more than 200,000 documents about surveillance programs and wanted the world to know about them.  Equally hailed a hero and reviled as a traitor, no one can deny that Snowden's revelations shook the world and turned the matter of national security upside down.
Then there was the 16-day shutdown of the Federal Government.  The game-playing and name-calling showed the ugly underbelly of our representative form of government.  Over 800,000 federal workers were given paid vacations, under the illusion of being "furloughed"; while landmarks, bloated government agencies, and national parks and museums were closed to punish the people.  The most outrageous display of vengeance was perpetrated against our WWII veterans at their own memorial.
And I can't end this section of my post without at least mentioning the ongoing circus that is the Affordable Care Act.  The outrage of the American people has been evident and it will be interesting to see where this travesty leads in the coming year.  There is no doubt that this signature piece of legislation for the Obama administration has fallen far short of its lofty predictions.  With the impact of these news stories, we can only imagine what 2014 will bring.
2 Peter 2:19    "They promise them freedom, but they themselves are slaves of corruption. For whatever overcomes a person, to that he is enslaved."

I want to end this review of 2013 with words of encouragement and promise.  We can always find the stories of tragedy, and death, and corruption; they are always at the forefront because the Enemy wants us to take our eyes off our reason for hope.  But you can also find the stories that lift our spirits and reveal the presence of God amidst man's fallen state.  They can be the inspirational stories that make global headlines, such as that of Malala Yousafzai, the Pakistani girl that dared to defy the Taliban in her fight for educational rights for girls.  Although she did not win the Nobel Peace Prize, her efforts displayed the perseverance of the human spirit. 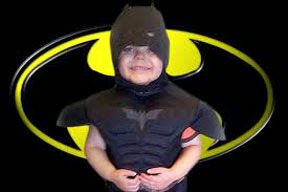 They can also be the stories like the one where the stranger walked into a coffee shop in Canada and bought coffee for the next 500 customers, sparking a pay-it-forward crusade that everyone could get behind.
Who could forget the thousands of volunteers who gathered to transform the city of San Francisco into Gotham City in order to fulfill the wish of Miles Scott, a five-year-old leukemia patient who dreamed of being “Batkid” for a day.  Diagnosed three years ago, all Miles asked from the Make-A-Wish Foundation was the ability to rescue damsels and be a hero for a day.
There are thousands upon thousands of stories like these, and although none of them may make it into the limelight, we should never let the preponderance of man's sins cloud our vision for a brighter future. God has provided us with the awesome opportunity to be in relationship with Him.  And it is through our efforts to get to know Him in a deeper sense, and to work out His will and purpose in our lives.  It is through listening to the still small voice that we create these testimonies of our ability to overcome and defeat the dark intentions of evil men.  Let us rejoice in the Good News that will always conquer the bad; and I pray that in the coming year, you will bask in God's loving Light and become a beacon to the Lost.

Matthew 5:16    "In the same way, let your light shine before others, so that they may see your good works and give glory to your Father who is in heaven."