The Hope Of The World

This morning, many Americans of faith are awaking across our land to celebrate the birth of our Lord.  Others are crowding around beautifully decorated Christmas trees with family and friends, exchanging gifts, eating too much, and enjoying all the festivities that go with a secular holiday.
As you have gathered from the last four Sunday posts, I am viewing this Christmas season through a much different lens.  So today, I am seeing a larger picture than the familiar image of an American holiday.  While the events of a certain bearded family and a successful cable channel have thrown a spotlight on the image of Christianity in this country and its ability to transform and influence our culture, let me give you a bigger concept to reflect upon. 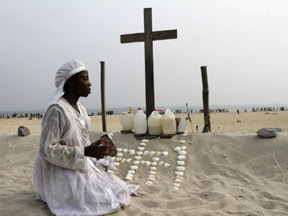 Breitbart.com reports that while Christianity is under attack in the West, the religion is rapidly building strongholds in lands as foreign to Christian churches as Sub-Saharan Africa and Southeast Asia.  To bolster that claim is the assertion that Christianity in the UK is diminishing at a 50% faster pace than believed; and in the United States, the fastest growing religion is Wicca.
Also alarming are the reports that our faith is under severe attack in the very place of its birth -- the Middle East -- as we hear of assaults against Christians across Egypt, Syria, Iraq and other parts of the region.  While there are those that would love to claim that Christianity is on the decline; nothing could be further from the truth -- especially among non-Europeans in what is often labeled the Global South.  Here the Gospel message is oftentimes just beginning, and the future of the religion lies with reaching the furthest corners of the world from its cradle.
In fact, the Good News is that the so-called decline of modern Christianity is more of a relocation than a decline, with Christianity consuming a broader percentage of the globe every decade.  According to a June 2013 report by the Center for the Study of Global Christianity, the countries with the largest increase in Christian populations are currently Nepal, China, United Arab Emirates, Saudi Arabia, and Qatar. The list also includes some of Africa's poorest nations: Benin, Burika Faso, South Sudan, and Mali. No European countries made the list.
But isn't this what Christ called us to do?  To "Go into all the world and proclaim the gospel to the whole creation?"  And didn't He command us to "Go therefore and make disciples of all nations?"  At last, this goal looks as if it could be accomplished!  Christianity has spread from its birthplace in the Middle East, across Europe, and after prevailing in the West for several centuries, it is now expanding exponentially to every corner of the world.
Naturally, this expansion is resulting in growing conflict among the native religions and the burgeoning Christian faith.  Just read my post of December 5th, and you can read about the persecution among Hindus who have turned from their indigenous religion and found the saving grace of Jesus Christ.  The same oppression can be said of new Christians in Sri Lanka, China and North Korea! 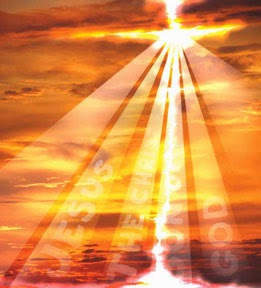 What is so amazing about this phenomenon is that the spread of Christianity among these non-European countries has become so dangerous, that conversion is literally a life-and-death situation.  Which makes following Jesus an extremely courageous step; and yet millions are willing to lose their lives to gain eternity.  Can those who call themselves Christians in the West say the same?
So while Christians in this country are still comfortable in their worship, and many take the observance of Christ's birth for granted, there are millions of new Believers across Asia and Africa for whom this day has much broader meaning.  Their faith is recent and exciting, and every day is a celebration of the source of Living Water in their lives.
But we must pray for our new Brothers and Sisters in Christ; this expansion and growth of Christianity comes at a high price.  In Matthew 24:9, our Lord told us, "Then you will be arrested, persecuted, and killed. You will be hated all over the world because you are my followers."  The rapes, instances of torture, kidnappings, and the slaughter of Christians across the Middle East, Africa and Asia attest to the veracity of this prophecy.  Still, they are coming in droves to the saving grace of Jesus Christ.
So, let this day be about more than a date on the calendar; let us look beyond both the temporal and the outwardly religious manifestations of this holiday.  Let us contemplate the state of our faith beyond our narrow borders and celebrate that Jesus Christ is still the enduring and only hope of the entire world.  And let us rejoice that God's purpose of spreading the gospel throughout the world is about to be fulfilled.  May all the world know the hope to which He has called us, and the riches of His glorious inheritance!

I would like to acknowledge that today is the second anniversary of our friend Ben Breedlove receiving his inheritance.  We loved Ben as a child of our own, and his story is a great inspiration for all of us.  Ben was a true disciple of Jesus, and with his death, was able to spread the Good News throughout the world.  We love you, Ben, and miss you so much!

2 Corinthians 2:14     "But thanks be to God, who in Christ always leads us in triumphal procession, and through us spreads the fragrance of the knowledge of Him everywhere."